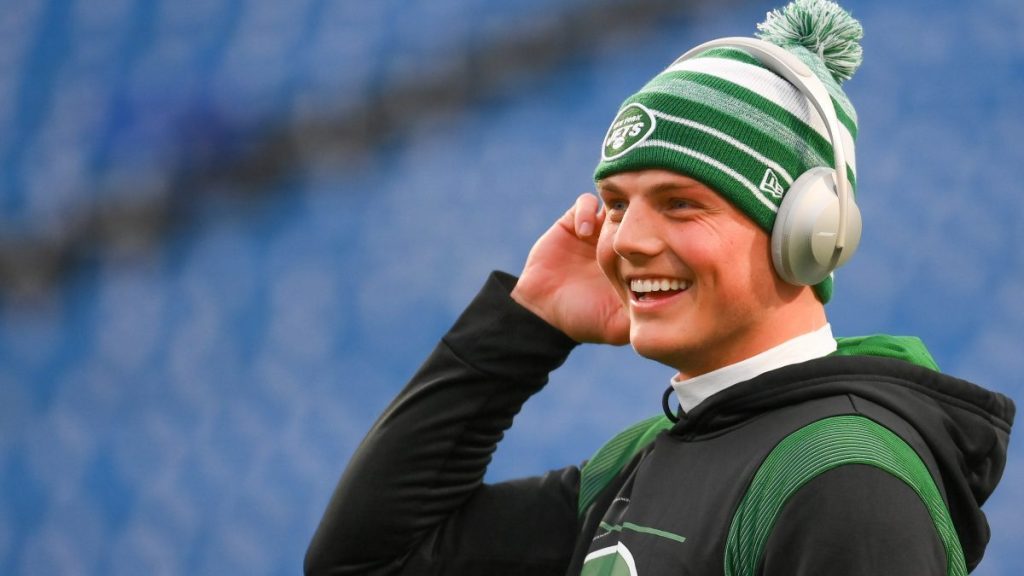 Zach Wilson’s basketball skills are well known after running back Michael Carter revealed his quarterback can throw earlier this week.

Wilson provided video evidence of Carter’s claims, and he went further by challenging another quarterback to a dunk contest. Wilson tagged former Jet Josh McCown, another prolific dunker, in an Instagram post.

Watch New York #Jets QB Zach Wilson gets up and throws him … then challenges Josh McCown to a friendly contest. (IG: zachwilson) pic.twitter.com/jykht4jI4p

McCown is a known basketball player in his own right. A video of him dunking and playing basketball went viral a few years ago. McCown is now 42, so it’s hard to say if he can still play at a high level, but Wilson seems to think he’s a worthy opponent.

McCown is already a fan of Wilson on the football field. He thought Wilson had a higher cap than Trevor Lawrence before the draft and preached patience after Wilson’s poor start to his career.

McCown hasn’t played since 2019 despite signing with the Texans’ practice squad in 2020. He spent two years with the Jets as New York’s main starter in 2018 and then as a backup for Sam Darnold in 2019.