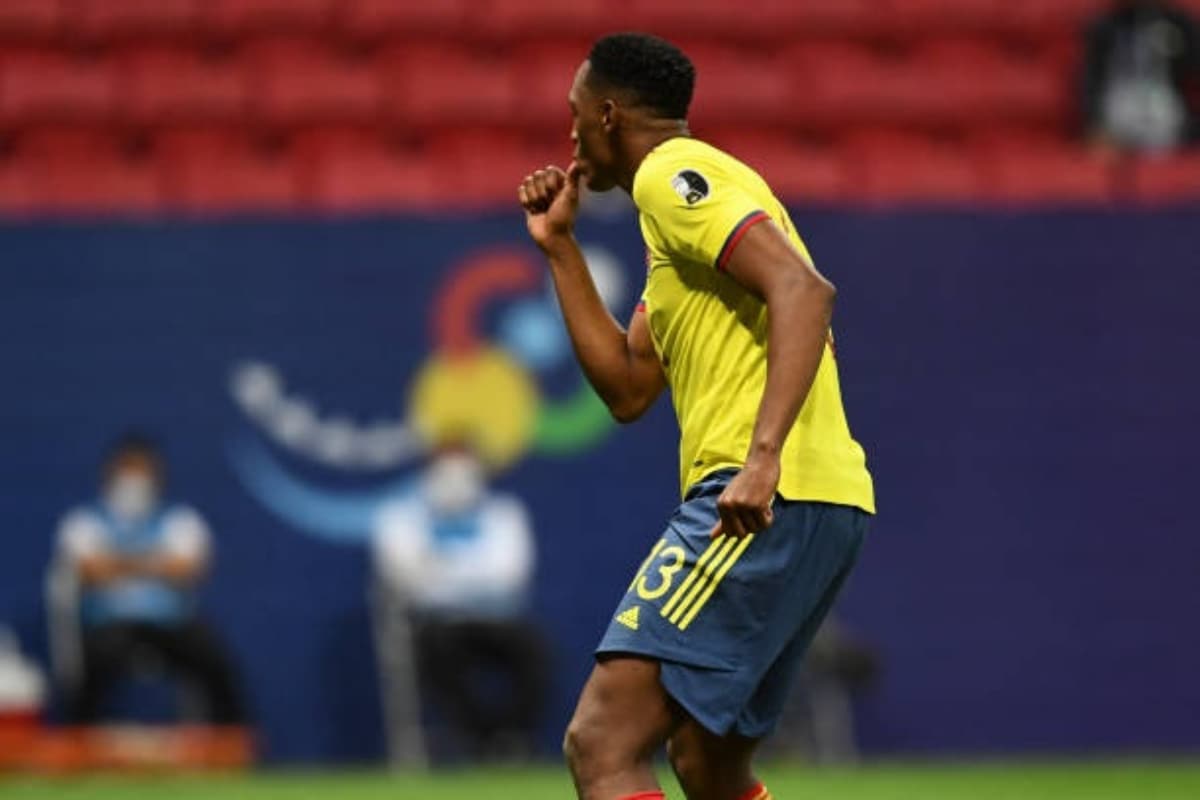 
Colombian Yerry Mina couldn’t help but dance immediately after managing to convert a shot on goal during the penalty shootout in the 2021 Copa America quarter-final against Uruguay.

Cool as we like, Mina found the top right corner without sweating and then started to dance.

Colombia beat Uruguay on penalties (4-2) after the match ended scoreless in regulation time.

The Colombians will now face Argentina in the semi-finals of the Copa America to be played on July 7 at the Estadio Nacional de Brasilia.

Her celebration of the dance, however, left fans divided.

Yerry Mina scores a penalty for Colombia. The party like that. Good old Yerry. Absolutely shameless but you have to love it. pic.twitter.com/YID6FtF04j– fangazzetta (@fangazzetta) July 4, 2021

Yerry Mina with a little dance after his pen made 1-3 Columbia. You must hope to win now my boy. – Hamza Chowdry (@DoorsAddict) July 4, 2021

Colombia totaled nine shots, eight of which were on target, while surprisingly for Uruguay, they had just three shots on target throughout the game. The contest then turned into a penalty shootout.

Jose Gimenez and Matias Vina missed their chances in the shootout, which saw Colombia win 4-2.

Colombia and Argentina have so far met a total of nine times. Argentina won three of these contests while Colombia won only one match while five ended in a draw.

The last time the two sides met was during World Cup qualifying on June 9, when the game ended in a 2-2 draw. Albiceleste had scored two goals in the opening 10 minutes of the game, however, after half-time Colombia came out with all the cannons on fire and managed to hold Argentina to an exciting draw.