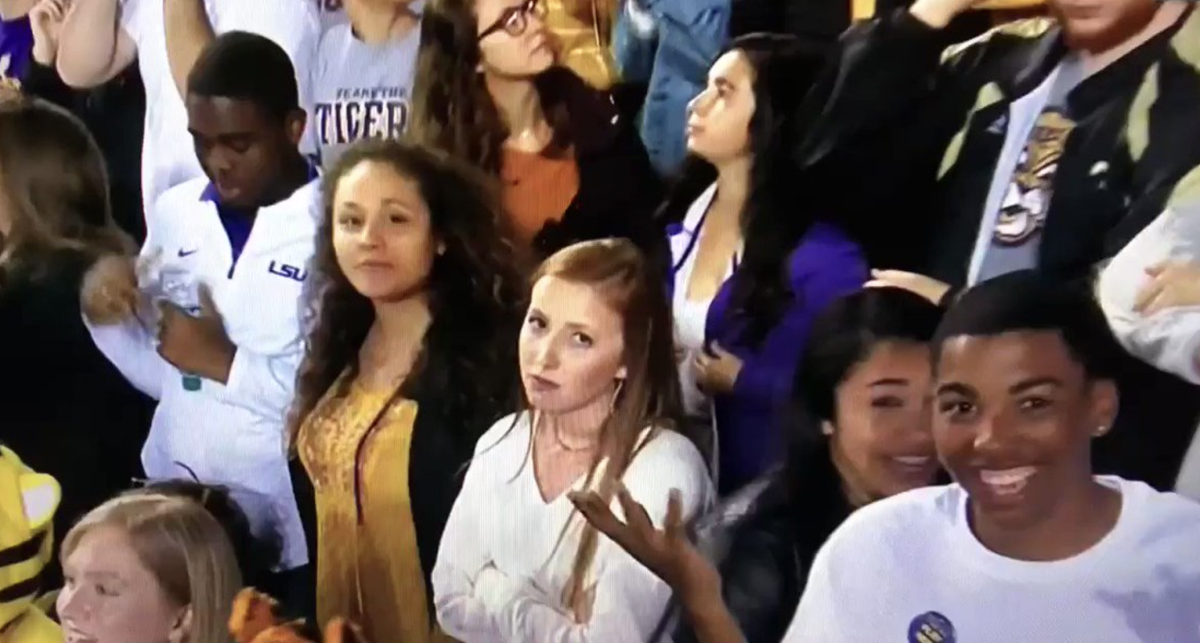 In 2018, the LSU Tigers hosted the Alabama Crimson Tide in Death Valley for a highly anticipated rivalry game.

Unfortunately for the packed home crowd, their football team was unable to pull off a surprise win over No. 1-ranked Tide. In fact, the match ended in a brutal 29-0 shutout in favor of Nick Saban’s team.

During this blowout contest, one fan perfectly captured how LSU Nation felt.

A student section fan looked at the camera with a dazzling side eye as the scoreboard read 22-0 at the end of the third quarter. This fan’s face went viral on social media as the sports world reacted to this SEC beating.

The fan in question, Kaileigh Thomas, posted a series of photos celebrating her graduation on Tuesday.

“I wasn’t in the mood,” Thomas said in 2018, per SaturdayDownSouth. “The camera comes out of nowhere and just doesn’t move. Any other time I would have been totally on it. But I just didn’t. I was like, ‘I don’t want this camera is in my face. I’m so mad at this game.’ »

Thomas’ career as a student/LSU football fan wasn’t so bad. The following year, Heisman Trophy-winning quarterback Joe Burrow led the Tigers to an undefeated season and a national championship win — knocking out Alabama 46-41 along the way.

What are the best atmospheres in all of Europe?