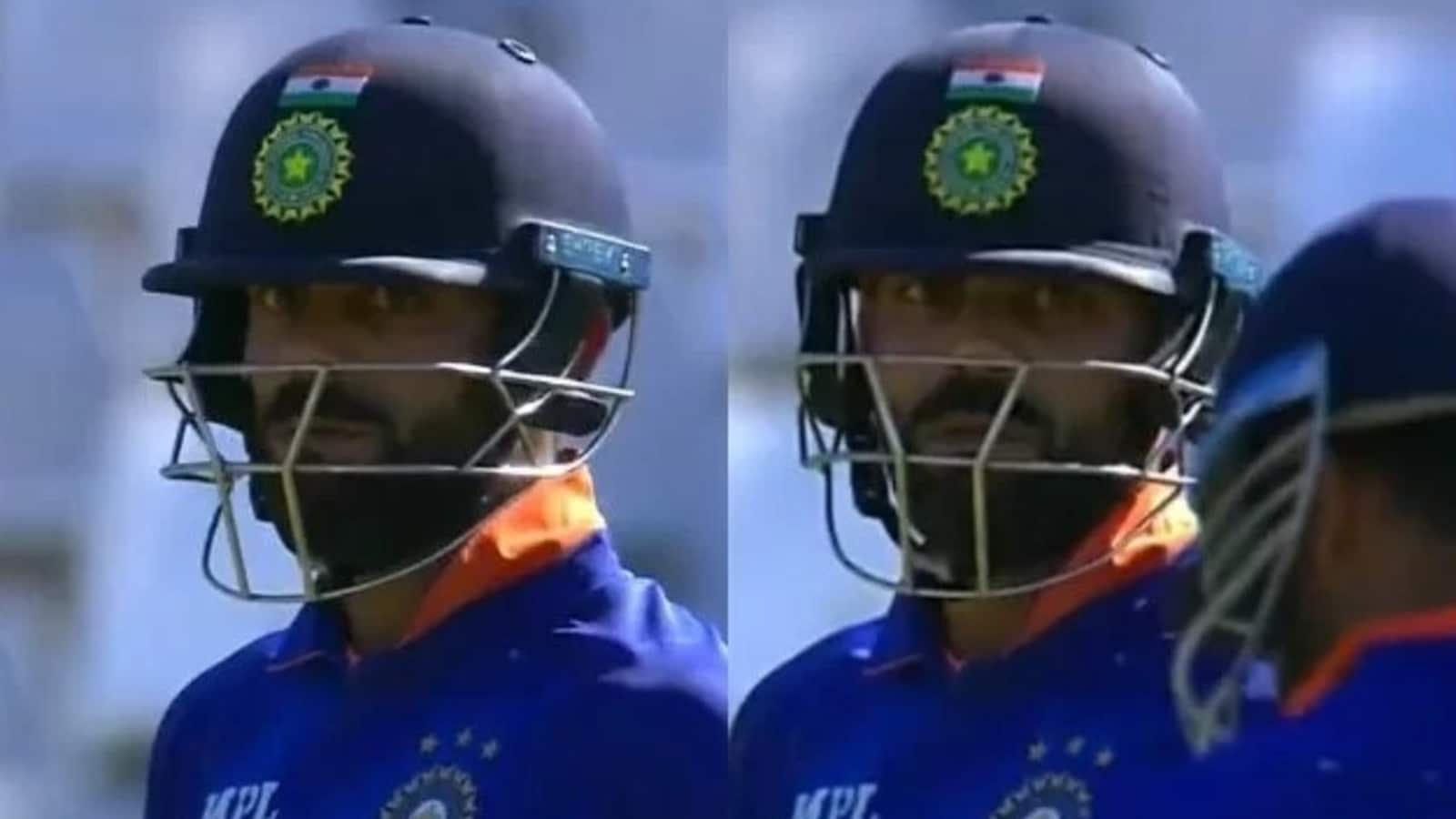 Rishabh Pant, who came to bat at a crucial 288-point pursuit, was dismissed on a golden duck, allowing South Africa to return to the competition.

Rishabh Pant has often been criticized for his irresponsible batting approach and the case was similar in the third and final ODI against South Africa in Cape Town, which India lost by four runs. The wicket-striker, who came to bat at a crucial 288-run pursuit, was dismissed on a golden duck, allowing South Africa to return to the competition.

Trying to go for big hits from the get-go, Pant got taken cover on the first delivery he faced, and it didn’t go down well with the fans. Former India captain Virat Kohli, who was present at the other end, also seemed unhappy with Pant’s decision-making.

As Pant returned to the pavilion, Kohli said nothing instead he continued to stare at the 24-year-old, who threw away his wicket playing an unnecessary shot.

The incident occurred during the final delivery of the 23rd over knocked down by Andile Phehlukwayo.

Pant’s dismissal came just after India lost batsman Shikhar Dhawan in the same over. Dhawan (61 of 73) with former India captain had added 98 runs for the second wicket.

Shortly after the incident, Kohli was also withdrawn by Keshav Maharaj in 65 out of 84 deliveries. The middle order comprising Suryakumar Yadav and Shreyas Iyer, also lacked firepower and was fired on the 26th and 34th respectively .

Deepak Chahar produced a fight towards the end, breaking a 54 from 34 balls as India went all out for 283 in 49.2 overs.

HT daily capsule: Dissect the best stories of the day with big questions, numbers and quizzes.

Successfully subscribed to the newsletter

Thank you for subscribing to our Daily news capsule newsletter.