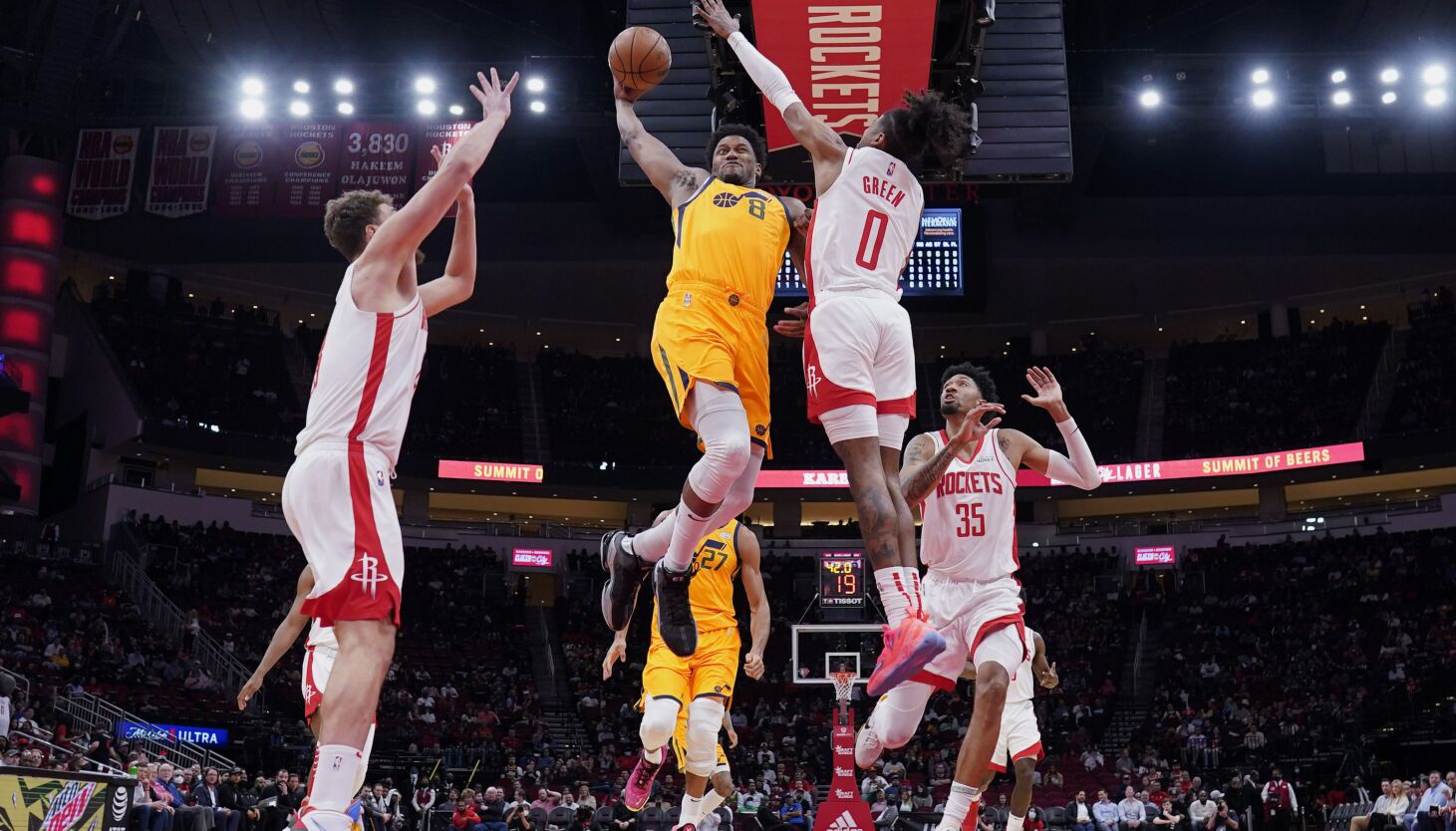 HOUSTON — The Utah Jazz beat the Houston Rockets in overtime 132-127 on Wednesday and will ride a three-game winning streak in the third of a five-game road trip when they face the New Orleans Pelicans on Friday.

But here’s what I think happened (which you may disagree with): I think it’s hard to get up for each of the 82 games and the Jazz have been feeling really good lately, so it’s easy to understand that they feel a little relaxed as they enter a game against the Rockets. And I understand that a lot of people will say that Donovan Mitchell just said the other day that the Jazz can’t let go against teams like the Rockets, but saying that and feeling compelled to play their best and do that against a team with only 15 wins on the season are two totally different things. I think the Jazz got up 18 against Houston and they were able to do that pretty easily and so they got bored and kinda lazy. I don’t know if the Jazz have learned their lesson about relaxing against better teams. Time will tell us.

What’s important here is that the Jazz got their backs to the wall with sloppy play and poor execution, and then they were able to pull themselves together and get the win. It’s the Rockets, so I’ll give the Jazz the benefit of the doubt here. You won, you continue.

“I’m a harsh critic, but you have to give us credit – we fought and competed late. Not every game is going to be a blowout. We blew them up in Utah and they have pride and guys that can score and they showed it. Along the same lines, we can do better. I think we all agree on that. —Donovan Mitchell

“I don’t think he’s having a bad night. Watching him shoot, I think it fits. That’s how his teammates feel too. — Head Jazz Coach Quin Snyder

The mood at Toronto FC is much better this season, according to rising stars