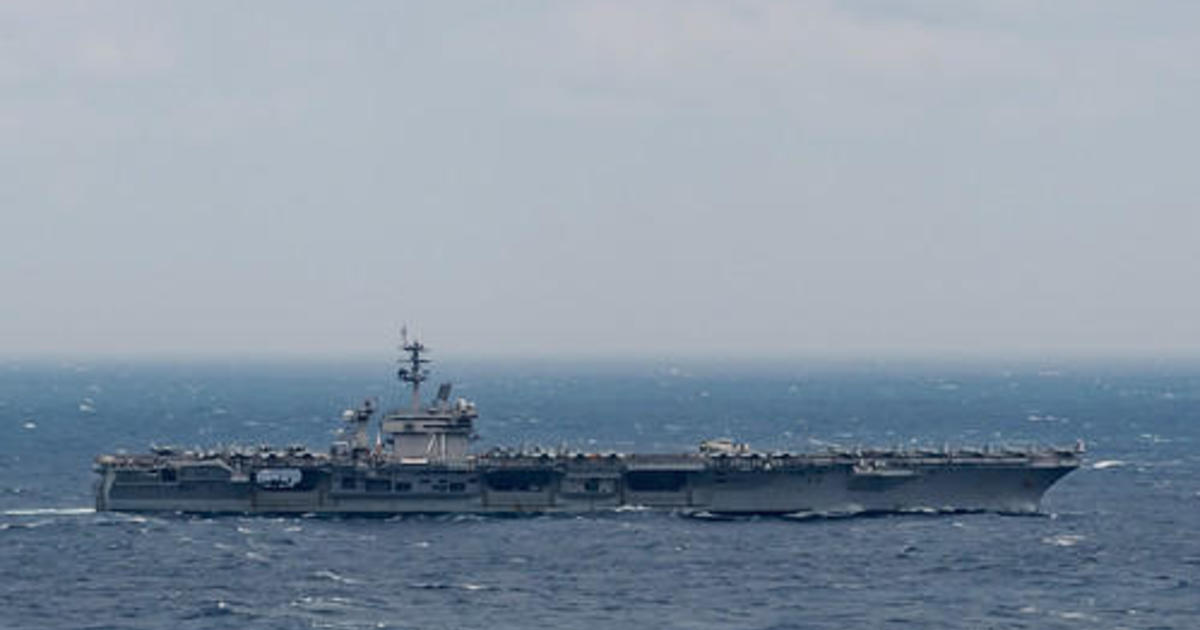 Washington – The captain of the aircraft carrier USS Theodore Roosevelt sent an urgent note to the Navy on Monday asking for help in tackling the spread of the coronavirus among his ship’s crew. Captain Brett Crozier wrote that “[d]Decisive action is required now “to comply with Centers for Disease Control and Prevention (CDC) guidelines and” to avoid tragic results. “

In an unaddressed four-page letter, Crozier suggested that most of the 4,000 crew members should be removed from the ship and placed in individual 14-day quarantine, following guidelines recommended by the CDC to prevent infection. Ten percent would remain on board to disinfect the transporter and operate the reactor, which he called a “necessary risk”. In peacetime, he argued it was the right thing to do.

“We are not at war. Sailors do not need to die,” he wrote. “If we don’t act now, we are not taking care of our most trusted asset – our sailors.”

Pacific Fleet Commander Admiral John Aquilino told reporters on Tuesday evening that it was “impossible” to remove all sailors from the ship as a residual force must remain in place at all times to monitor the nuclear reactors and be ready to fight. fires or dealing with other accidents on the ship. which is loaded with planes, fuel and weapons. The crew will be quarantined or in isolation depending on the results of a coronavirus test. He said this will not happen at the rate the captain wants, in part because of the problem of finding isolation quarters in Guam, where the ship is currently moored.

The first sailor tested positive 15 days after a stopover in Danang, Vietnam. Aquilino defended the decision to go through with this stopover, saying that at the time, data from the World Health Organization showed a total of 16 cases of the coronavirus in Vietnam. All cases were in the Hanoi area (north of Danang) and no new cases had been reported within 20 days. Planes got on and off the carrier within days of the layover, so the virus could have been brought on board from somewhere other than Vietnam.

He ended his remarks to reporters by insisting that “the carrier is capable of carrying out its mission today if necessary in times of crisis”.

In the letter, which was first reported by the San Francisco Chronicle, Crozier told the Navy that the proximity of the warship means sailors cannot follow proper quarantine and social distancing guidelines. .

“The spread of the disease is continuing and accelerating,” he wrote.

He pointed to the inherent limitations of testing for the virus, which he says cannot definitively prove someone is not carrying it. Crozier said that of the 33 sailors first diagnosed with COVID-19, seven tested negative, but within three days they were showing symptoms of infection. These sailors, he pointed out, would end up infecting other sailors as they were reintegrated into group quarantine sites after initially testing negative.

When the first sailors tested positive last week, the immediate suspect was a high-profile stopover Roosevelt made in Danang, Vietnam, 15 days before the first positive test, the chief of naval operations said last week during ‘a briefing with journalists. When the Navy made the decision to let the Roosevelt make the stopover, 16 cases of COVID-19 were reported in Vietnam, all north of Hanoi, north of Danang. Whether this port stopover is the culprit is a matter of debate, as people were flying to the carrier after it left the port.

Crozier identified the items on board and in shore accommodation that pose a COVID-19 threat to sailors: their confined quarters and workspaces, open berthing, meals shared with a large number of crew, constant close contact and movement. around the ship that requires close contact with people who have been exposed to the virus.

With increased cleanup and the removal of some – but not most – of the ship’s sailors, Crozier said they can only slow the spread of the virus, not eradicate it.