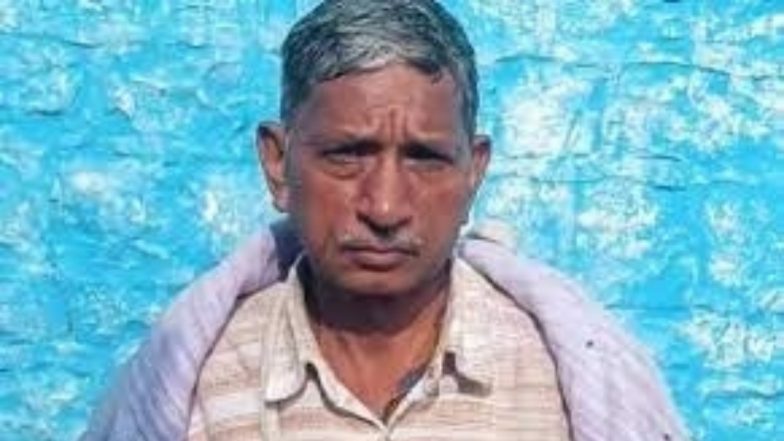 Agra, January 20: The Kheragarh Assembly Headquarters in Agra, Uttar Pradesh will host a single candidate – 74-year-old Hasanuram Ambedkari who is set to contest his 94th election this time. He filed his candidacy as an independent candidate.

Ambedkari said he worked as a farm laborer and had a work card from MNREGA. He has no formal schooling but can read and write Hindi, Urdu and English. A member of the All India Backward and Minority Communities Employees Federation (BAMCEF) founded by Kanshi Ram, Ambedkari said he fought all elections according to the ideology of Dr Bhim Rao Ambedkar. Uttar Pradesh Assembly Elections 2022: Yogi Adityanath will contest from Gorakhpur, Keshav Prasad Maurya from Sirathu constituency of Prayagraj.

He has unsuccessfully contested elections since 1985 for various bodies including the Lok Sabha, State Assembly and panchayat elections from different seats. In 1988, his nomination as President of India was rejected.

Ambedkari started going door to door with his wife and followers. He said, “My program has always been impartial and corruption-free development and the welfare of the marginalized in society.

He was also briefly a member of the BSP. “I was a dedicated worker for BAMCEF and also worked for BSP to strengthen its roots in UP. In 1985 when I asked for a ticket I was ridiculed and told said that even my wife wouldn’t vote for me. I was deeply discouraged and since then I have run in every election as an independent candidate,” he said.

(The story above first appeared on LatestLY on January 20, 2022 at 10:05 PM IST. For more news and updates on politics, world, sports, entertainment and fashion of life, log on to our website latestly.com).

SP to spoil mood in state by giving tickets to rioters: CM Yogi