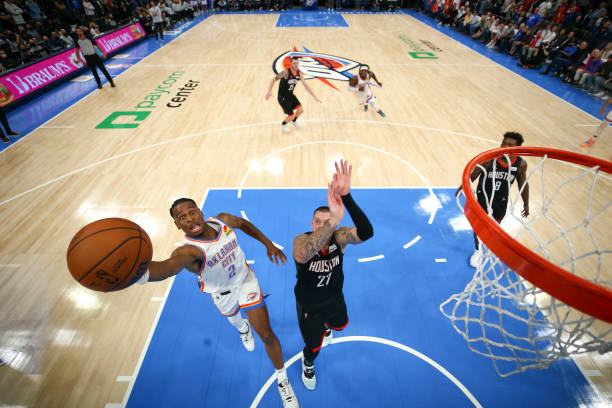 Thunder loses seventh in a row as Rockets win at OKC

The Oklahoma City Thunder led most of the game, but the Houston Rockets had a fourth quarter to take the lead and beat OKC 114-110 Wednesday night in Oklahoma City.

Shai Gilgeous-Alexander had 39 points to lead the Thunder, but was only 1 for 8 on a three-point range, and missed a key jumper with 15 seconds left that could have reduced Houston’s lead to a.

The Rockets had 15 three-pointers, while the Thunder were just 8 for 32 from beyond the arc.

SGA was joined in double digits by four of his teammates.

Luguentz Dort had 19 points and four three-pointers, Jeremiah Robinson-Earl added 12 points, while Tre Mann and Ty Jerome each have 11 points.

Mann took the start because Josh Giddey was ill.

The Thunder have lost seven straight games and finished their season streak against Houston with a 1-3 record against the Rockets.