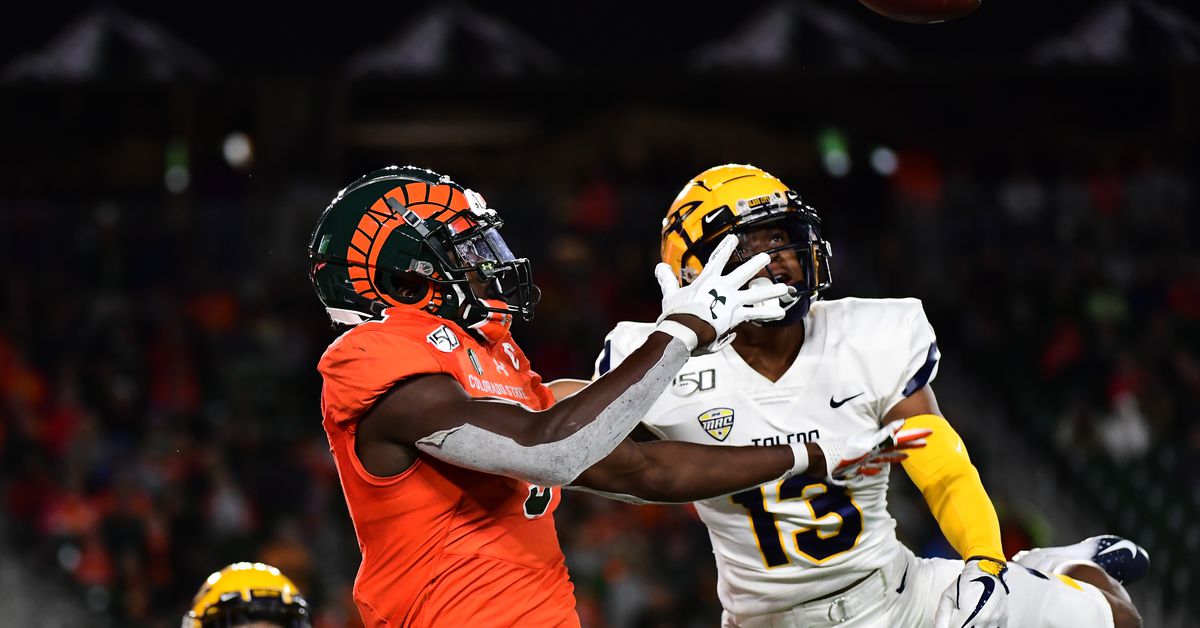 Remember when Toledo had No. 10 Notre Dame on the ropes at South Bend, scaring the Fighting Irish with a touchdown in the final two minutes?

A week later, that moment couldn’t have seemed more distant for the Rockets. In what was supposed to be a “successful” Glass Bowl game quickly turned into utter disaster for Jason Candle’s side.

Toledo (1-1) was ranked the favorite with 14.5 points against a winless Colorado State team (0-2) before kickoff, and honestly, it looked generous to the Rams. Colorado State was blasted by South Dakota State’s FCS program, 42-23, in its opener. The Rams followed that embarrassment by giving Vanderbilt a 14-point lead, the only other FBS team to lose by three points to an FCS opponent this season.

When the Rams came to the Glass Bowl, the Rockets couldn’t establish any semblance of an offense. They left the field on Saturday without a single appearance in the end zone in a 22-6 collapse. In a day filled with many negatives, there were several positives for the Rockets. One involved kicker Thomas Cluckey remaining a perfect 13/13 on field goals in his college career. The other was the sensational defense play. Toledo forced only one special team change and failed to record a sack, but the unit recorded save after save, completely preventing Colorado State from crossing the goal line.

So not a single offensive touchdown was scored by either team in the game, but Colorado State returned a 70-yard punt at home to break a 6-6 tie in the third. quarter. In the fourth, the Rams scored three field goals while Toledo was held scoreless in frame.

So how did the favorites from the two touchdowns fall at home to the Rams? Here are Toledo’s three most glaring problems:

Toledo wore minimalist uniforms when he returned to the Glass Bowl on Saturday. The iconic rocket logo embellished the matte navy helmet, solid white numbers were engraved on the navy jerseys, and the pants were all white without any complexity in the design. Other than a small Mid-American Conference logo patch slightly below the right shoulder, there was not a hint of yellow present throughout the uniform.

However, the Toledo players left a lot of yellow laundry on the pitch.

Penalty flags were plentiful and Toledo was called up for 11 flags that inhibited the Rockets by 89 yards. No penalty was bigger than a second quarter hold call that wiped out a 25-yard touchdown pass to Isaiah Winstead. Although the Rockets scored three points on possession, the holding flag was the ultimate swing killer for a desperate offense for a sign of life.

The pre-snap penalties were also pretty egregious. Toledo was called for four false starts, and the Rockets never converted a first down after shooting a flag for that penalty the entire game. The worst false start streak was rather crucial in the third quarter with the Rockets trailing 13-6. The early move pushed a 2nd and 4 into a 2nd and 9. Then, after Devin Maddox racked up seven yards on 3rd and 9, the Rockets started the fourth quarter on a 4th and 2 only 46. Jason Candle picked to go for the critic down, but another false start forced a change of plans. Toledo has never reached his 46 again in the last four possessions of the contest.

While Toledo’s defense prevented the Rams from scoring a single offensive touchdown, the Rockets were unable to sack quarterback Todd Centeio. Still, the team lobbied Centeio the entire game and the high school stepped up to force six break-ups. As a result, the quarterback finished 11/27 with 110 yards.

Rockets quarterback Carter Bradley had a more productive day in the air than Centeio, but there was one major difference between their performances that gave Colorado State a significant advantage. Centeio faced zero sacks. Bradley faced four. And Toledo secondary quarterback Dequan Finn took two. Enduring six sacks in the backfield blocked many Toledo workouts. Frequent sacks forced the Rockets to catch up so often on offense, regularly facing unlikely downhill and distance situations. It was no surprise that the Rockets finished 4/18 in third downs and 1/4 in fourth downs.

Getting brutalized in the backfield wasn’t unique for Toledo. It’s a trend this season. Notre Dame invaded Bradley’s space and shot him down five times in Week 2. And in Week 1, despite a 49-10 victory over foe FCS Norfolk State, Toledo had it all. even took three bags. The offensive line has been a glaring problem as the Rockets sit in the bottom 10 in lost sacks per game in the first quarter of the season. And that’s not the end of offensive line problems, because there are also …

Run through the walls

Bryant Koback’s performance in 2019 in Fort Collins on a late September night was nothing short of spectacular. The All-MAC half-back averaged a career-high 12.0 yards per carry that night, and he left dozens of Colorado state defenders in the dust. Koback hit 228 rushing yards that night and a hat trick of touchdowns, hitting long distances at 37, 75 and 47 yards – all within the first seven minutes of the third quarter.

Saturday could be described as the opposite. Koback fielded 13 transfers and converted them to just 32 yards. As the veteran running back rushed for long-distance touchdowns in his last meeting with the Rams, eight yards was as far as he could go in the rematch.

Koback posed a significant threat to Notre Dame’s defense a week before with 114 yards on 20 carries, consistently breaking for runs of eight yards or more. But there was no opening for him against Colorado State’s top seven. Each race was met immediately with force, and many of Toledo’s unproductive races came from missed blocks. As a team, with the sack yardage factor, Toledo had 21 rushing yards on 29 attempts. Quarterback Dequan Finn was the only player to manage more than 10 in a single run all afternoon.

This is a unit that has finished in the top quartile in rushing yards per game in three of the past four seasons. Failure to restart the race due to a bad block is a diagram of how Toledo can fall to any opponent in the country. That result was fully displayed on Saturday in the mind-boggling home loss to Colorado State.