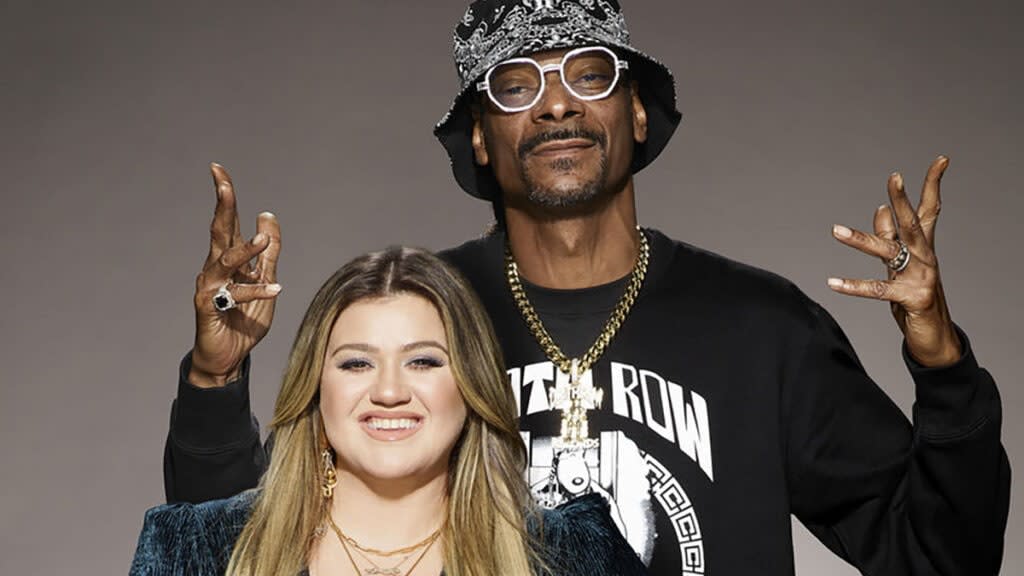 An incredibly excited Kelly Clarkson has promised that “American Song Contest,” which premieres Monday, March 21 on NBC, has “everything but a polka artist.”

“People just need [something like this]. They need to be lifted because the world is heavy right now,” she said. “It represents so many different pockets of the world… It will open up this whole conversation. We have been divided in this country for some time, but we are all more alike than otherwise.

She added: “It’s been a very difficult few years [because of the pandemic] and now it’s getting even more serious in the news. I think feeling like you’re not isolated and part of something bigger than your everyday world…it sounds corny but it’s so important. It makes us happy: that’s what this show is going to do for people. No one is left behind. This show is for everyone.

The contest will see ‘legacy artists’ Michael Bolton, Macy Gray, Jewel and Sisqó compete against lesser-known artists from across the country for the top viewer-voted song. Unlike talent shows where the singer’s personality and presentation are key, Clarkson and the producers insisted that this show was about the song itself. “I’m excited to hear things that I’ll listen to for years, and that’s what good songs do,” she said.

Established musical stars competing with unknowns? You’d think the scales would tip in a very obvious direction, but Clarkson insists that’s not the case. “Legacy artists are going to have to work harder,” Clarkson said. And showrunner and executive producer Audrey Morrissey, agreed, “People like an underdog.”

Morrissey promised that every contestant, famous or not, would get “an equal playing field and receive the same support”. There are also systems in place to ensure that every viewer’s vote counts the same whether they come from a small territory like Guam or a large state like California. Each region will be worth 12 points, regardless of size, as is the case with Eurovision.

Much to the dismay of many viewers, no doubt Clarkson will not sing on this show. “I play five days a week on television. I actually question that idea for my talk show,” she laughed. “It’s not about me; it’s about these other artists. I had my moment.

She is extremely delighted to welcome Snoop Dogg, with whom she had already teamed up on “The Voice”.

“I love Snoop. The thing I loved the most [when he was on ‘The Voice’] is that he really took his time to listen to each performance. We were there for hours, but he still took the time to invest, and he really cared. He was in it. It’s very transparent when they’re for lack of a better word, pushing you around, or really into it.

“American Song Contest” will feature live performances from 56 artists from all genres representing all 50 states, five US territories and Washington DC. The live competition consists of three rounds as performers compete in a series of qualifying rounds, followed by the semi-finals, leading to the grand final where one state or territory emerges victorious.

The two-hour series premiere will air live from the NBCUniversal lot in Universal City, Calif., on March 21 on NBC.

Chandler Parsons on agent Dan Fegan negotiating with the Rockets: ‘Instead of winning 920,000, I was pushed to the max and we got Dwight Howard’