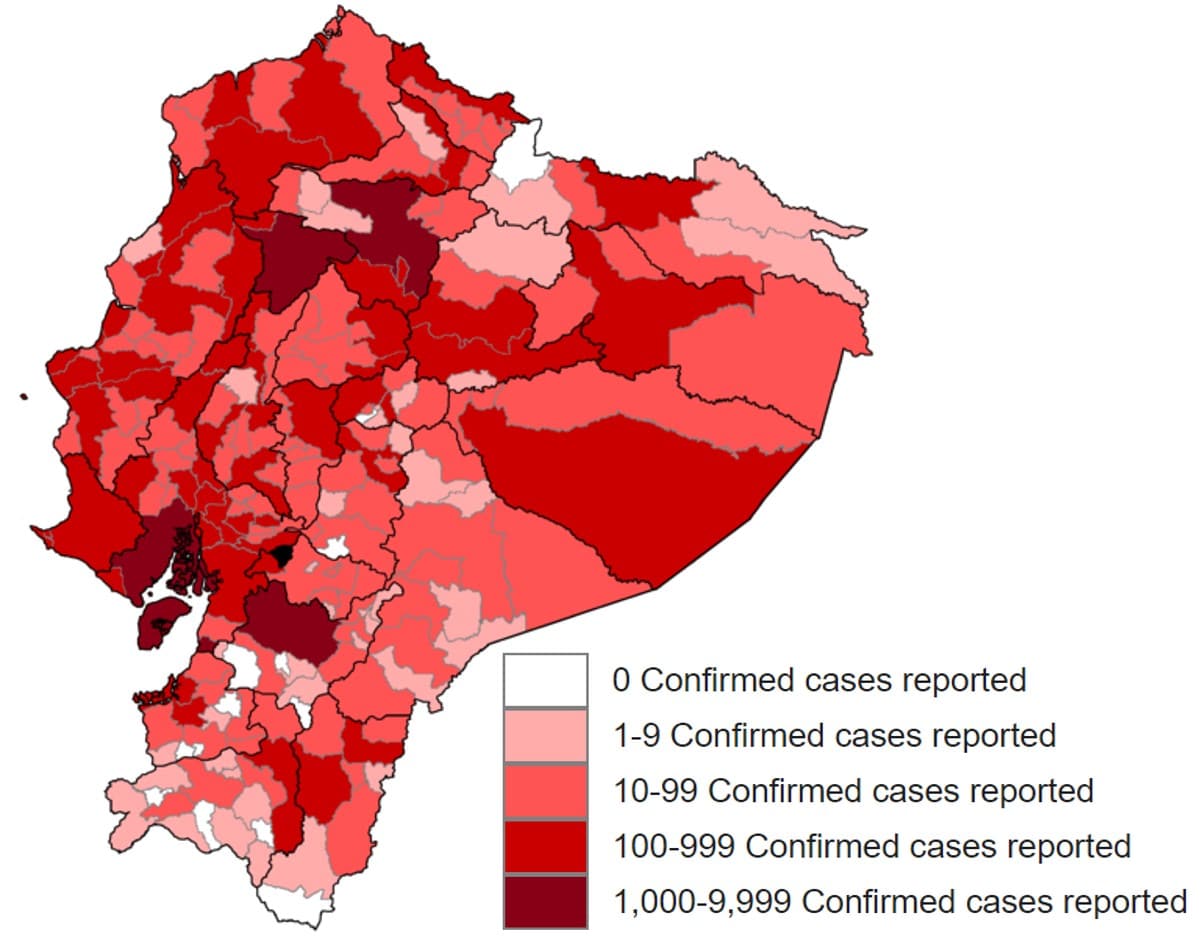 In Ecuador, the impact of the coronavirus is one of the most devastating in the world, severely exacerbated by the IMF-backed policies implemented before the crisis. Yet even now Ecuador is undergoing IMF-mandated structural reforms that further dismantle its health care system and hamper economic growth, just when there is a need to increase public investment and delay austerity measures. budget to overcome the crisis caused by the pandemic.

In June, the Financial Time placed Ecuador at the top of the world ranking of excess mortality, the civil register documenting 20,000 additional deaths during the Covid-19 crisis. While it should be clear that not all of these deaths were directly caused by the virus, they must be added to the excess victims of other serious or chronic illnesses that could have been treated and perhaps saved if the healthcare system hadn’t collapsed so completely.

The obvious weakness of the country’s public health system is the result of six years of budget austerity measures approved by the IMF, including a 64% drop in public investment in the health sector in the past two years alone. Reflecting the implications of these policies, just five days after the start of the quarantine, the Minister of Health resigned, explaining that she could not cope with a health emergency without resources and said that “no budget allocation was made. ‘has been received from the competent authority for management. “

Only in this context can one understand the incongruous scene the country is witnessing: As doctors protest amid the pandemic due to lack of funding for medical supplies, the Ecuadorian government is paying interest. to private creditors and to the IMF on time.

While the IMF was careful not to explicitly condition its 2019 lending program on cuts in social spending, the program was based on the assumption that Ecuador would transform its current account deficit to 0.7 percent of GDP in 2018. in a surplus of 0.4% in 2018-2019, in particular through the “strengthening of controls on expenditure commitments [in the health sector]And “realign the public sector wage bill”. As might be expected, this resulted in the layoff of 3,680 public health workers in 2019, or 4.5% of total employment in that ministry, ahead of the worst global public health crisis in decades. A new analysis has shown that “every low-income country that has received advice from the IMF to reduce or freeze public employment over the past three years has already been identified by the World Health Organization as facing a critical shortage of health workers ”.

That said, the lack of resilience is linked to a wider deterioration of the economy and it is essential to refer to the set of fiscal, labor and financial reforms imposed by the IMF. While similar cuts in public spending in the social security sector were announced last year, one of the most significant difficulties during the crisis has been the state’s inability to provide financial support to the 60 % of Ecuadorian families whose livelihood depends on the informal economy and wages.

The state of emergency instituted on March 16 was used to further endorse the structural adjustment measures long demanded by the IMF: a flexible labor reform that had been postponed for fear of social opposition (cf. Observer fall 2019); a tax reform that was rejected by parliament at the end of 2019; and the resumption of the elimination of fuel subsidies after a massive social protest prevented it last year (see Observer Winter 2019). The implementation of the IMF agenda was only possible because social mobilization was made impossible.

Still, things will only get worse. Surprisingly, the IMF’s austerity recommendations continue. While the IMF has stressed that it supports increased public health spending in the immediate response to Covid-19, in its emergency financing loan agreed in May, the Fund revealed its proposal to continue “the fiscal consolidation… of about 6.2 percentage points of GDP over the period 2019-2025 ”in Ecuador, which will inevitably seriously undermine social spending and social protection. In this context, should we really be surprised at the headlines noting that during the pandemic, 11,820 more public sector workers were made redundant, or that as of May 31, another reduction in the health budget of $ 217 million from the original 2020 budget was made?

Reducing social spending hits the poor, women and the marginalized harder, while benefiting creditors and increasing the profits of the rich. It should come as no surprise then that the new regulations approved during the pandemic include guarantees for the payment of external debt and even for the payment of arbitral awards to the benefit of transnational corporations that sue the state for measures taken to protect its pandemic population (see Observer Summer 2020). Only in this context can one understand the incongruous scene the country is witnessing: As doctors protest amid the pandemic due to lack of funding for medical supplies, the Ecuadorian government is paying interest. to private creditors and to the IMF on time.

These are the same supply-side reforms promoted by the IMF for more than four decades, with the aggravating circumstance that they are being implemented today amid a pandemic that requires sustained counter-cyclical policies that support economic recovery. and guarantee the human rights of individuals. The IMF must go beyond declarations of good intentions and change the course of its specific policies. We can’t wait any longer: it’s time to put finances at the service of life.

Manage financial aid in times of national and personal crisis