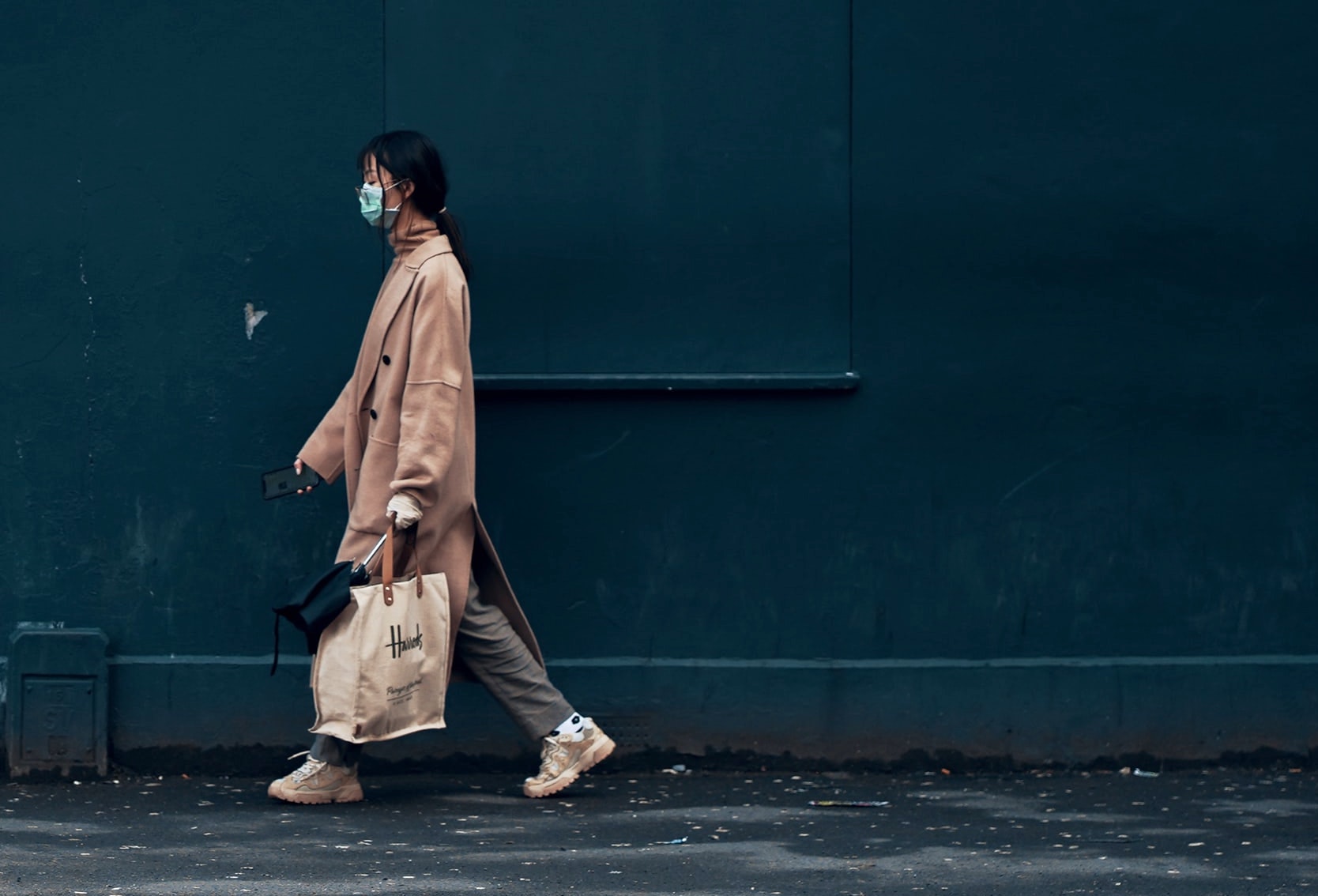 Early on, the coronavirus pandemic was experienced as a novel socio-viral jolt. The rush of closures and shutdowns, alarming as they all were, could equally be accompanied by a sense of giddy intrigue. At the time, this was understandable — initially, the prospect of what seemed to be an interim stint of home cocooning didn’t seem so bad. Those of us lucky enough not to have been immediately designated “essential” hunkered down in anticipation of an interruption lasting perhaps a few weeks before we returned to something like normal.

Two years later, the everyday “vibe” of the pandemic has changed entirely. To say nothing of the death and sickness that is constantly in the background — and sometimes the foreground — of pandemic life, novelty has given way to annoyed familiarity as we ride the wave of the “new normal.” Lockdowns, quarantines, distancing, masking, vaccinations, boosters. Be there. Recently, some optimism has resurfaced as pandemic restrictions have lifted across much of the globe in the wake of the Omicron wave, but we may still be stuck in the same monotonous loop.

This sketch of the daily trajectory of the pandemic has a certain mirror image in political and ideological life. From within the novel stage of the pandemic, political possibility could be seen everywhere. Could the “essential worker” category prompt a broad reconsideration of work and its value in places where, for decades, labor had been under attack? Could the massive mobilization of state institutions across the globe induce a renewed look at state capacity and the ends to which it could be put? Could collective vulnerability to the virus lead to a questioning of the individualistic doctrines that have featured so prominently in the political arenas of capitalist countries for the last several decades? Could we finally articulate a retort to Margaret Thatcher’s infamous insistence that society does not exist? Could unequal vulnerability to the virus lead to a serious effort to combat the widening of the gap between rich and poor both within and between states? All these questions were, at various times in the last two years, on the table.

While it would be shortsighted to announce that all of these political opportunities have passed us by, they have run into familiar challenges and obstacles. The pandemic has not greased the wheels of an imminent revolution, that’s for sure.

In fact, if the early days of the pandemic were dominated politically by a sense that things might be about to change, the tide has recently begun to flow decisively in the opposite direction. Some of this can be explained by the still-dominant place of the United States within global capitalism and its discursive realms. Rightly or wrongly, and with robust evidence of imperial decline to hand, we still tend to think that as goes the United States so goes the capitalist world.

Accordingly, it might be argued that the peak moment for pandemic-political optimism came shortly after the faux-end of the Trumpist nightmare and the inauguration of President Joe Biden. Touting New Deal–esque legislation that earned him widespread comparisons to Franklin Delano Roosevelt, Biden looked poised to upend decades of austere policy orthodoxy. The American state itself appeared to be set for a fundamental reorientation via the opening of fiscal floodgates (or of leaving them open after a year of pandemic stimulus). The end of neoliberalism and the dawn of a new social democratic era? These notions were permitted serious entertainment in many corners.

From the vantage of the present, this all looks naïve. Social democracy: meet United States senator Joseph Manchin (D-WV). It is folly, of course, to assess epochal political-economic shifts on the basis of legislative developments in a single country. Nevertheless, it still seems as though it was mistaken to believe that the pandemic would, or in fact did, deliver a body blow to the existing order. Such thinking involved undue optimism about the relative power of ideas and interests in capitalist society. As the pandemic was laying bare the myriad irrationalities baked into our way of living, the interests served by those systemic defects were mounting an effective defense, and not just in boardrooms and government offices.

In fact, the defense of the status quo has had a significant grassroots component. Every anti-vaccine or anti-mask rally, for example, could be read as a statement that normal is good enough, even if normal implies mass preventable death and illness. For all the progressive ideas that the pandemic has put on the table, there have been corresponding elements of reaction. Even if the agents of capitalism have not as a rule sided with the latter, the exigencies of managing reaction have been an obstacle for the former.

Early in 2022, of course, the grassroots defense of the normal achieved its fullest form yet in the putative Canadian Freedom Convoy. The story is now internationally well-known: a small number of people mostly in large trucks occupied the downtown core of the capital, Ottawa, for a period of three weeks. The Ottawa demonstration was the main act of a play that had demonstrations across the country. Border blockades, also featuring large vehicles, were the main tactic elsewhere. In some cities, like Calgary, Saturdays were and still are used to stage supportive demonstrations.

The Convoy supposedly began as a protest against vaccination requirements for cross-border truckers before it morphed into a broader outcry against pandemic mandates and restrictions in general. All along, as we know, far-right politics were core to the Freedom Convoy and its aims. Similar convoys have been planned in other countries, although they haven’t come off as well, for many reasons.

If the Freedom Convoy was an opening salvo in a contest over what a post-pandemic normal will look like, and when it will arrive, we should expect more. Normality, suddenly, is an attractive idea. And yet there is very little evidence to suggest that normal is an available option.

Even as the same old ideas and interests doggedly persist, they do not seem capable of returning us to something that we’d recognize as the way things were. Resistance to this realization is currently, and will continue to be, a contributor to any number of political maladies, mistakes, and malignancies — the Freedom Convoy is merely the best example to date.

What both the Freedom Convoy and many of its half-supporters (one poll had 46 percent of Canadians saying they were sympathetic to the protest’s positions while disapproving of its tactics) cannot seem to acknowledge is that the pandemic is no singular event. Instead, it is a sampling of what we can expect. We are experiencing a “crisis of the Anthropocene,” as historian Adam Tooze has put it, “in which humanity’s impact on nature has begun to blow back on us in unpredictable and disastrous ways.”

Perhaps the form of natural blowback that we get is unpredictable, but the plain fact of blowback is an ongoing certainty. Climate change, which is the fundamental problem facing humanity today, may threaten our collective existence even more imminently and more severely than previously thought. Pandemics, of which recently there have been nearly others and of which there will surely be more, are but one feature of the steady blowback that we can expect in our warming world.

The persistence of global capitalism on the other side of this pandemic, if we ever get there, is entirely possible and probably likely. However, the days in which capital could contain its attendant crises in a way sufficient to allow most people to go about their lives as usual are gone.

Obviously, there continues to be political potential in this state of affairs, but capturing that potential depends on choosing the right battles. Indeed, references to “political potential” themselves are arguably unhelpful as they seem to imply a frame of “better or worse” for these questions. Increasingly, the actual frame we are working within casts our political choices between the poles of “something or nothing.”

Political contests over lost worlds that seem better than our present one are dead ends. We’ve entered a crisis of capitalism, defined most crucially by a capital-warmed planet, from which there will be no exit except by extraordinary means. Normal? Goodbye to all that.