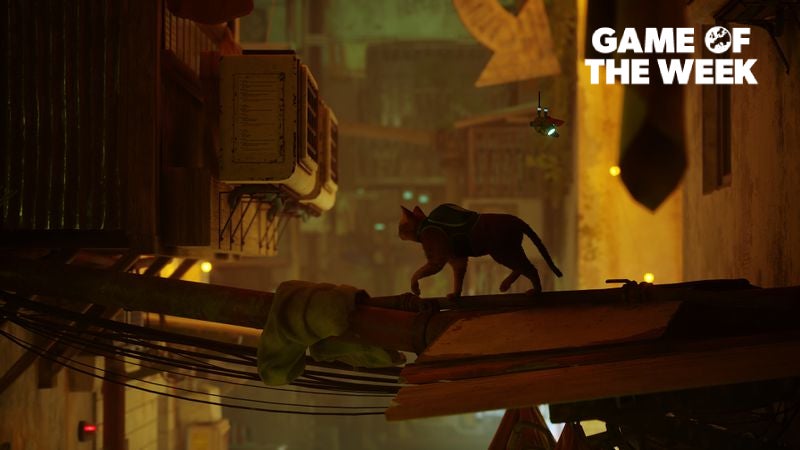 Stray vs The Last Guardian – who did the cats better?

This piece was originally sent to Eurogamer supporters as part of the weekly Eurogamer Essentials newsletter which is sent every Friday to all members – head here if you want to know how to support Eurogamer.

Almost as many years have passed since the release of The Last Guardian as there were waiting for Fumito Ueda’s much-delayed masterpiece after it was revealed in 2009, and the biggest surprise after all that time is how quickly it was forgotten. Maybe anticipation was a big part of the appeal for so many people, or maybe video game audiences are fickle like that – fixating on something and then tossing it aside with the indifference of a young cat presented with a new toy.

It’s such a shame, because while it may have been impossible for The Last Guardian to live up to all the hype, it managed to live up to my own lofty expectations; mainly that it would find its place in the lineage of previous Ueda games, matching the majesty and icy magic of Ico and Shadow of the Colossus. Somewhat spectacular, it’s done more than that, and with six years on, I’m pretty comfortable saying The Last Guardian is my favorite of the lot.

What The Last Guardian gave us beyond its predecessors was Trico – or catweagle, as he was once known in these parts – the shy and carefree half-cat/half-bat who captured the hearts of all. the world. It was this recklessness that made development so difficult, I guess, and I’ve always found it fascinating to see how the equally delayed BioShock Infinite also suffered from a hard-to-tame partner AI.

While Elizabeth’s abilities as a companion were almost completely removed for the final version of BioShock Infinite, Trico’s hardships and disobedience ended up giving The Last Guardian its exquisite flavor. It’s an acquired taste, and I can understand the frustrations some have found with it all, but it gives the game a life of its own. Look into the deep, dark pools of Trico’s eyes and you’ll get a sense of the inner life that’s missing from most other video game companions.

Stray’s path to release seems to have been a little smoother than The Last Guardian’s, though it’s another game whose appeal lies in the playful behaviors we all love in cats. It helps that it’s a reversal of Fumito Ueda’s tricky adventure, placing you in the posed paws of its feline protagonist, though he still channels the same attributes that make The Last Guardian so relatable for anyone. shared a house with a cat friend.

It is this curiosity, served by an adventure that makes you pierce the shadows of a cyberpunk city seen from an exciting point of view; everything looms above you, a feeling of verticality made all the more thrilling by the fact that you can leap gracefully from surface to surface while always moving upwards. There’s that indifference, told here in your ability to meow through cutscenes or simply pause to indulge in a satisfying rug scrape and back stretch.

More importantly, there’s that dickishness, at least the way I play it, when you knock paint cans off high ledges, scatter stacks of books, or smash crowded desktops. Stray is a simple adventure game that is enhanced by its feline attributes; a graceful game with balance, class and above all a sense of character that sets it apart not only as a summer game. It may be missing some of the friction that makes The Last Guardian’s Trico so memorable, but that won’t stop it from being one of 2022’s best as well.

To receive the game of the week straight to your inbox every Friday, sign up and become a Eurogamer supporter.