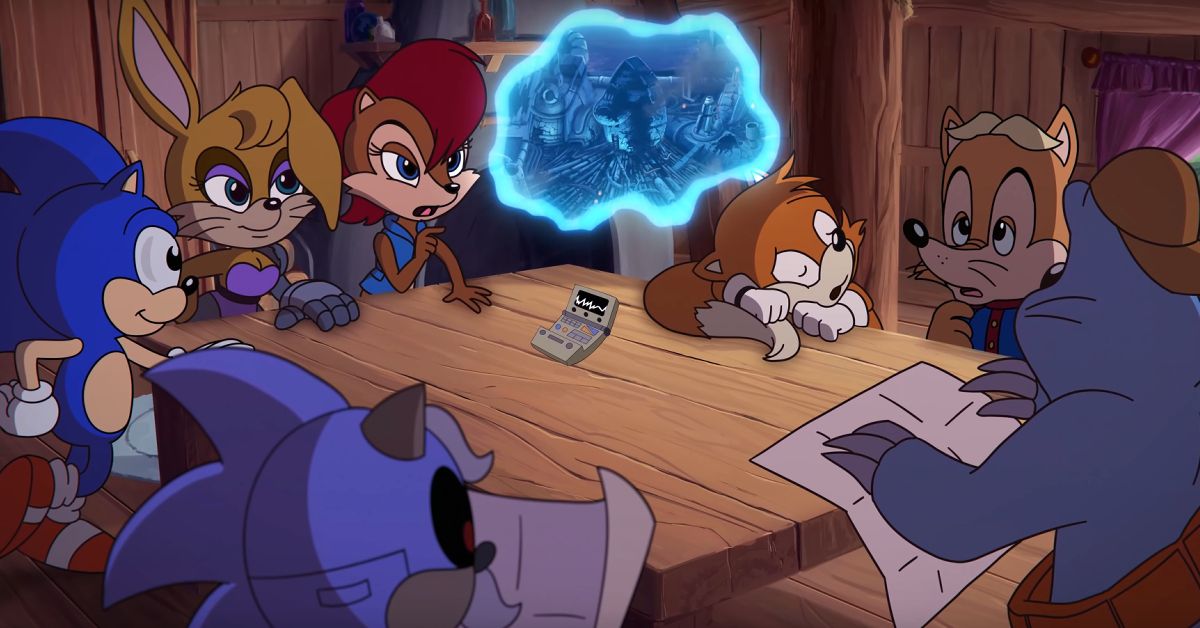 If you are a fan of sonic the hedgehog, it’s quite a time to be alive. The famous video game mascot has slowly risen through the ranks from a source of mockery to a highly respected franchise and a savior of video game movies! While many Hedgehog fans are busy racing to theaters to enjoy the new world being created before their eyes, there has been another dedicated group that has worked hard to give another piece of Sonic history the love he deserves. This group is called TEAM SE3ON, and their mission is to give the beloved 90s Sonic cartoon a third season 28 years after it was canceled. The trailer for the upcoming season can be viewed below!

If you’ve been a Sonic fan since the 90s, this is probably a blast from the past for you! If you’re one of the group of fans wondering who all these new characters are, here’s a basic rundown of the sonic the hedgehog cartoon, affectionately called Sat AM by his fans. In the 90s, two cartoons were released based on the sonic the hedgehog games on the Sega Genesis. A cartoon was called The Aadventures of sonic the hedgehog and it was a clean comedy with gags reminiscent of Wile E. Coyote and Roadrunner cartoons from looney tunes, and this cartoon usually aired on weekday afternoons. The other cartoon was just titled sonic the hedgehogand it aired on Saturday mornings, hence the name Sonic Sat AM.

Produced by DIC, this Sonic cartoon took place on the planet Mobius in a post-apocalyptic era. Robotnik is about to take complete control of the planet, using his “robotize” beam to turn all peaceful animal citizens into his robotic slaves. Yes, this cartoon took the simple “scientist using cute animals to power his robots” plot from the games and kicked it up a few notches. All that stands in Robotnik’s way is a group of freedom fighters, led by Sonic the Hedgehog and Princess Sally.

Aside from Sonic, Tails, and Robotnik, all of the characters were created specifically for the cartoon. There are no Knuckles, Amy or Big the Cat here. Instead, there’s Sally Acorn, Antoine D’Coolette, Rotor the Walrus, and Bunny Rabbot. This cartoon was celebrated for being much darker than its comic counterpart, many episodes ended with the freedom fighters defeating Robotnik’s evil plans and covered themes such as the loss of loved ones. The show ran for 26 episodes, with season 2 ending on a major cliffhanger, until ABC pulled the rug out from under the team and canceled the show.

According to Robby Londonwho was president of creative affairs for DIC at the time, it was a mix of Disney buying ABC and the new Power Rangers by Mighty Morphin beating them in the ratings which led to the network canceling the show. But Sonic’s story continued, but in comic book form. Archie’s comics Sonic The series started as a tie-in to the show, but grew to expand on the lore of Sonic Sat AM, even featuring Sonic’s new friends as they were introduced in the new Sega games. The comics continued to run until 2016 when IDW purchased the rights to Sonic. The freedom fighters were finished, for a time.

THE SEA3ON TEAM describes itself on its Patreon page as “a group of fans and professionals dedicated to bringing to life a fan-produced third season of the SatAM cartoon ‘Sonic the Hedgehog'”. The team says they received help from industry professionals, as well as people who worked on the original show. The third season is set to pick up right where the second season left off, using notes left by the late Ben Hurst, who was a writer on the original Sonic team.

Judging by the quality of the trailer, SEA3ON is absolutely putting its money and skill where its mouth is. It has visuals that mimic the look and feel of the original series, with Sally and Snively’s new voices sounding identical to their original voice actors (Charlie Adler and Kath Soucie). They even brought back Crush 40’s Johnny Gioeli, who sang the original cartoon opener, to do a new, darker and slightly edgier cover of the theme song!

Former fans of Sonic won’t want to pass up this team lightly, because it’s surely a love letter to a side of Sonic that so many fans hold dear. New fans will also want to keep an eye out for this project, and if you’re unfamiliar with the cartoon it’s based on, this might inspire you to seek it out. The SEA3ON team continues to provide updates on their social media accounts such as TwitterPatreon and Youtube! Hopefully it won’t be long until the big debut, juice time!

Final Doctor Strange in the Multiverse of Madness poster revealed

Caroline is a lifelong fan of film, music and the arts. She’s been giving opinions on movies online (substantiated or not) for over a decade and has been putting those thoughts on Movieweb since the start of 2021.

“I love the rollercoaster atmosphere of a startup.”

TikToker steals leaves to grow its own indoor plants