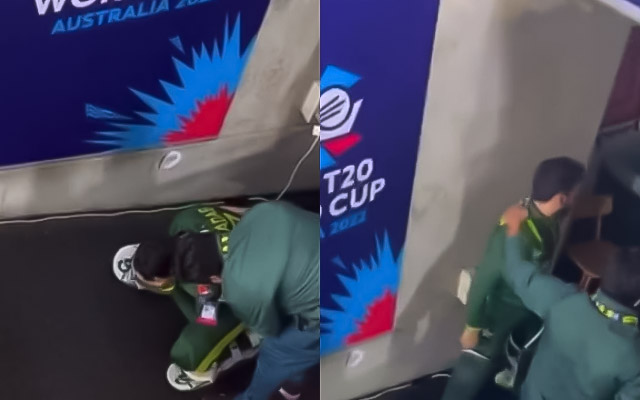 The game of cricket witnesses epic moments. A team achieving a historic victory denotes a major upheaval for the other team involved in the contest. From the Netherlands who beat England ten years ago at the World Cup to the two-time champions of the West Indies who withdrew from the tournament without even reaching the Super 12, cricket can be cruel for many.

A major turn of events was witnessed when Zimbabwe secured a victory against the Pakistani cricket giants in their T20 World Cup 2022 match in Perth on October 27, Thursday. The match, which seemed to be one-sided after Pakistan dominated the first half, turned completely in Zimbabwe’s favor thanks in large part to the bowlers.

The victory was very sweet for the players and fans of Zimbabwe, but equally bitter for their opponent. Pakistan entered the game after a loss to arch-rivals India and the Men in Green were hoping to win this one easily. But things fell apart and they failed to chase an under-average total of 131 points, losing the game by a single point.

It was certainly a tough pill for Pakistani cricketers to digest and in a video that went viral on social media, Shadab Khan was even seen crying. On the way from the stadium to the locker room, Shadab Khan was seen kneeling with his head bowed as a staff member consoled him.

Cricket can be so cruel sometimes.🫣😨 pic.twitter.com/dY5VXrlddM

Pakistan in search of a place in the semi-finals

Since the loss to Zimbabwe, Pakistani cricketers have received backlash from ex-Pakistani players mainly for showing poor batting performance and being unable to chase the total. This loss put Pakistan in trouble, as their chances of qualifying for the semi-finals have now been hampered. They must win the remaining three games and maintain a high net run rate in order to secure a spot in the semifinals.

Pakistan’s next match is scheduled against the Netherlands on October 30 at the same venue in Perth. Pakistan are then set to face South Africa and Bangladesh on November 3-6.e respectively.