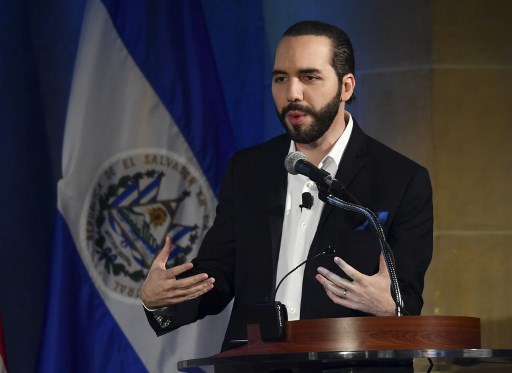 El Salvador’s tax revenue was once again lower than forecast in October, with low consumption sapping income as the government struggles to close deficits seen during the country’s long period of COVID-19 containment.

Taxes stood at US $ 385 million last month, according to finance ministry data, well below the estimated US $ 417 million in the government’s budget projections for 2020, widening the gap between actual totals and forecast for January-October at US $ 717 million – with actual revenues during the period amounting to US $ 4.01 billion.

The government, however, is supported by allocations made under a $ 2 billion emergency spending bill passed at the start of the COVID-19 crisis.

And tax collection, according to economist Luis Memberño, is expected to improve until the end of the year.

Founder of Columa Investments and former board member of the FUSADES development think tank and Bancomercio commercial bank, Memberño told local daily La Prensa Gráfica that he saw a disconnect between financing the crisis and the amount actually spent to mitigate the economic and health impacts of the pandemic.

The collections could resume

Tax collections from January through October were $ 369 million lower than collections in the same period of 2019, but the trend could improve in the later months of the year, according to the economist.

Memberño said the $ 2 billion emergency spending bill included $ 950 million in lost tax revenue, but added that the government needed to readjust its spending to match actual collections regardless. the result.

A more precise estimate should be made of the size of the income differential, comparing what was received in 2019 and this year’s budget, according to Memberño.

As VAT collections continue to be depressed, they have shown signs of improvement over the past two months, said Memberño, who estimates that the actual deviation from forecast in 2020 could improve to 550. million dollars by the end of the year, or $ 400 million. less than what the finance ministry had initially expected.

Actual and projected revenues are detailed in the following graph, based on data from the Ministry of Finance. 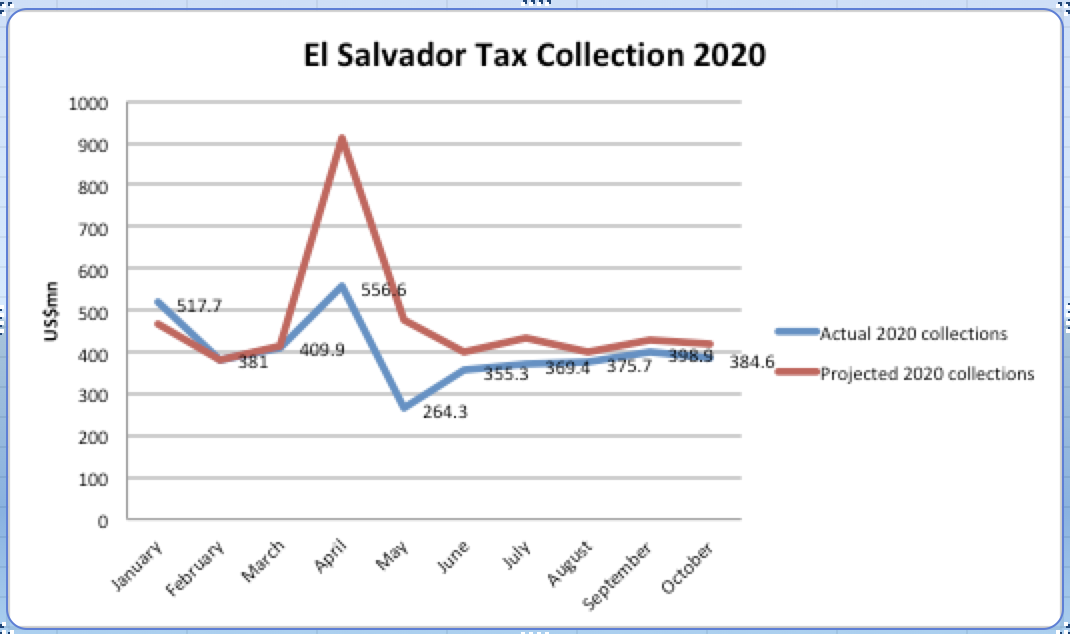 Source: data from the Ministry of Finance of El Salvador

“The gap or deficit is narrowing. The difference will be less than US $ 950 million, ”said Memberño.

The economist said that in addition to the emergency funding of $ 2 billion, the government secured additional funding with banks which contributed more than $ 900 million through the purchase of bonds and bonds. Treasury certificates at the onset of the crisis in March and April.

Finance Minister Alejandro Zelaya said that the funds to deal with the crisis “are approved, but they do not have a budget allocation”, and for this reason the expenses derived from the emergency were “covered by ordinary income “- that is, tax revenue.

The Memberño question said, “is with the $ 2 billion, where $ 950 million is embedded in [to cover lost tax revenue], what will happen with these $ 400 million? “

President Nayib Bukele (pictured) has been criticized for his uncompromising approach to dealing with the crisis, with the nationwide lockdown on economic activity not being largely lifted until August 24.

A study by the London School of Economics showed that even with the lifting of some restrictions on June 16, 65% of 1,661 microfinance recipients said their income had fallen by 80% from the time before. pandemic and that only 42% had received a cash transfer of $ 300. support promised by the government.

The study’s authors wrote that their research into “the effects of El Salvador’s foreclosure shows that those with the lowest incomes and the poorest health have been hit hardest.”

“While many skipped meals and quit work, others even ended treatment for chronic illnesses or took out loans from predatory lenders,” the LSE research wrote. “These adaptations only make the situation worse, and the state must try to address the conditions that are driving them if the country returns to lockdown.”

The prospects for a strong economic recovery in El Salvador are also unclear, and although official third-quarter GDP data is not released until December, the local trade association ANEP believes the economy has shrunk. contracted 7% year-on-year in the third quarter after declining 19.3%. at T2.

“It is very likely that we are already in an economic recession and the details will indicate whether it will be a short or a long recession,” said Rommel Rodríguez, economist at the local think tank FUNDE, as reported. the regional news site El Economista.

Larger-than-expected remittances to the country have served as a lifeline this year with projections from Francisco Gavidia University that full-year remittances reach $ 5.87 billion, or about $ 190 million. dollars more than in 2019 or $ 1.19 billion more than forecast exports for 2020, which are expected to fall by 21%.