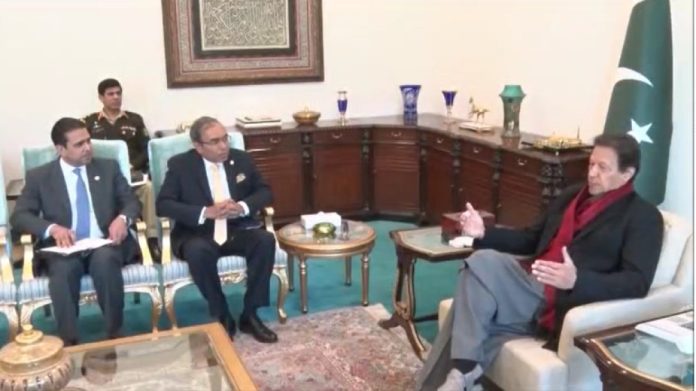 SAARC can create an atmosphere for economic synergies and transform people’s lives: PM

ISLAMABAD: Prime Minister Imran Khan said on Friday that SAARC could create an enabling and beneficial atmosphere to create economic synergies, transforming the quality of life of the people of South Asia.

The Prime Minister, in a meeting with the Secretary General of the South Asian Association for Regional Cooperation (SAARC), Esala Ruwan Weerakoon, reiterated Pakistan’s commitment to the mutually beneficial goals and objectives set out in the Charter of SAARC.

As the Secretary General of SAARC is also from Sri Lanka, the Prime Minister strongly condemned the Sialkot incident and expressed his condolences for the death of Priyantha Kumara who was tortured to death by a mob.

He said there was no justification for such acts and that all necessary measures had been taken to bring the perpetrators to justice expeditiously.

The Prime Minister appreciated the efforts of the Secretary General of SAARC to improve and promote SAARC processes and assured him of the continued support of the Government of Pakistan in strengthening regional cooperation within the framework of SAARC.

He also expressed hope to host the SAARC summit in Pakistan when the man-made obstacles created in his path are removed.

The Secretary General thanked the Prime Minister for his advice on matters related to SAARC and assured him that during his tenure he would make determined efforts to strengthen collaboration between Member States in different areas for the benefit of all countries in the South Asia region.