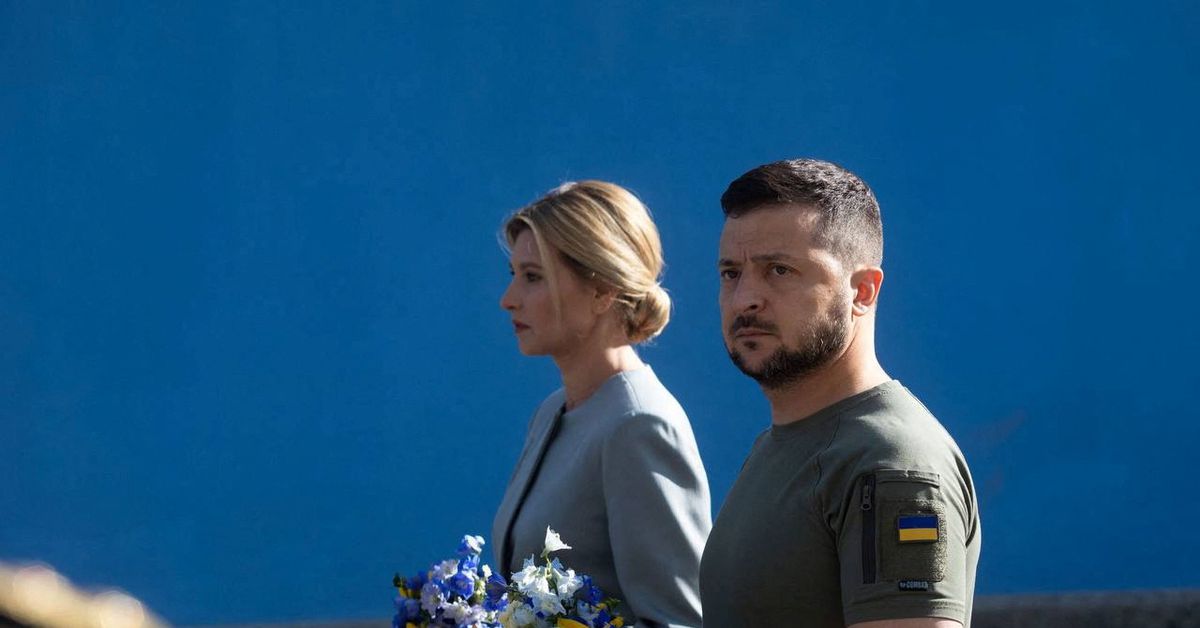 KYIV, Aug 24 (Reuters) – At least 15 people were killed and dozens injured in a Russian rocket strike on a Ukrainian train station on Wednesday, President Volodymyr Zelenskiy said, as his country marked the anniversary of its independence from the Moscow-dominated Soviet regime. .

Zelenskiy had warned on Tuesday of the risk of “repugnant Russian provocations” on Independence Day, which has been marked exactly six months since Russian forces first invaded Ukraine, sparking the most devastating conflict in Europe since World War II.

In a video address to the UN Security Council, Zelenskiy said the rockets hit a train in the town of Chaplyne, about 145 km (90 miles) west of Russian-occupied Donetsk, in eastern Ukraine. Four cars were on fire, he said.

In a moving speech to his compatriots earlier today, Zelenskiy said Ukraine was “reborn” when Russia invaded and he vowed it would eventually drive out Russian forces altogether.

“A new nation appeared in the world at 4 a.m. on February 24. It was not born, but reborn. A nation that did not cry, scream or fear. One that did not flee. Didn’t give up. And didn’t forget,” he said, speaking outside Kyiv’s main independence monument in his iconic battle fatigues.

After days of warnings that Moscow could use Ukraine’s Independence Day to fire more missiles at major urban centers, the second-largest city of Kharkiv was under curfew, following months of bombardment frequent.

Public Independence Day celebrations on Wednesday were called off, but many Ukrainians marked the day by wearing embroidered shirts typical of the national costume.

Air raid sirens sounded at least seven times in the capital Kyiv during the day, although no attacks took place.

Zelenskiy and his wife joined religious leaders for a service in Kyiv’s 11th-century Saint Sophia Cathedral and laid flowers in front of a memorial to fallen soldiers.

In his speech, the 44-year-old leader pledged to take back Russian-occupied areas in eastern Ukraine as well as the Crimean Peninsula, which Russia annexed in 2014.

“We are not going to sit at the negotiating table out of fear, with a gun to the head. For us, the most terrible iron is not missiles, planes and tanks, but chains. Not the trenches, but the shackles,” he said.

Secretary of the UP Olympic Association on the allegations

Protests and tense atmosphere in the old city of Hyderabad