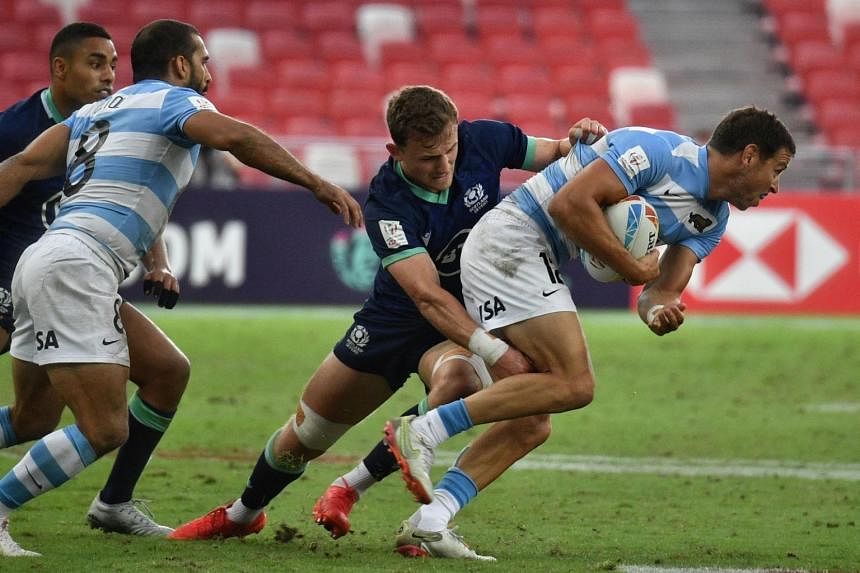 SINGAPORE – For two years, Philippe Richards has been unable to leave Thailand, where she has lived since 2016, due to the pandemic.

But with cross-border travel restrictions easing, the 47-year-old Briton finally got on the plane and her destination was familiar, Lion City to watch the HSBC Singapore Rugby Sevens.

Richards, who was last in the Republic for the 2019 edition, said: “We don’t have a lot of live rugby in Thailand and it’s a relief to be able to come here. It’s a step up from live a life locked inside our homes for the past few years.”

His experience can be told by the thousands of fans on Saturday (April 9) inside the 55,000-capacity National Stadium, which is hosting the seven-a-side tournament for the first time in nearly three years.

Pensioner Barry Yon, 82, flew in from Melbourne to visit his daughter here and was delighted to take part in live sports. The Australian said: “The rugby sevens are going fast and you get to see a variety of teams over two days. Loved the atmosphere today…good to see Singapore heading to reopening.”

There was certainly a semblance of normalcy in the stands – the Fijian supporters were easily spotted thanks to their blue wigs alongside England supporters wrapped in their country’s flag with many holding a beer in their hands – even though there was lots of empty seats.

The 2019 edition drew 57,000 people to the National Stadium over two days, but this year daily attendance is capped at 12,000 as part of safe management measures and spectators must submit a rapid antigen test result ( ART) self-administered negative before entering.

Self-employed All Blacks fan Nicholas Tan, 28, said: “I’m sure when I get out of here and put my mask back on, the realization that we’re all still living very well a pandemic will hit me again. but for several hours today it was almost therapeutic to indulge myself with food and live sports.

“I can’t wait to be back tomorrow.”

While the Republic hosted several major sporting events like the Asean Football Federation Championship last December during the pandemic, the Singapore Sevens is the first that allowed F&B options, including alcohol, in the spectator stands.

It was another step in the right direction, noted 40-year-old Singaporean Yong, who works in real estate. He added: “Being able to eat and drink in the stadium is very welcome as I’ve been here several times to watch football but found it very strange that we couldn’t even drink water at that time.

Augusta National’s most viral customers are a tradition of masters