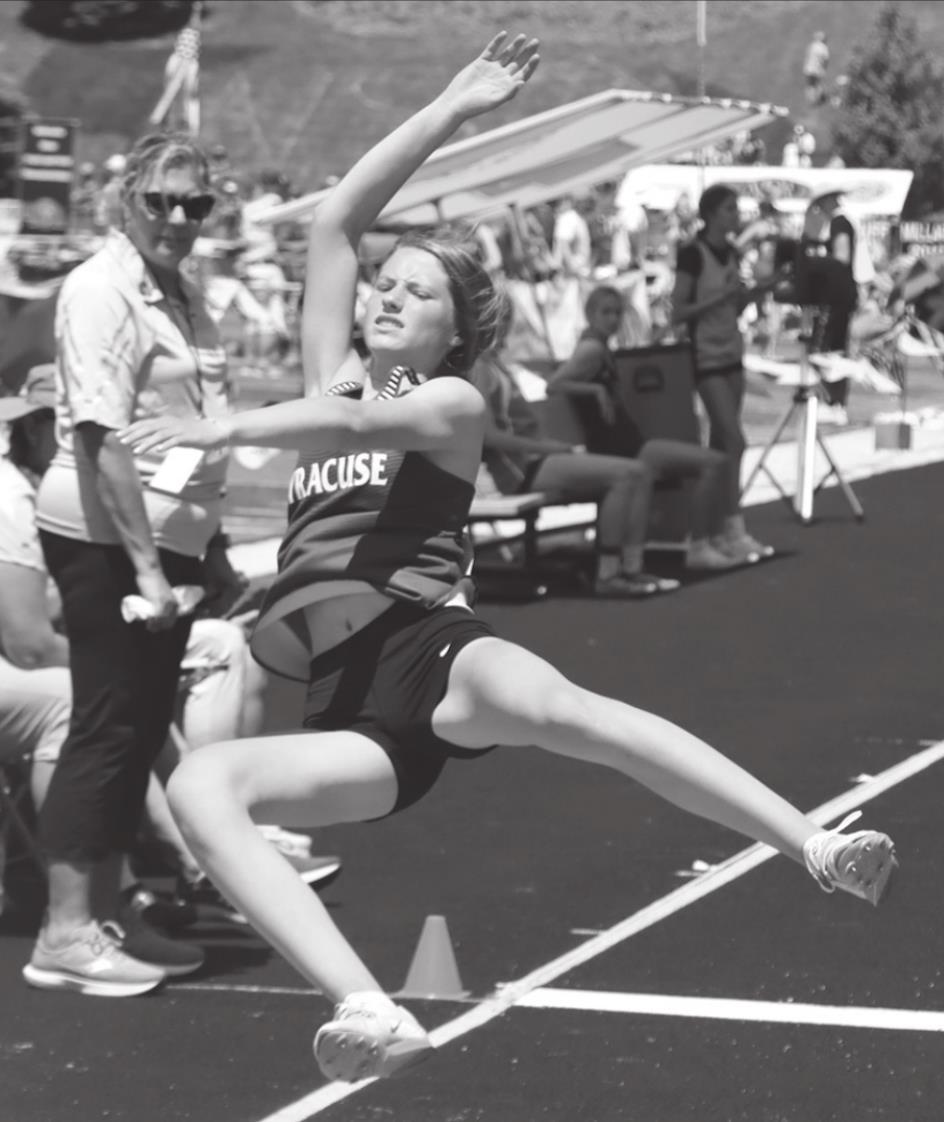 This past Wednesday and Thursday, the Syracuse Athletics team competed in the NSAA Class B State Meet at Omaha Burke Stadium. They walked away with three medals and two school records.

Senior Kennedy Stanley continued his prowess in the pole vault competition with a first place finish at 11’6″, which also improves his current school record. Stanley plans to attend Doane University in the fall and compete in the track and field and volleyball. Senior Lily Vollertsen shot the shot put 42’6 ¾” for third place. Vollertsen will be at Morningside next year playing basketball. With a shot put of 152’11” junior Jase Voorhees placed seventh In placing tenth in the women’s 4x100m relay with 50.75 seconds, team sophomore Kadyn Sisco, senior Hannah Knox, Kennedy Stanley and senior Kamdyn Stanley set a new school record.

The additional entries to the state were as follows:

At the end of the season, Head Coach Rick Nordhues hosted the season-ending banquet and presented the following awards:

Most Improved – Sophia May

As a team this season, the ladies have placed first in four competitions and finished second in three. The boys highlighted the season by winning the Louisville Meet and placing third in two others.