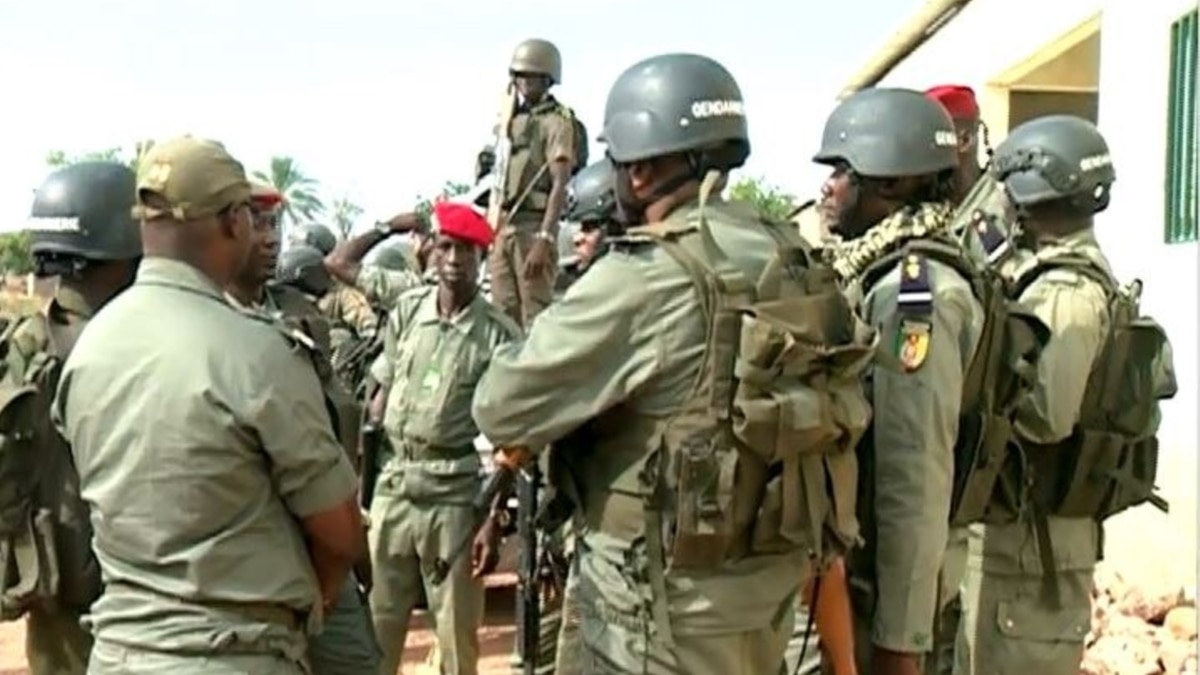 The military reported that rebel rocket attacks on a military convoy in the western village of Bammssing last week killed at least 15 soldiers and 13 civilians, and destroyed several armored vehicles.

Cameroonian Defense Minister Joseph Beti Assomo said Wednesday from a military base in Bamenda, an English-speaking city in the west, that President Paul Biya wanted a change in military strategy in handling the separatist crisis.

Without providing details on the strategic changes, Assomo said Biya wanted his army to immediately stop attacks on government troops by separatists armed with increasingly sophisticated weapons. He added that military intelligence indicates that the fighters benefit from external human and material support.

The army said rebels attacked government troops with anti-tank rockets four times this week in villages in the west, including Sabga.

Assomo said troops had been properly equipped and deployed to separatist hotspots in the English-speaking western regions, particularly on the border with Nigeria, suspected of being the source of the anti-tank rockets.

“We need the support of our people,” he said. “Please denounce them. Describe it [killing]. The kind of guns they [separatists] are using is an indication that there is some kind of support they [fighters] receive from abroad. ”

In August, Cameroon and Nigeria said that Cameroonian separatists, known as the Ambazonia Defense Forces, and the indigenous peoples of Biafra, a group that wants a separatist state in southeastern Nigeria, had joined forces. to create an alliance.

Prince Ekosso, chairman of the opposition Unified Socialist Democratic Party, said Biya should call for a ceasefire to spare the lives of soldiers, civilians and separatists.

“It’s time to end the war [crisis]”he said.” Everyone in the [English-speaking western regions] his heart is bleeding and the whole country is bleeding. It doesn’t help us, it won’t help us. ”

Cameroon has previously said the separatists were using porous borders to import arms through Nigeria.