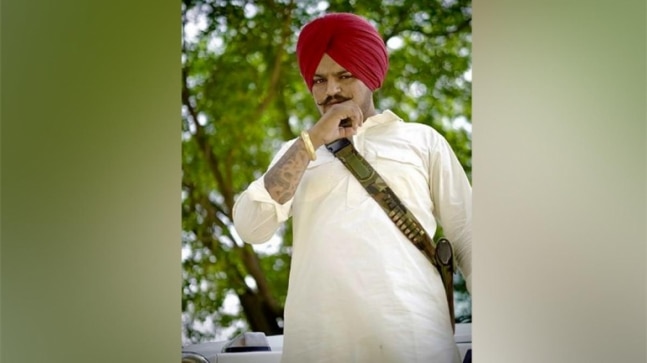 Ahead of the Punjab Assembly elections, Congress inducted Punjabi rapper Sidhu Moosewala into the party in Chandigarh on Friday.

According to congressional sources, the 28-year-old Punjabi singer and actor will participate in the upcoming Punjab Assembly polls. “He could challenge from Mansa or Maur,” said a senior Punjabi congressman.

Speaking on the occasion, Punjab Pradesh Congress Committee head Navjot Singh Sidhu said Moosewala has created a stir in the Punjabi music industry with its ever-increasing popularity around the world, especially among young people.

Moosewala said he was delighted to join Congress as it was “the only political party that provides a healthy platform for ordinary people of humble origins to diligently serve society.”

Who is Sidhu Moose Wala?

Born June 17, 1993, Shubhdeep Singh Sidhu alias Sidhu Moose Wala belongs to the village of Moose Wala in the district of Mansa. Moose Wala has millions of fans and is popular for his gangster raps.

Sidhu Moose Wala’s mother was a village sarpanch. He holds a degree in electrical engineering. He learned music during his college studies and then moved to Canada.

He started his career writing a “licensed” song that was sung by Ninja and ultimately launched his career as a songwriter and singer.

Sidhu Moosewala is also known as one of the most controversial Punjabi singers, openly promoting gun culture, glorifying gangsters in provocative songs.

His song ‘Jatti Jeonay Morh Di Bandook Wargi’, released in September 2019, sparked controversy over a reference to the 18th century Sikh warrior Mai Bhago. He was accused of showing this Sikh warrior in a bad light. Moosewala later apologized.

Another song “Sanju” also sparked controversy in July 2020. The song was released after Sidhu Moosewala was released on bail in the AK-47 dismissal case. He compared himself to actor Sanjay Dutt in the song released on social media. A gun law case was filed against Sidhu Moosewala after a video clip showing him shooting at a shooting range in a village of Barnala went viral on social media in May 2020. However , a Sangrur court subsequently granted him bail.

Sidhu Moosewala has been vocal during farmers’ agitation against the three farm laws, which have now been repealed. He supported the â€œChalo Delhiâ€ protest appeal launched by farmers’ associations.

In December 2020, Moose Wala reached the Tikri border where farmers were protesting and called on the central government to address farmers’ concerns over three farm laws.

3 things to watch out for, odds and prediction