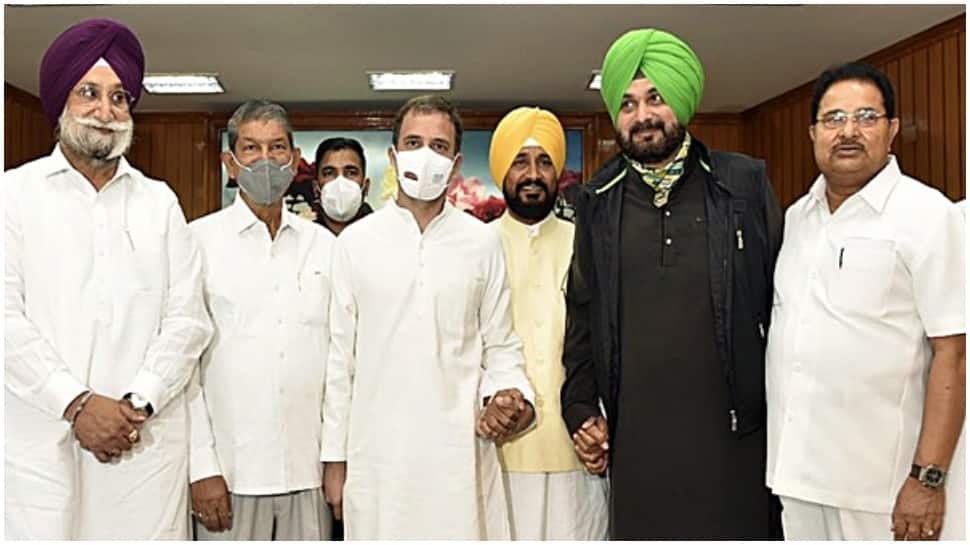 New Delhi: With the announcement of candidate names by the Congress Party in Punjab, election campaigns have not only gained momentum, but the political atmosphere has also started to heat up, especially in the constituencies with strong stake including Amritsar East, Majitha, Qadian, Amritsar North etc. in the Majha region of Punjab from where some of the political bigwigs are vying for elections.

For Majithia, the fight is not just about winning the seat but about decimating Sidhu’s political career. In the last Assembly elections in 2017, Sidhu won by beating BJP’s Rajesh Kumar Honey.

Strangely, the Congress presented a lesser known face and rather a “weak” candidate Jagwinderpal Singh aka Jagga Majithia from Majitha assembly constituency who would only help Bikram Singh Majithia for an easy victory.

The North Amritsar assembly constituency is one of the hottest constituencies hence former BJP leader Anil Joshi who in the recent past defected from the BJP to join the SAD (B ) is in the running. And, for now, his main competition is against AAP’s Kunwar Vijay Partap Singh, a former IPS officer.

Amritsar Mayor Karamjit Singh Rintu hoped the party would pick him over incumbent Sunil Dutti MP but his hopes were dashed after Dutti was sent from Amritsar North Assembly constituency.

Partap Singh Bajwa, Member of Parliament from Rajya Sabha, was aligned by the Congress party from Qadian assembly constituency in Gurdaspur district which was possible after his younger brother and Congress MP Fatehjang Bajwa left Congress to join the BJP after receiving the nod from the party denying him the ticket. in the 2022 legislative elections.

But Partap Singh Bajwa had long given hints about contesting Qadian’s election and was sure that the party high command would appoint him from his desired assembly constituency. Bajwa was so sure he got Qadian’s ticket that in December he launched “Qadian Mission 2022”.