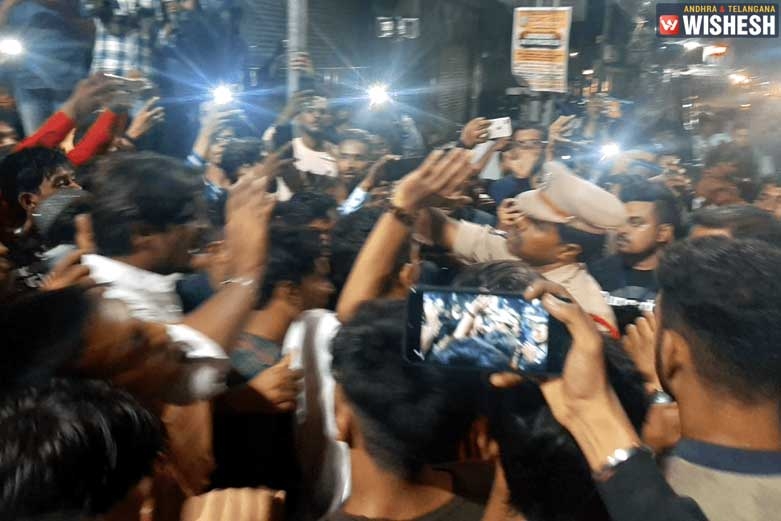 Protests and tense atmosphere in the old city of Hyderabad

Protests and tense atmosphere in the old city of Hyderabad:- BJP Goshamahal MLA Raja Singh’s comments on Prophet Muhammad did not go down well and there is a tense atmosphere all over Hyderabad. Huge crowds gathered in the streets to protest Raja Singh’s arrest. The cops and the armed forces are deployed to bring things under control. All shops and public places have been closed since last night. Religious slogans are brandished and the cops used the thicharge to control the situation. Some of them threw stones and several unexpected incidents were reported. Raja Singh was arrested and released on bail. The BJP suspended him from the party and demanded an explanation in ten days. The court also rejected custody for him.

Raja Singh posted a ten-minute video making derogatory comments about the Prophet Muhammad. Bandi Sanjay, the leader of the Telangana BJP, alleged that Telangana Chief Minister KCR was trying to spark communal riots in the city. This is done to divert attention from his daughter Kavitha who is involved in the Delhi excise policy case. The whole old town is under the control of the cops and section 144 is imposed. All petrol stations in the Old Town are requested to close. 31 protesters were taken into custody last night. Since his release, Raja Singh has remained completely silent and has never responded to protests. Telangana Chief Minister K Chandrasekhar Rao is monitoring the situation closely.