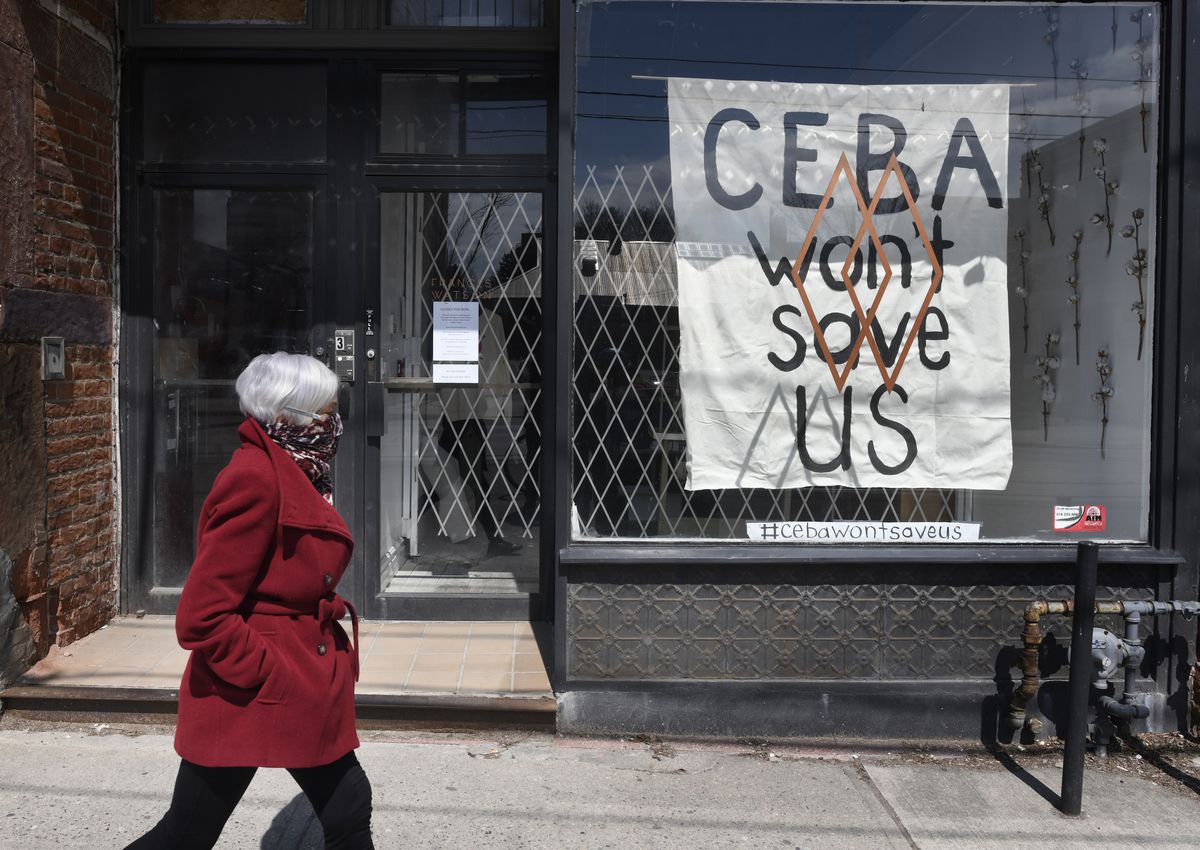 Entrepreneurs say an expanded loan program and rent relief proposal, both announced by Ottawa on Thursday, are still leaving many small businesses behind amid payroll restrictions and vague details of how rental charges would be reduced.

Prime Minister Justin Trudeau said on Thursday that the $ 25 billion Canada Emergency Business Account (CEBA) loan program will now be available to businesses that have spent between $ 20,000 and $ 1.5 million in salaries in 2019, widening the range from $ 50,000 to $ 1 million, he said. Last week.

He also said that Ottawa was working to create a new program, called Canada Emergency Commercial Rent Assistance, to help small businesses during the months of April, May and June. The program is still in its infancy, but there are plans to provide loans, some of which are repayable, to owners of commercial buildings to partially or fully cover the rental charges of tenants. It will take negotiations with the provinces before the final criteria are released.

Small businesses were among the first to feel the acute damage from COVID-19 as they shut down to reduce its spread. Many already had very slim margins before revenues were wiped out over the past month as governments shut down entire sectors of the economy. Fixed costs such as rent are now piling up.

While Ottawa has announced a series of aid programs, entrepreneurs and lobby groups have consistently pointed to shortcomings that could force many small and medium-sized businesses to shut down permanently, leaving owners and their employees with nothing to turn to. when the economy reopens.

Many of those shortcomings persist with Thursday’s announcement, including for most companies that don’t use traditional payroll, such as self-employed workers who pay themselves through dividends and companies whose workers are hired in. as subcontractors.

“It blows my mind,” said Stefanie Antunes, who runs the Toronto-area doula and prenatal education company Discover Birth, and whose workers are all paid as contractors. Despite Thursday’s changes, Ms. Antunes is still not eligible for CEBA. “How do they miss so many companies [who] do not qualify? … There are so many people in this same scenario.

Dia Ursomarzo runs Hounslow’s House, a café on St. Clair Avenue in Toronto. Since opening two years ago, it has worked seven days a week as the sole employee and took no pay to cover initial and ongoing costs. Hanging on the store window is a sign saying “CEBA will not save us”: she too is still ineligible for the program and wonders what impact Ottawa’s tax response will have on many entrepreneurs.

When you’re a business owner and trying to improve your neighborhood, “it’s your dream and you love it,” Ms. Ursomarzo said. “But sometimes you just sit there and wonder, ‘Should it be that hard to be in the community? “”

Ms Ursomarzo contacted the owner of her cafe on Thursday with news of Ottawa’s impending rent relief plan, hoping for a sympathetic ear; she was able to defer April’s rent, but faces double payment in two weeks. Many other entrepreneurs say rent is the problem governments need to solve the fastest.

Aaron Binder wasn’t even able to afford a 50% discount his landlord offered for April rent for his Segway tour company, Go Tours Canada. “We had to beg for this,” he said. “It’s a big first step, but there are obviously still a lot of questions.

These questions include whether rent will be forgiven or deferred – a crucial detail for entrepreneurs who do not want to carry the financial burden of the pandemic for months or years to come. The Canadian Federation of Independent Business said on Thursday it wanted premiers to pressure Ottawa for a program that would reduce or eliminate rent, rather than postpone it.

Further adjustments to the newly created programs are underway, and details will be announced shortly on changes to a new wage subsidy program to accommodate the specific needs of several organizations in the cultural sector.

Ottawa launched the CEBA last Thursday. Interest-free loans of up to $ 40,000 are offered by banks and credit unions. For companies that repay the full amount by the end of 2022, a quarter will be forfeited, meaning the loans can become grants of up to $ 10,000. Trudeau said that to date 195,000 businesses have qualified for a total of $ 7.5 billion in loans.

The CEBA expansion comes as business groups urge governments to start reopening parts of the economy.

However, on Thursday, Trudeau reiterated his view that the current economic restrictions will have to continue for weeks. He said a gradual reopening of the economy cannot begin until measures are in place for “massive” coronavirus testing and contact tracing, in addition to clear evidence that the number of cases has decreases.

“I think everyone understands that until we have a vaccine, until we are in a place where there is proper treatment, there is a massive amount of testing, we will not be able to talk back to normal, ”he said. .

“It would be absolutely disastrous to open up too early or too quickly and have another wave that could be as bad as this one and find ourselves in a situation of having to go back into quarantine, as we are right now, and that everything we have done in recent weeks is for nothing.

Mr Julian said there was clearly more to do, but it was good for the government to respond to criticism from opposition MPs and business groups.

“We see this as an improvement,” he said.

Your time is precious. Receive the Top Business Headlines newsletter delivered to your inbox in the morning or evening. register today.