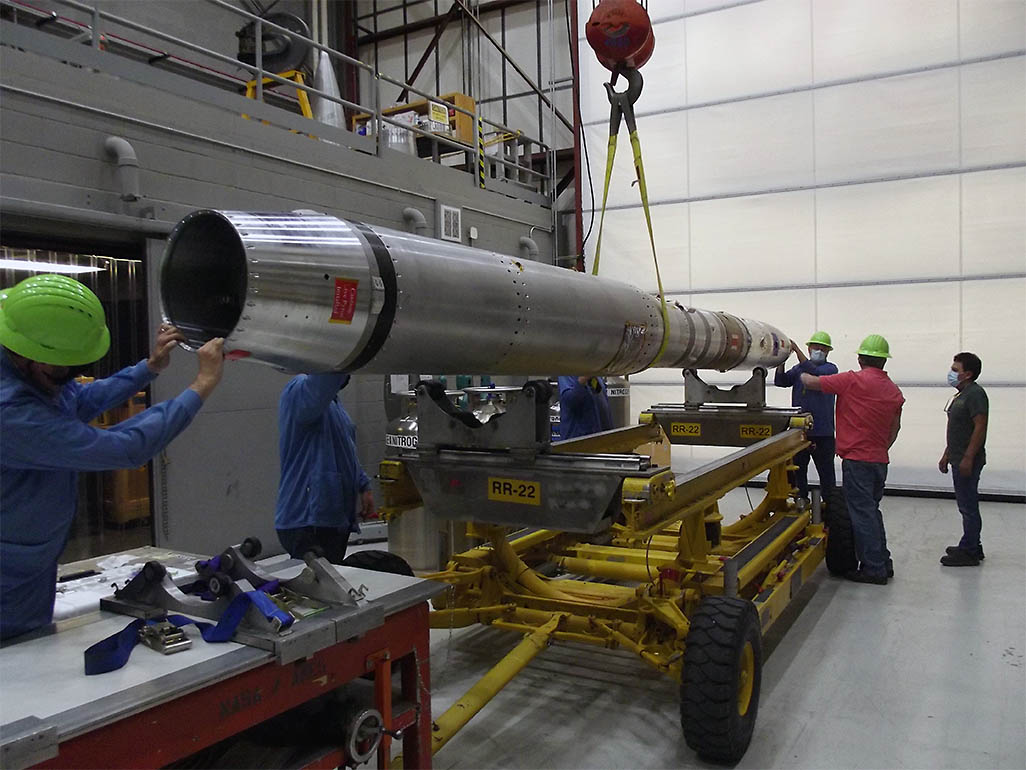 Greenbelt, Maryland – It is best not to look directly at the Sun unless you are one of the NASA Sun Observation Instruments. And even then it will cause damage.

Exposure to the sun degrades light sensors of all kinds, from the retinas of the human eye to instruments aboard NASA’s Solar Dynamics Observatory, or SDO, satellite. Fortunately, with periodic calibrations, these can continue to transmit high-quality data to researchers on Earth.

SDO’s Extreme Ultraviolet Variability Experiment, or EVE, uses sounding rockets for calibration. During approximately 15-minute flights, these suborbital rockets carry a duplicate of the EVE instrument about 180 miles above Earth, where it records measurements to keep its twin instrument on board the SDO tuned in. . Tom Woods, a solar physicist in the Atmospheric and Space Physics Laboratory at the University of Colorado Boulder, is the principal investigator of the EVE instrument.

The 30-minute launch window for EVE’s next calibration flight opens at 11:25 a.m. MT on September 9, 2021, at the White Sands Missile Range in New Mexico.

EVE is a space instrument that measures extreme ultraviolet light from the Sun and the namesake of the EVE sounding rocket mission. The activity of the Sun causes enormous variations in the outputs of this powerful radiation, which is invisible to our eyes and is absorbed by the Earth’s atmosphere before it reaches the ground.

Solar flares, for example, release massive amounts of extreme ultraviolet light. EVE allows researchers to keep an eye on the Sun in near real time. It takes less than a second for SDO data to reach Earth and an additional 15 minutes for the data to be processed into a usable form.

This speed is important because the impacts of this variation can sometimes be felt on Earth. Bursts of extreme ultraviolet light can disrupt Earth’s atmosphere and, therefore, GPS or radio signals passing through it. “Part of our science is providing these measurements to space weather operators who are concerned about how our communication and navigation systems might be disrupted due to a solar flare,” said Woods.

But solar radiation and the harshness of space degrade EVE’s sensors over time. So Woods’ team and NASA are sending sounding rockets – from the nautical term “sound,” which means to measure – into space to recalibrate EVE and keep the data accurate.

In addition to its brief and occasional forays into space, the duplicate instrument spends its time on Earth, sheltered from the harsh space environment and within reach of scientists for tune-ups. By comparing the measurements of this EVE instrument with those of its twin on SDO, researchers can correct any degradation on the satellite version. The information will also be used to validate the calibration of ten instruments on board other spacecraft.

After SDO launched in 2010, Woods and his team aimed to recalibrate the instrument every six months or so. Now they shoot about once every two years because the rate of decay slows down over time. However, the coronavirus pandemic delayed the last launch, so they are now past the three-year mark.

“We can’t wait to launch this one and see how great it all turns out,” said Woods. Once they have the new numbers, they will rerun the data from the past few years to ensure the most accurate measurements possible.

Between sounding rocket launches, the EVE team also uses weekly calibration measurements of SDO’s EVE instrument itself. But, said Woods, those calibrations aren’t as informative. “It doesn’t give you a direct measure of the degradation,” he said. “The only way to really pinpoint this degradation is to do this type of cross-calibration. “

Earth EVE is gearing up for its tenth space trip in 15 years (it started flying before SDO launched), and new questions are emerging. “How many times can you throw this before something breaks?” Woods said. “The vibration of the launch is hard on him, the landing is hard on him too.”

The exact technology inside EVE is no longer available, having been superseded by newer versions, but Woods and his team are building a replacement in case anything breaks in the next few years.

“It’s getting old,” he said. “I don’t know how many more missions he can survive, but so far – I’m knocking on the wood – he’s already been delayed for so many years. During that time, it allowed us to see our Sun like never before. Woods hopes he will continue to shed light on the Sun

How to make your song go viral on social media