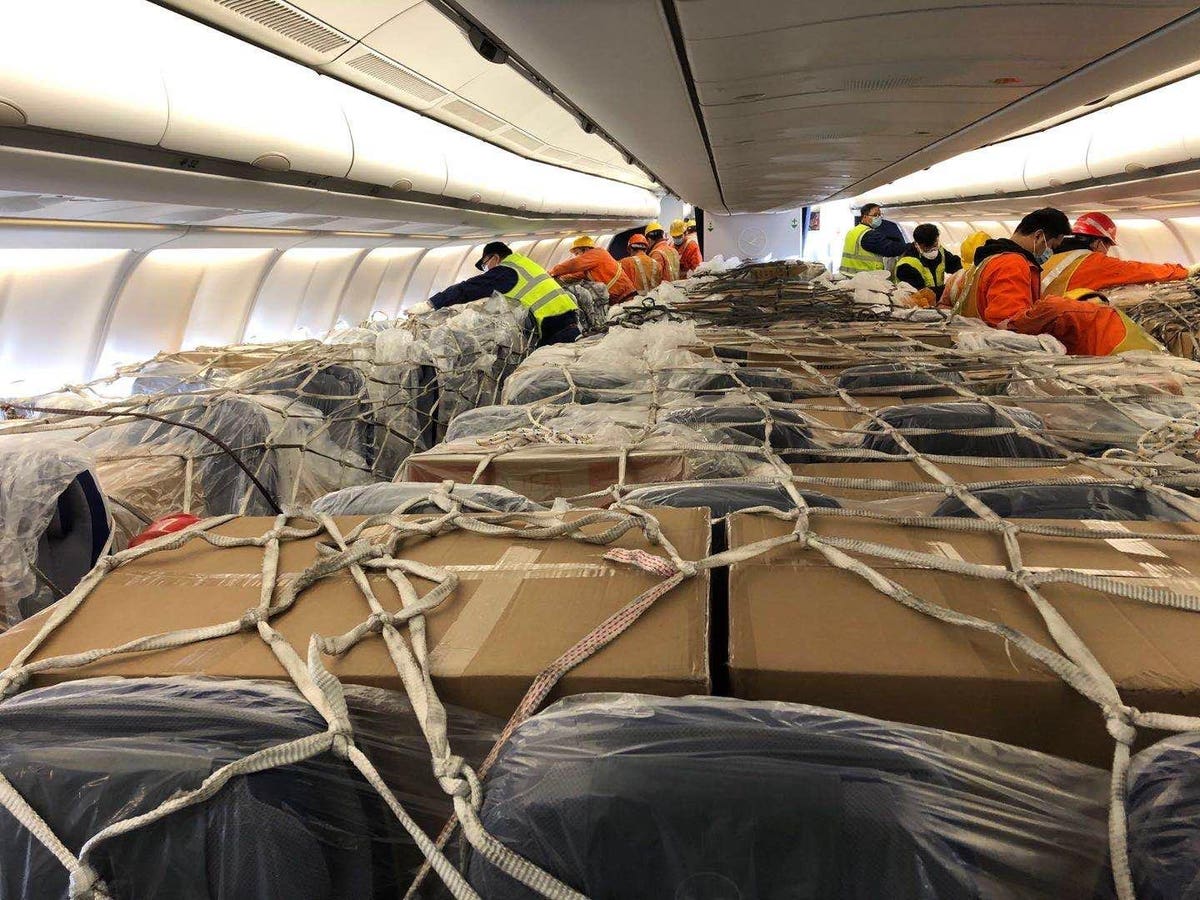 With no passengers filling airplane seats as demand declines in the wake of Covid-19, a growing number of airlines are now piling cargo in the cabins of their planes in hopes of generating at least one fraction of the income they would have generated under normal circumstances. conditions. Abu Dhabi-based Etihad Airways on Thursday, a day after the UAE government temporarily suspended all passenger services to and from the country, became the latest airline to announce the launch of a se – saying “passenger freight network” or the use of passenger planes on freight missions only.

The Gulf carrier is redeploying some of its Boeing 787-10s as freighters to operate 34 weekly flights, initially serving 10 markets. The Dreamliners will complement Etihad Cargo’s dedicated Boeing 777 fleet to ensure the continuity of vital imports into the UAE, including fruits, vegetables, meat, medical supplies, mail and e-commerce. “As the national carrier to the United Arab Emirates, Etihad works closely with the government of the United Arab Emirates to ensure that the country is well served and that the needs of people residing in the United Arab Emirates are not affected, while continuing to play our role as a facilitator of world trade between East and West, ”explained Abdulla Mohamed Shadid, Managing Director of Freight and Logistics at Etihad Aviation Group. Each cargo-only Etihad Boeing 787-10 will offer a capacity of 12 lower deck pallets and four containers, carrying up to 45 tonnes of payload.

Many airlines around the world have launched cargo-only flights using passenger planes to bolster the depressed global air cargo capacity and meet increased demand. American Airlines, for example, last week operated its first scheduled freight-only flight since 1984, when it retired the last of its Boeing 747 freighters. The American-only cargo flight made two round trips between Dallas Fort Worth International Airport and Frankfurt Airport over a four-day period, aboard the 777-300 carrying only cargo and personnel from edge needed. Other carriers offering “passenger cargo” services include the American majors Delta and United, Air Canada, Aeromexico, Austrian Airlines, British Airways, Cathay Pacific, Emirates, Iberia, Korean Airlines, LATAM from South America, Lufthansa, Qantas, Scoot and Swiss.

The European aircraft manufacturer Airbus aAlso stepped in and transported around 2 million masks from Tianjin, China, to Europe with an Airbus A330-800 test aircraft. An Airbus A400M transport plane, known as MSN56 and operated by an Airbus crew, therefore flew from Toulouse to Madrid to deliver supplies of much-needed masks to the Spanish healthcare system.

Typically, between 45% and 50% of air cargo is carried in the abdominal holds of passenger aircraft, but most passenger flights are suspended due to travel restrictions and declining demand due to the pandemic. of Covid-19. According to G.Lyn Hughes, Global Air Cargo Manager at the International Air Transport Association (IATA), more than 1 million flights will have been canceled by the end of June. The reduction in the flow of air passengers “seriously undermines our regular cargo operations,” noted WHO chief of operations support and logistics Paul Molinaro. “We call on airlines and governments to join the global effort to ensure dedicated cargo capacity continues to operate on previously high-volume passenger routes that are now closed.”

While airlines are Providing a strategic lifeline for freight and supporting the continuity of the global trade ecosystem, not all regulators are equally flexible. “We still see examples of cargo flights filled with vital medical supplies and equipment stranded due to cumbersome and bureaucratic processes to secure slots and operating permits. These delays put lives at risk. All governments must step up their efforts to keep global supply chains open, ”stressed Alexandre de Juniac, Managing Director and CEO of IATA.

The European Commission on Thursday backed IATA’s demands and adopted non-binding guidelines to keep essential transport flows, including in passenger planes, moving. As part of the measures, EU governments are urged to grant temporary traffic rights for additional freight operations from outside the EU if restrictions normally apply, even if such traffic operations. freight are carried with passenger planes. Member States are also advised to temporarily remove nighttime curfews and / or slot restrictions at airports for essential air cargo operations, and to facilitate the use of passenger aircraft for cargo-only operations. . Crew members flying on the aircraft should be exempt from travel restrictions if they do not have symptoms.

Transport Commissioner Adina Vălean said: “Time sensitive products, such as drugs, have to be transported by air. The guidelines adopted today also contain recommendations on the removal or flexibility of nighttime curfews or slot restrictions at airports, as well as special measures for air cargo personnel. ”

Comprehensive coverage and live updates on the coronavirus