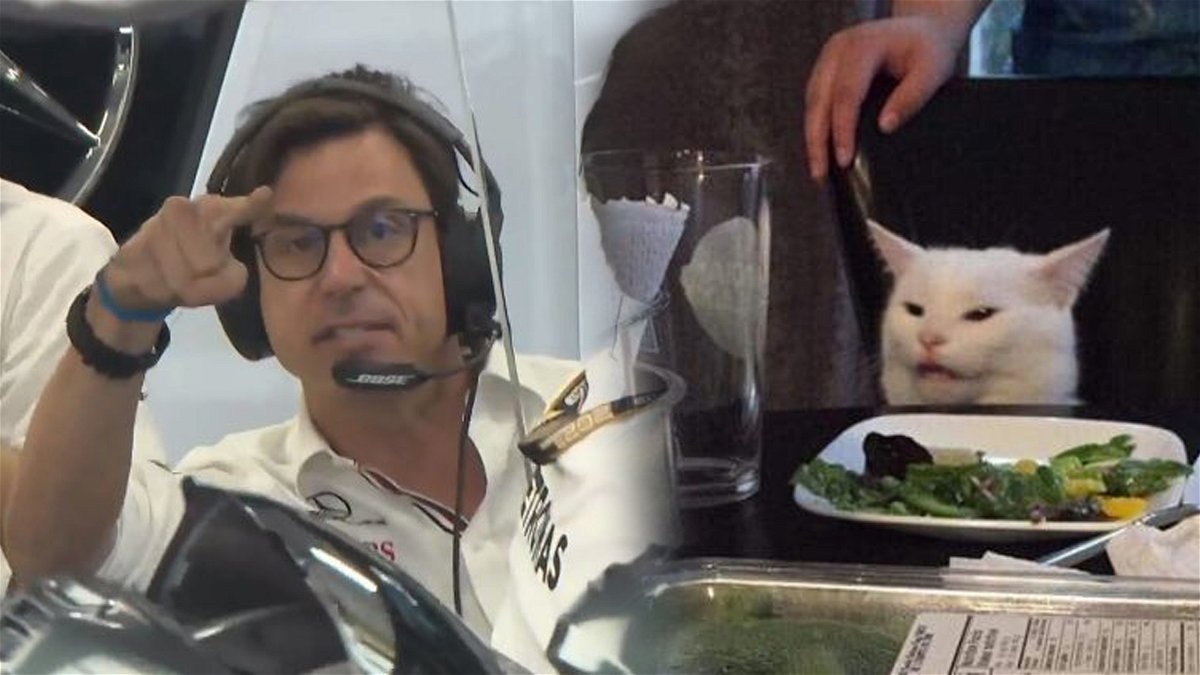 The Sao Paulo Grand Prix made the headlines for multiple reasons, but one of them surely stands out. The reaction of Mercedes boss Toto Wolff when Hamilton passed championship leader Max Verstappen was a sight every F1 fan loved and laughed at.

The Briton finally passed Verstappen on lap 59 at Interlagos and Wolff’s stunning reaction was captured by the garage camera aimed at him. Hamilton says he had a good laugh and loves Toto’s fighting spirit.

The seven-time world champion was asked about it at a press conference ahead of the Qatar Grand Prix, and he spoke at length about it. “There is a pic i saw of him from the last race and it just made me laugh inside it was so goodHamilton said.

He then spoke about the atmosphere and the zeal from which these moments are born. “If Toto didn’t care and was just cool I don’t know … fire and passion are part of our infrastructure and our ecosystem and it trickles down from him,” he added.

The Briton believes in the positions his boss takes for what he thinks is right. â€œWe have grown enormously [close] over the years, as we will continue to do.

The Austrian’s response to the viral meme

Wolff was asked about his viral anger reaction, and he got the funniest answer for it. “It was just a friendly hello to the course director,” said the Austrian jokingly.

Wolff and Hamilton have enjoyed tremendous success as a team over the past few seasons. However, with only three races to go for the season and 78 points to win, this competition is moving towards a scathing end.

The championship protagonists are 14 points apart and the Qatar weekend has already started. This should go all the way to the Yas Marina circuit in Abu Dhabi.

However, this is not the only competition to watch out for; there will also be a lot of tremors in the midfield. An important item to watch out for is the “best of the rest” where Ferrari has the edge over McLaren.

Let us know your predictions for the first-ever Grand Prix of Qatar.