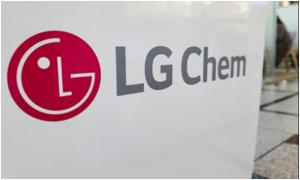 
LG Chem and the Korea Institute of Science and Technology (KIST) have developed a process to manufacture plastic raw materials with carbon dioxide in the air.

LG Chem announced on May 9 that it has developed, through collaboration with KIST, an electrochemical conversion reactor capable of increasing the efficiency of converting carbon dioxide (CO₂) to carbon monoxide (CO) to the lowest level. highest in the world.

An electrochemical conversion reactor is a device that converts carbon dioxide into high-value carbon compounds, such as carbon monoxide, using electricity. It can also make syngas, a feedstock for various fuels and compounds. As the new technology uses carbon dioxide, which is abundantly present in the atmosphere, as a feedstock, it should help the world achieve carbon neutrality.

An official from LG Chem said the company has achieved an optimal scale for the commercialization of the reactor by applying a stacking method, in which the cells are stacked sideways in the reactor. Moreover, the efficiency of the electric current used for the decomposition and reduction of carbon dioxide is over 90 percent, the highest among the values ​​reported in the papers so far, he added.

The two organizations plan to multiply by 10 or more the size of the reactor to commercialize it. Additionally, it plans to develop technology to capture carbon dioxide from the air and produce ethylene (C₂H₄), a feedstock for various petrochemicals.