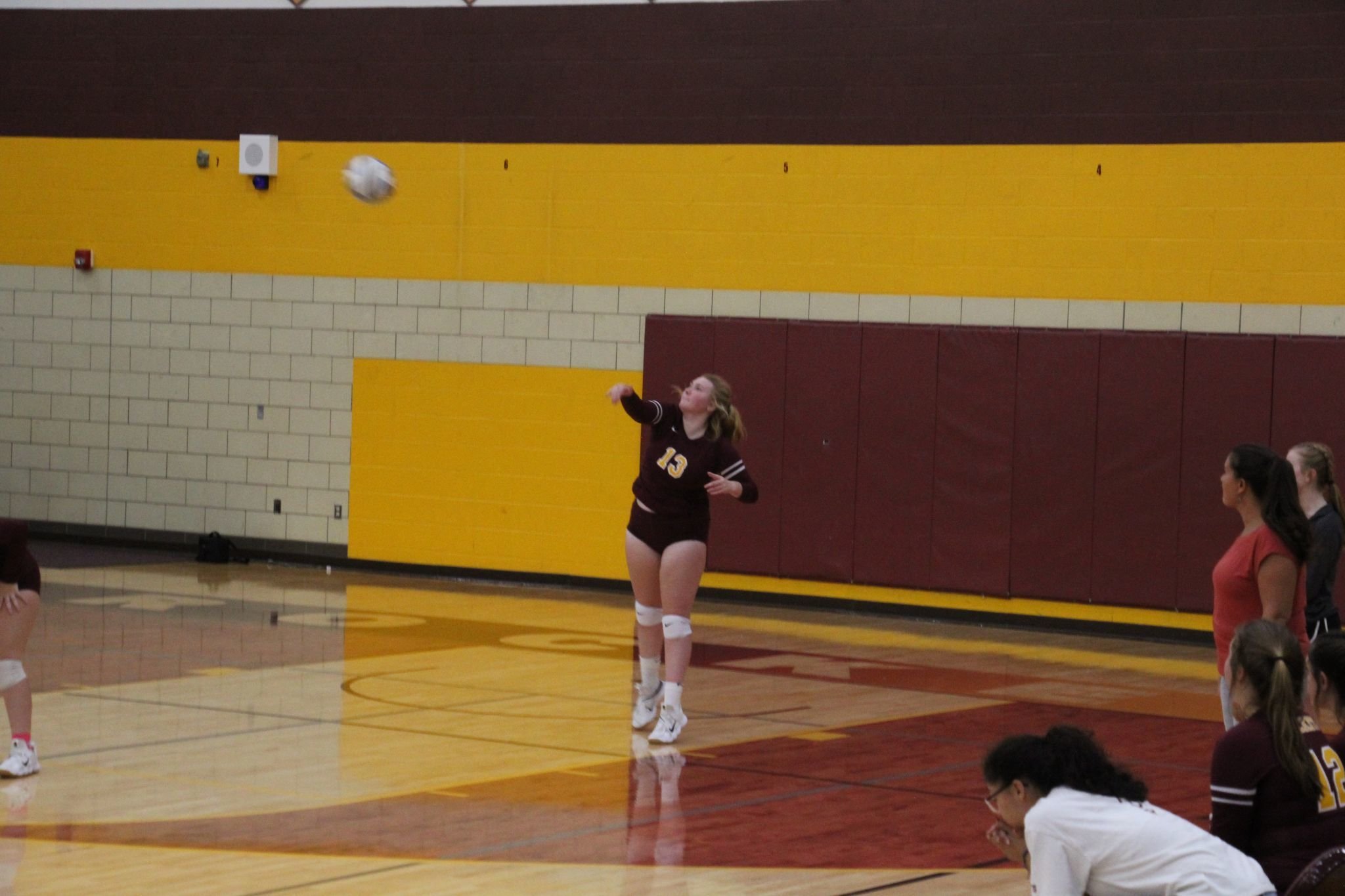 It was a showdown at the Reese High School gym on Thursday night, as the Reese Lady Rockets beat the USA Lady Patriots in four sets.

It was then that the Resse Lady Rockets were inspired. After singing Usher’s “Yeah” in the squad group during the break between sets, the Lady Rockets rallied to win the fourth set, which played out similarly to the third set, 25-17.

“The United States fought well defensively and felt like they did it all, but we were still able to end the night ahead.” Coach Angie Compton said. “My daughters were frustrated but still managed to do great things and get the job done. We are now 17-0 overall and 6-0 in the conference.”

“In the first set we came out so ready, but then we played like everything was fine,” said coach Stephanie Gorney. “It wasn’t until we came out of a 9-20 deficit that it even looked like we were ready to play. In the second set, we settled into the game, earned our points and stopped Marlette Gaining more than one each time they served. At 16-7 we stopped earning our points and they caught up, but our lead was enough to keep us on top. “

“The third set started like the first, scoring no points or running until we were 8-18 down. We came back fighting, but not in enough time,” she continued. “The fourth set was the fight tied. Every time we won a point, they did too. We won two, they won two. We kept our serve and Katelyn Arntz served us for win 26-24. In the fifth set, we took the ball and killed it, played every point and put all the pressure on Marlette. Brenna Bischer served us four points to start, then Katelyn served seven more (including two aces), and Faith finished the serves for us to win 15-3. It was the best feeling to see our hard work paying off to take every point and win this win. “

“We were incredibly on leave tonight.” said coach Natasha Sears. “I don’t know if this was the extreme period between games. Having headache or injured girls, but nothing could go well for us tonight. We can’t wait to meet the Lady Bulldogs in the future.”

The Warriors will travel to Caseville on Tuesday, October 6 for a crossover game against the Eagles.