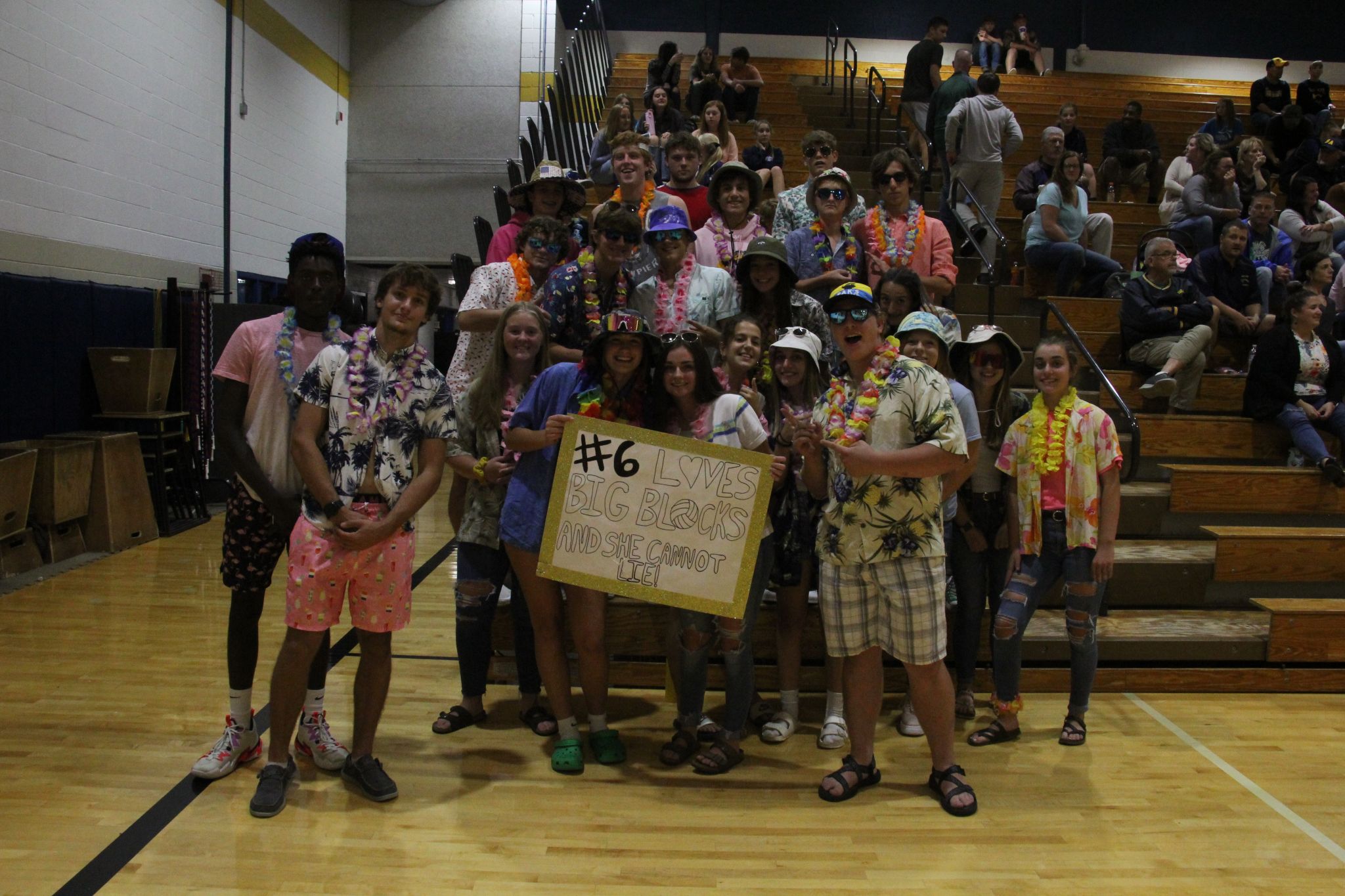 The Bad Ax Lady Hatchets hosted the Reese Lady Rockets in the Tribune Volleyball Game of the Week. The gym was energetic, the vibe was electric, just as coaches Christine Kaczuk and Angie Compton had hoped at the preview.

In the first set, Reese made his presence known by starting with an 8-3 streak, which forced Bad Ax to request a time-out. After that, the Lady Hatchets responded. They fight to hold the set at 11-16, then run an 11-3 run, which forced Reese to call the only timeout they called the night at 18-20, after Bad’s run Axis was 9-2. At that point, Reese and Bad Ax traded points but the Lady Hatchets won, 25-21. The student section came alive in their Hawaiian-themed shirts, with a sign saying they love Sophie Shuart blocks and can’t lie.

The second set was just as competitive as the first. Again, the Lady Hatchets and Lady Rockets traded points at 4-3, then Reese had an 8-1 run, which forced Bad Ax to request a time-out at 8-11. The two teams traded points again until 15-14, and Reese continued with a 6-0 run, which Bad Ax called another time out at 14-21. Another round of trade points gave Reese the 25 they needed, and they won in the second set, 25-19. After the set, Reese’s team created their own energy by singing “Yeah” from Usher, something they did in a previous game of the week that the Tribune covered against the United States.

That energy was what the Lady Rockets needed, as the third set was the most contested of the night after the first. Both teams managed to stop the other from scoring five or more points, but Reese was able to hang on and win 25-20.

This is the fourth set that Reese snatches. A 13-4 run to start the set turned out to be what they needed, and after another round of trade points Reese won the fourth set and the game, 25-12.

Reese remains undefeated in the conference. Bad Ax will travel to Vassar on Thursday evening, October 14.

Other scores from the Upper Thumb area volleyball action: