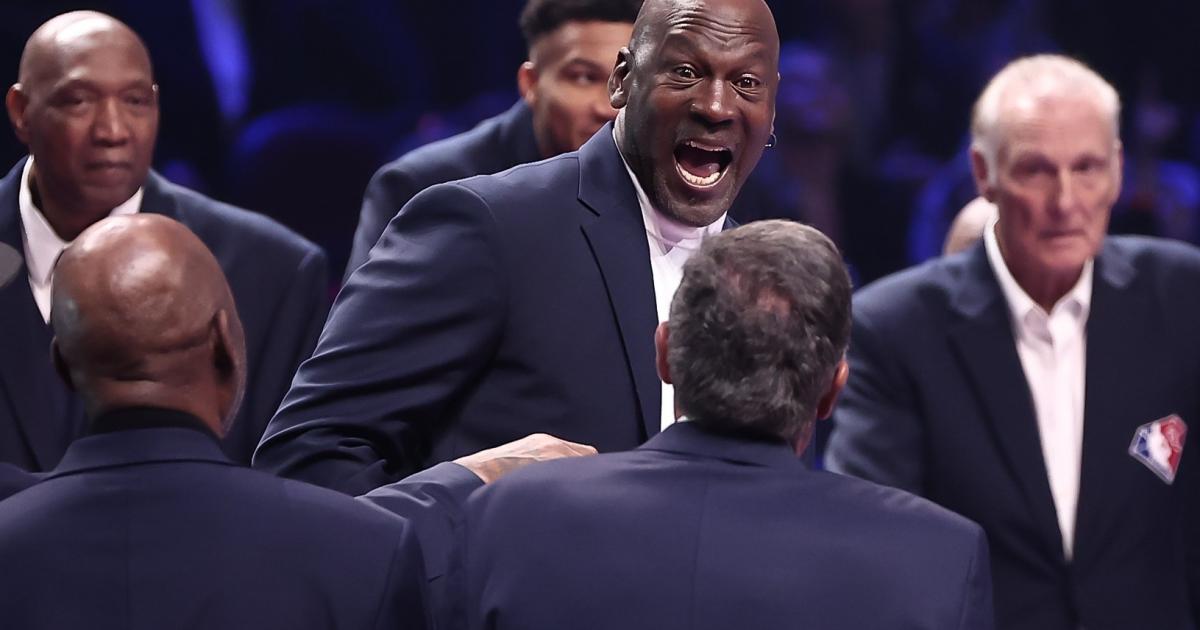 Karl-Anthony Towns had an enjoyable All-Star weekend. The Timberwolves center won the 3-point contest after setting a record for most Final Round points with 29. He scored nine points in 14 minutes in the All-Star Game. Oh, and he got a healthy dose of trash talk from arguably the greatest player in basketball history.

During Sunday night’s festivities, Towns shared a viral moment with Michael Jordan, who was in Cleveland for the halftime ceremony honoring the NBA’s 75th anniversary team. The Hornets owner was seen catching up with other NBA legends at Rocket Mortgage FieldHouse, but he also made time to chat with some of the league’s current stars.

As he left the field, Jordan gave Mavericks goaltender Luka Doncic, who is signed to Jordan Brand, a big hug. The cities then approached Jordan, and it seemed that their interaction was much less cordial.

During a Twitch stream on Tuesday, Towns explained that this was simply a case of Jordan being Jordan.

“That’s why you see me in the video saying, ‘Yeah!’ And the funniest part – MJ is so iconic and so competitive – he looks at me and says, “Yeah!”

“I saw what you did to my team. Fuck you.”@KarlTowns explains what MJ told him at the All-Star Game💀 pic.twitter.com/7ZtwDqdXx7

Jordan was referring to Towns’ terrific performance against the Hornets on Feb. 15. Towns led the Timberwolves with 39 points and 15 rebounds in a 126-120 overtime win.

MJ takes something personally? What a shock!