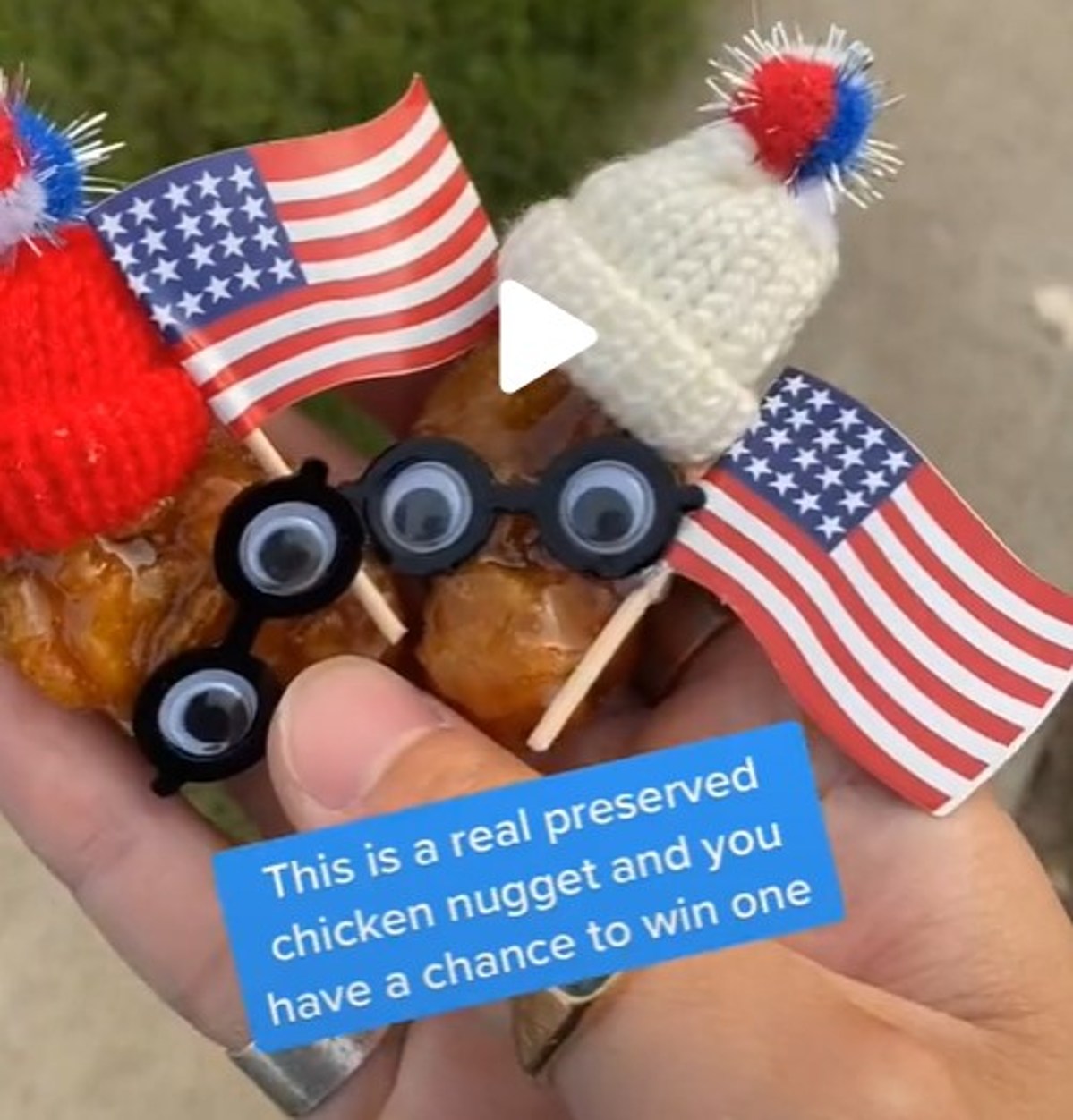 The Kalamazoo man’s love for chicken nuggets has gone viral on TikTok and now it’s become a full-time job.

My son is going to be crazy he didn’t think of it first because he loves chicken nuggets, but according to FOX 17, Zackery Lind from Kalamazoo, who is the owner of Nuggy Buddy, buys chicken nuggets, preserves them then hide them in public places and create treasure hunts for people to find.

I find it amazing how someone can take something like storing and hiding chicken nuggets and make a career out of it.

Lind isn’t the first person to keep a chicken nugget, but the first to make a game of hiding them with others who really want to find them.

Lind has already saved nearly ten thousand chicken nuggets which all started as a joke with a friend that started in 2017.

Zackery Lind, the owner of Nuggy Buddy, buys chicken nuggets, stores them, and hides them in public places for people to find.

I have to admit, it’s pretty funny and clever at the same time, because really, who doesn’t love a chicken nugget?

Lind used to preserve the nuggets and sell them on Etsy, and then a few months ago he made a scavenger hunt of them and has since blown up on TikTok with these videos.

FOX 17 reported that Lind said, “It probably took about two weeks for the first video to go viral. From there I had a lot of fans asking me to do more.”

In this video, Lind shows you how to make a “Batnug”. Which, again, is quite funny and creative.

If you’re looking to find one of these “Nuggy Buddy’s,” Lind hides one every week in a new town. Once a month he likes to do a big project like building a nugget guitar.

Lind’s Etsy business and now his TikTok videos are both growing and he’s hoping to have his own building soon as he’s now made this hobby a full-time job and will be launching a merchandise line soon. Here is a link to what you can buy so far.

I wonder how long before Lind creates a free set of Nuggy Buddy Beer and Hot Wings?

MORE: Some fun photos from Michigan’s past

NEXT: 11 Celebrities From Michigan & Where They Went In High School