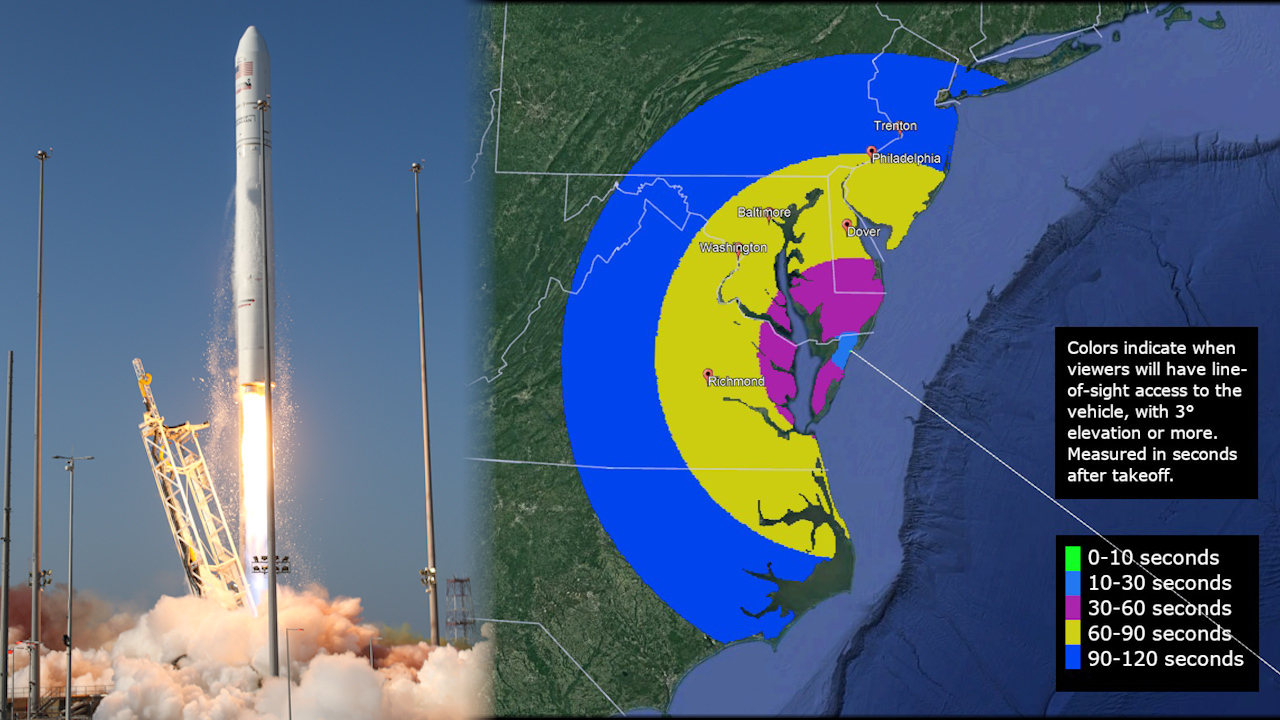 How to watch a rocket launch from Midstate this weekend

Wallops Island, Va. (WHTM) – If all goes according to plan, at 12:40 p.m. Saturday, a rocket on a resupply mission to the International Space Station will launch from NASA’s Wallops Island Flight Facility in Virginia.

If you’re in the right place, you can watch it from the Midstate.

A Northrop Grumman Antares rocket will send off a Cygnus cargo spacecraft filled with more than 8,300 pounds of crew supplies, materials and research equipment. This will be the company’s 17th resupply mission to the ISS from Wallops.

Each time one of these rockets is launched, NASA releases a map showing where and when people along the East Coast can see the launch. It will become visible in south-central Pennsylvania approximately 90-120 seconds after launch.

Get daily news, weather, breaking news and alerts straight to your inbox! Sign up for abc27 newsletters here

Obviously, that means we won’t be able to see the real “five…four…three…two…one…IGNITION!” part. If you want to watch this, you better go to the NASAlive site.

Still, there’s something about watching an actual launch that can’t be matched, even if it’s just a distant streak in the sky. (By the time we see it, it will be over 200 miles away.)

The Antares rocket launch can be seen in Central PA tonight

If you want to try to see it, you’ll need to find an area with a reasonably clear view to the southeast. More precisely, South-South-East. Specifically, about 150 degrees south-southeast.

It will change depending on your location and the position of the rocket on its flight path. Still, if you have a compass, it might help you focus on the general part of the sky to look at.

In addition to a compass, a good pair of binoculars or a telescope will help with observation. If you want to take photos or videos, bring a long telephoto lens and a tripod to stabilize the camera.

How long we may see the Antares launch is uncertain – it will travel a way from us southeast. The first stage cut and second stage ignition will happen just over two minutes after launch, less than a minute after we can see it for the first time.

Keep your eyes open and hope for the best.