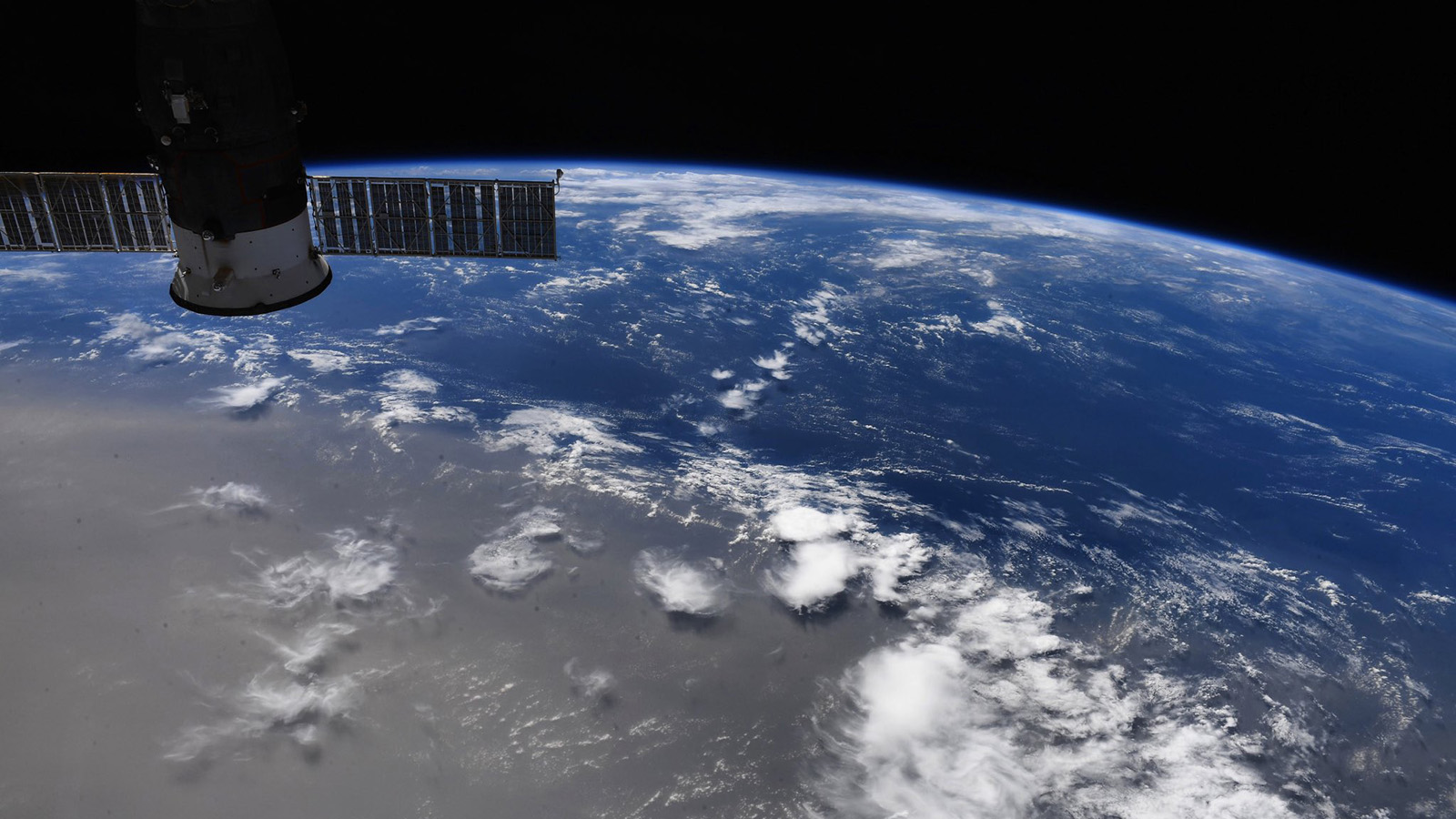 Learn about the role dust plays in Earth’s climate, why scientists are interested in studying space dust, and how to engage students in science with JPL’s STEM resources.

A NASA instrument launched to the International Space Station in early summer will explore the dust’s impact on global temperatures, cloud formation and the health of our oceans. The investigation of the source of mineral dust on the Earth’s surface, or TRANSMITwill be the first instrument of its kind, collecting measurements from space of some of the most arid regions of Earth to understand the composition of soils that generate dust and the greater role dust plays in climate change.

Read on to find out how the instrument works and why scientists hope to learn more about the composition of the dust. Then, explore how to bring science into your classroom with climate lessons that connect physical science with engineering practices.

Scientists have long studied the movements of dust. The fact that dust storms can carry tiny particles great distances was reported in the scientific literature nearly two centuries ago by none other than Charles Darwin as he crossed the Atlantic aboard HMS Beagle. What still remains a mystery all these years later is what this dust is made of, how it moves around and how it affects the health of our planet.

For example, we now know that the dust deposited on the snow accelerates the melting of the snow even more than the increase in air temperature. That is, dust moving to cold places can cause increased snowmelt.

A layer of dust on the snow accelerates the rate of spring snowmelt. Credit: NASA | + Enlarge image

Dust can also affect air temperature. For example, dust with more iron absorbs light and can heat the air, while dust with less iron reflects light and is responsible for local cooling. Iron in dust can also act as a fertilizer for plankton in the oceans, providing them with the nutrients needed for growth and reproduction.

A plume of dust is shown emanating from the Copper River in Alaska in October 2016 in these images captured by the Moderate Resolution Imaging Spectroradiometer, or MODIS, instrument on NASA’s Terra and Aqua satellites. Dust storms play a key role in phytoplankton blooms by delivering iron to the Gulf of Alaska. Credit: NASA | › Full image and caption

Floating dust potentially changes the composition of clouds and the rate at which they form, which can ultimately impact weather patterns, including the formation of hurricanes. This is because clouds need particles to act as seeds around which droplets of moisture in the atmosphere can form. This process of coalescence of water particles, called nucleation, is a factor in cloud formation.

A whirlwind of dust mixes with clouds in a low-pressure storm over the Gobi Desert between Mongolia and China. This image was captured by the MODIS instrument on the Terra satellite in May 2019. Credit: NASA | › Full image and caption

Thanks to EMIT, we will take the first steps to understand how the movements of dust particles contribute to local and global climate change by producing “mineral maps”. These mineral maps will reveal differences in the chemical makeup of dust, providing critical information to help us model how dust can change Earth’s climate.

› Learn more about what EMIT will do with JPL News

NASA explored how dust moves around the world by combining on-the-ground field studies with cutting-edge technology.

As Dr Kalashnikova describes, “From the ground we can see what types of dust are being kicked up into the atmosphere by dust storms on a local scale, but with EMIT we can understand how they differ and from where they originally come from.”

EMIT is the first instrument designed to observe a key part of the mineral dust cycle from space, allowing scientists to track different dust compositions globally, rather than in just one region at a time. To understand the impact of dust on Earth’s climate, scientists will use TRANSMIT to answer key questions, including:

The EMIT instrument will fly aboard the International Space Station, which orbits the Earth about once every 90 minutes, completing about 16 orbits a day. Credit: NASA | + Enlarge image

To achieve its goals, EMIT will spend 12 months collecting what are called “hyperspectral images” of some of the driest regions of our planet selected by scientists and engineers as areas of high dust mobility, such as the North Africa, the Middle East and the American Southwest.

These images are measurements of the light reflected from the Earth below, calibrated to the distinct patterns, or spectra, of light we see when certain minerals are present. The EMIT team identified 10 of the most common minerals, including gypsum, hematite and kaolinite.

This sample spectrum shows how scientists will be able to identify different concentrations of minerals and elements in the data collected by EMIT. Credit: NASA/JPL-Caltech | + Enlarge image

Why are these minerals important? One of the main reasons is the presence or absence of the element iron, present in some minerals but not in others.

Dr. Bethany Ehlmann is a planetary scientist and co-investigator for the EMIT project at Caltech and explains that when it comes to heating, “a little iron goes a long way.” The iron in minerals absorbs visible and infrared light, which means that even if only a small amount is present, it will result in a much hotter dust particle. Large amounts of hot dust in our atmosphere can impact temperatures globally, as these dust particles emit heat as they move, sometimes even across the oceans!

Collecting images from space is of course not an easy task, especially when trying to look only at the ground below. Yet it allows scientists to get a big picture that’s impossible to capture from the ground. Field studies allow us to take individual samples from tiny places of interest, but from space we can scan the entire planet in remote places where no scientist can go.

Of course, there are some complications in trying to study light reflected from the Earth’s surface, such as interference from clouds. To avoid this problem, the EMIT team plans to collect data multiple times at each location to ensure that the images are not obscured by clouds between the instrument and the minerals we are looking for.

The data collected by EMIT will provide a map of the dust compositions of dry, desert environments around the world, but the team involved won’t stop there. Knowing more about the composition of dust opens the way to a broader understanding of some of the complex processes that make up our global climate cycle. Once this study is complete, EMIT’s mineral maps will support further campaigns to complete our overall dust picture. For example, NASA hopes to couple data from EMIT with targeted field campaigns, in which scientists can collect wind-blown dust from the ground to learn more about where dust particles move over time. time and answer questions about types of moving dust. .

In addition, missions such as Aerosol multi-angle imageror MAIA, will allow us to better understand the effects of these dust particles on air quality and public health.

The study of the Earth’s climate is a complex puzzle, made up of many traceable characteristics. These can range from sea level to particles in our atmosphere, but each helps measure the health of our planet. Bring EMIT and NASA Earth Science to your classroom with these lessons, articles, and activities to better understand how we explore climate change.