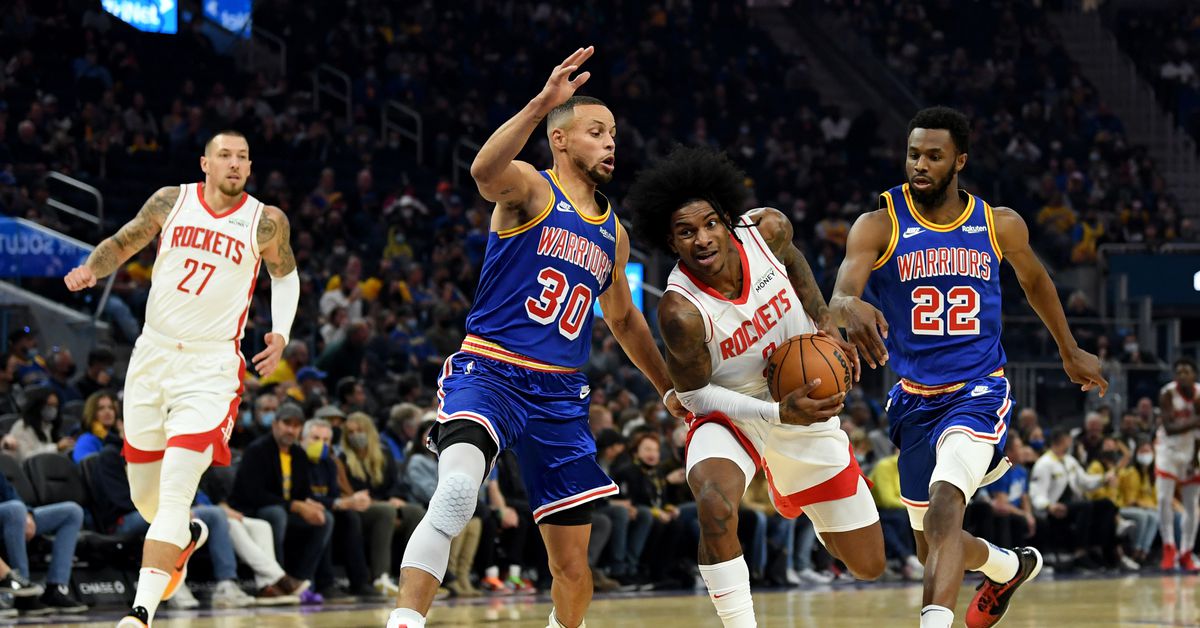 The Houston Rockets are hoping to wrap up a 5-game road trip at 4-1. Even at 3-2, this would easily be Houston’s most successful trek outside of the Toyota Center.

The Golden State Warriors are back, sort of.

After finally being a mediocre/bad team for a few years (and losing Kevin Durant to the not-so-good D’Angelo Russell), it looked like we were heading into the twilight of the Big Three era in the Bay Area. Klay Thompson’s injuries in consecutive seasons have been brutal and his comeback has been fun. Still, it’s annoying that they’re so good again so soon. Indeed, Steph Curry and Draymond Green seem revitalized this season. It’s almost like knowing that Klay will be back gives them the juice to start the year off right.

Am I salty? Yes. Do I agree that the Warriors would be fun if they weren’t responsible for the pain of the previous era in Rockets history? Yes too.

Speaking of Draymond, he’s coming out tonight. He is the heart and soul of this iteration of the Golden State Warriors and without him they lose so much. Every year, he’s the most underrated player in the NBA in my eyes.

Either way, even with the Warriors playing the second straight night, Houston is expected to lose tonight.

Tipping is at 9:00 p.m. CT on AT&T SportsNet Southwest

Thursday, February 10, 2022 is TDS night during a Rockets game against the Toronto Raptors. Get a discount on tickets and spend the evening with TDS. CLICK HERE TO BUY YOUR TDS TICKETS