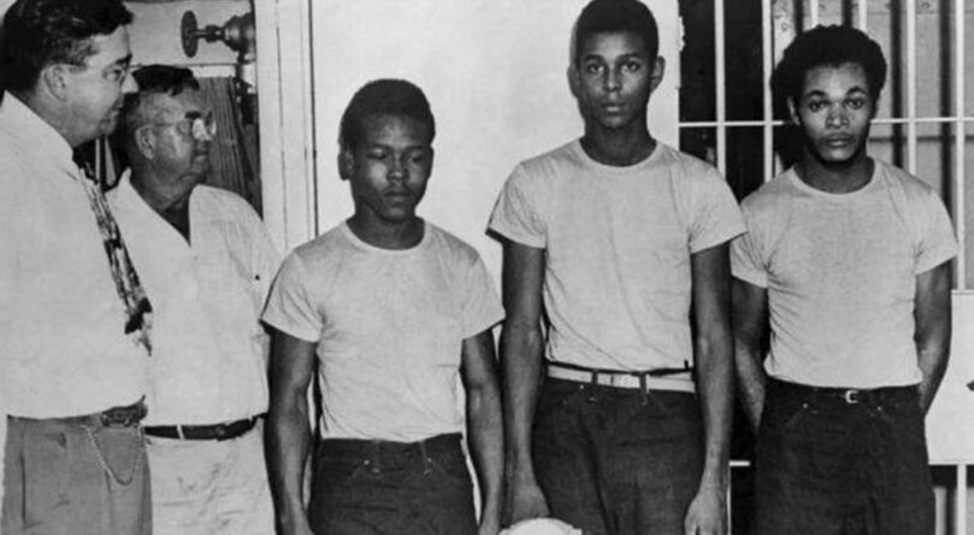 A Florida judge ultimately cleared the Groveland Four, the African-American men falsely accused of raping a white teenage girl in 1949.

Carol Greenlee, daughter of Charles Greenlee, said, â€œMy father was a caring, loving and compassionate person who did not rape anyone.

Administrative Judge Heidi Davis has dismissed charges against Ernest Thomas and Samuel Shepherd, both of whom were shot shortly after the false allegation made by Norma Padget, who was 17 at the time.

Judge Davis then quashed the convictions and sentences of Charles Greenlee and Walter Irvin.

The men who became known as the Groveland Four were between 16 and 26 years old at the time.

“We followed the evidence to see where it led us, and it led us to this moment,” said prosecutor Bill Gladson at the press conference.

Following the 1949 indictment, the Ku Klux set fire to many black neighborhoods in the town of Groveland.

The Klan reportedly shot Thomas more than 400 times, killing him. They beat the false confessions of Greenlee, Irvin and Shepherd.

During the retrial, jurors still returned a guilty verdict, but Greenlee and Irvin were given life sentences instead of the death penalty.

Authorities granted Irvin his release from state prison in 1968. He died a year later of a heart attack at the age of 39.

Charles Greenlee, the last surviving member of the Groveland Four, was paroled in 1962 and moved to Nashville, Tennessee. He died on April 18, 2012, at the age of 78.

Independent investigations determined all four were innocent, and in 2017, the state apologized to their families.

In 2019, Florida Governor Ron DeSantis pardoned the men, but family members continued their fight to clear their names completely.