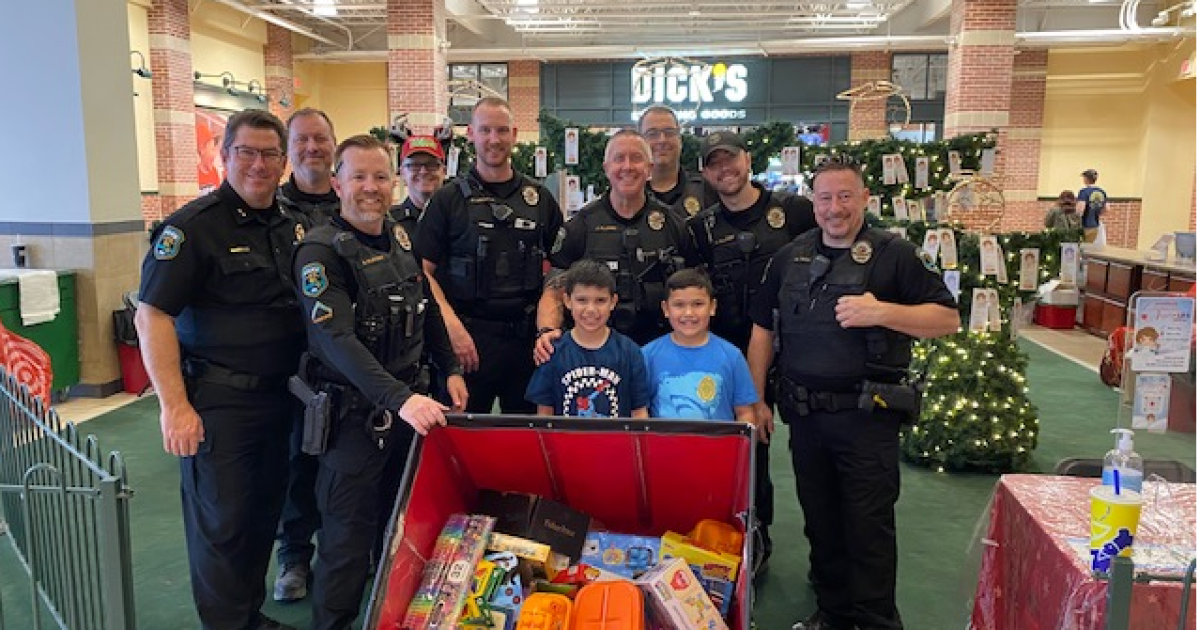 GLENDALE, AZ — An act of generosity and sacrifice by an 8-year-old child from Peoria led some Glendale police officers to pay the young man off with a belated birthday party.

Jaden Simmonds is like most kids his age. Spiderman is his favorite superhero, he loves collecting sloths and he loves playing his Sonic the Hedgehog video game.

What sets Jaden apart from other kids his age is what he decided to do for his birthday.

Over the summer, Jaden told his mum that instead of throwing a big birthday party, he’d rather his friends and family bring him presents for the kids who don’t have so many.

So, for over a year, Jaden collected the toys. Enough to fill a big red bin that was to be hauled through the Arrowhead Mall and drop the jaws of Glendale Police Officer Jeff Alloway and Commander Ryan Horrall.

“We’re just trying to teach our kids to be selfless and to think of others,” said Krysta, Jaden’s mother.

“It’s shocking to see a child so young, to have such a heart, such a big heart to give and give up,” said Officer Alloway.

Motivated by Jaden’s generosity, a few Glendale police officers sought to pay it forward and threw a belated birthday party at Urban Air in Peoria on Friday.

“The gesture he made, we didn’t want to go unnoticed,” Officer Alloway said.

Jaden spoke to local media on Friday and told a camera room on tripods taller than him that he enjoys helping others and it makes him feel good when he does. Like most kids his age, Jaden admitted he couldn’t wait to stop answering questions from the media and just jump on the trampoline.

With Krista’s endorsement of age-appropriate games and police searches to locate the console, Glendale police also presented Jaden with a Nintendo Switch.

His face lit up when he unwrapped the hard-to-find gift.

“The fact that he thought of others besides himself was a very proud moment,” Krysta said.