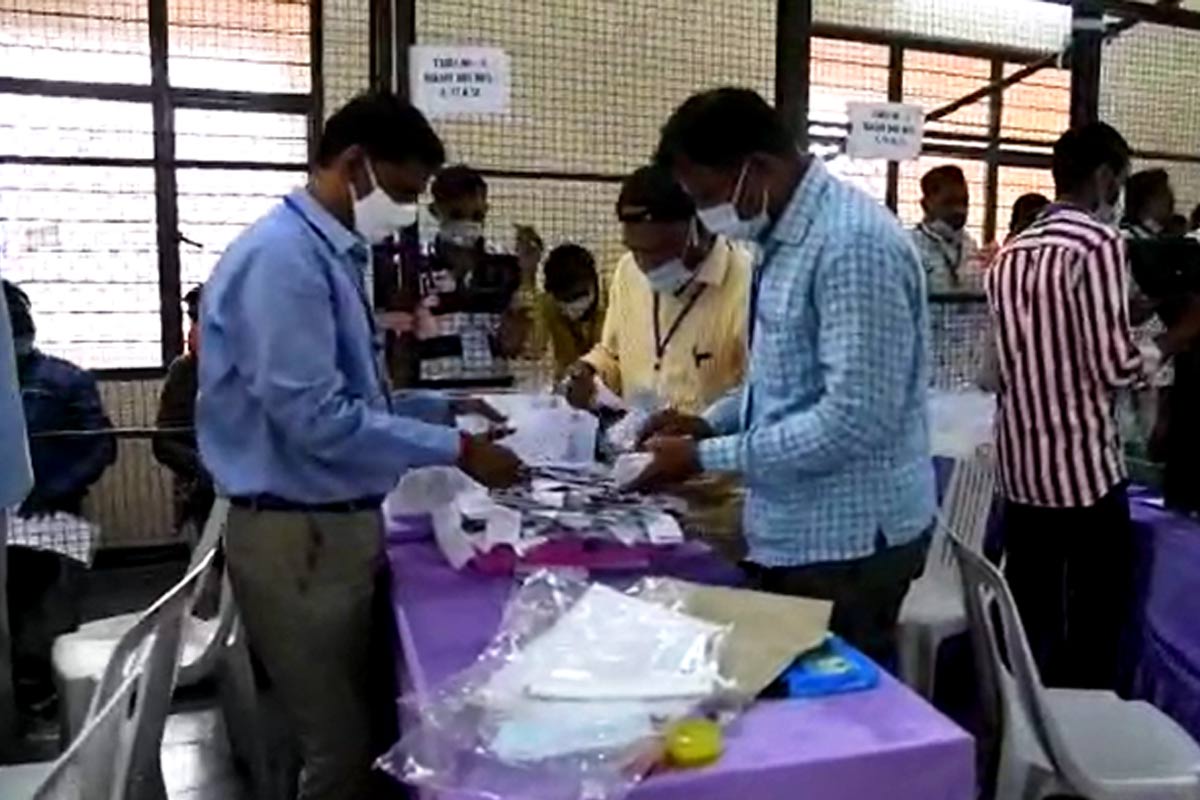 Everything is ready for the counting of the votes in Huzurabad, Badvel

The counting of the postal ballots will be carried out first. Subsequently, the votes recorded in the electronic voting machines (EVM) will be counted.

All arrangements have been made for the counting of votes in the October 30 by-elections in the assembly constituencies of Huzurabad and Badvel in Telangana and Andhra Pradesh respectively. In Huzurabad, the counting of the votes will take place on Tuesday from 8 am at the SRR College. Telangana Chief Electoral Officer Shashank Goel told reporters in Hyderabad on Monday that all arrangements were in place for the count.

The counting of the postal ballots will be carried out first. Subsequently, the votes recorded in the electronic voting machines (EVM) will be counted. Two rooms have been set up for counting with 7 tables in each room. The counting process will be completed in 22 rounds. Each round should last 20 to 30 minutes. The presence of a large number of candidates in the fray could cause a delay in the proclamation of the results.

The CEO clarified that the video of the VVPAT unit that went viral on social media on Sunday was not among the units used in the poll. He said the video was taken while transporting the machine but was not used for the elections. After the video went viral, opposition BJP and Congress accused leader Telangana Rashtra Samithi (TRS) of trying to change the verdict in his favor by switching EVM and VVPAT units.

Meanwhile, the Election Commission banned any victory parade after the count. According to the orders issued by the director general, no more than two people will be authorized to accompany the successful candidate or his representative when receiving the certificate of election from the returning officer.

In the hotly contested by-election, 86.33% of the nearly 2.37 lakh voters cast their ballot. The percentage of the ballot was 2.5% higher than the turnout in 2018. Out of 2,367,337 voters, 2,055,053 voted in the by-election, which took place peacefully, barring minor skirmishes between the voters. supporters of the TRS and the BJP.

A total of 30 candidates were running in the by-election, prompted by the resignation of Eatala Rajender after he was sacked from the state cabinet by Chief Minister K. Chandrasekhar Rao over allegations of land grabbing. Rajender, who has represented the Huzurabad headquarters since 2009, ran as a candidate for the BJP. He was locked in a direct fight against Gellu Srinivas Yadav of the TRS. The electoral authorities in the constituency of Badvel in Andhra Pradesh have also made all arrangements for the count.

The constituency, reserved for listed castes, recorded 68.12% of the votes. A total of 2,16,139 voters were eligible to vote.

Fifteen candidates tested their political fortunes in the poll, caused by the death of MP G. Venkatasubbaiah of the ruling YSR Congress Party (YSRCP). The YSRCP fielded his wife Dasari Sudha, who was locked in a three-way match against Mr. Kamalamma of the Congress party and P. Suresh of the BJP. The main opposition Telugu Desam Party (TDP) stayed out of the competition in line with its tradition of supporting family members of the deceased MP.