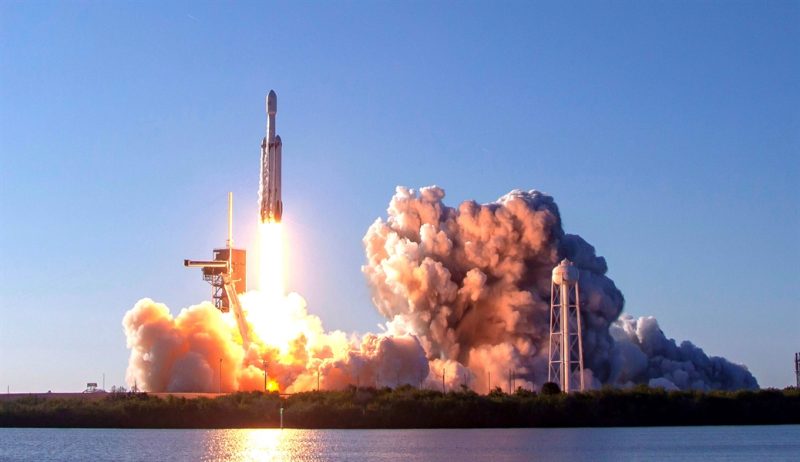 Damage to the ozone layer from rocket launches?

The projected growth of rocket launches for space tourism, moon landings, and possibly trips to Mars have many dreaming of a new era of space exploration. But a NOAA study suggests that a significant increase in spaceflight activity could damage the protective ozone layer on the only planet we live on.

Kerosene rocket engines widely used by the global launch industry emit exhaust gases containing black carbon or soot. This exhaust goes directly into the Earth’s stratosphere, where an ozone layer protects all living things in our world from the harmful effects of the sun’s ultraviolet radiation. Too much of this radiation can cause skin cancer and weaken the immune system in humans. It can also disrupt agriculture and ecosystems.

According to new NOAA research published June 1, 2022 in the peer-reviewed magazine Journal of Geophysical Research Atmospheres, a 10-fold increase in hydrocarbon-fueled launches would damage the ozone layer and alter atmospheric circulation patterns. This level of increase is plausible over the next two decades, based on recent trends in space traffic growth.

Christopher Maloney of the Boulder-based CIRES research group is lead author on the new research. He said:

We need to know more about the potential impact of hydrocarbon engines on the stratosphere and on the Earth’s surface climate. With further research, we should be able to better understand the relative impacts of different types of rockets on climate and ozone.

Maloney said launch rates have more than tripled over the past few decades. He said accelerated growth is expected in the coming decades. Rockets are the only direct source of human-made aerosol pollution above the troposphere, the lowest region of the atmosphere, which extends to a height of about 4 to 6 miles ( 6.5 to 9.5 km) above the Earth’s surface.

The research team used a climate model to simulate the impact of approximately 10,000 metric tons of soot pollution injected into the stratosphere above the Northern Hemisphere every year for 50 years. Currently, about 1,000 tons of rocket soot exhaust is emitted each year. Researchers warn that the exact amounts of soot emitted by the various hydrocarbon engines used around the world are poorly understood.

The researchers found that this level of activity would increase annual temperatures in the stratosphere by 0.5 to 2° Celsius (or about 1° to 4° Fahrenheit), which would alter global circulation patterns by slowing down jet streams. subtropical up to 3.5% and weakening the stratospheric overturning circulation.

Temperature and atmospheric circulation strongly influence stratospheric ozone, noted co-author Robert Portmann, a research physicist at the Laboratory of Chemical Sciences, so it was no surprise to the research team that the model found changes in stratospheric temperatures and that winds have also caused changes in abundance. of ozone.

Scientists have found that ozone reductions occur toward the 30 degree north pole, roughly the latitude of Houston, almost every month of the year. The maximum reduction of 4% occurred at the North Pole in June. All other locations north of 30°N experienced at least one reduction in ozone throughout the year. This spatial pattern of ozone loss directly coincides with the modeled distribution of black carbon and associated warming. Maloney said:

The bottom line is that the predicted increase in rocket launches could expose people in the northern hemisphere to an increase in harmful UV rays.

The research team also simulated two larger emissions scenarios of 30,000 and 100,000 tonnes of soot pollution per year to better understand the impacts of an extremely large increase in future space travel using hydrocarbon engines. They wanted to more clearly study the feedbacks that determine the response of the atmosphere. The results showed that the stratosphere is sensitive to relatively modest injections of carbon black. Larger emission simulations showed similar, but more severe, disturbances in atmospheric circulation and climate loss than the 10,000 metric ton case.

The study built on previous research conducted by members of the team of authors. A 2010 study led by co-author Martin Ross, a scientist with The Aerospace Corporation, first explored the climate impact of an increase in soot-producing rocket launches. A second study done at NOAA in 2017, of which Ross was a co-author, examined the climate response to water vapor emissions from a proposed reusable space launch system using cleaner hydrogen rockets. Ross said:

Our work highlights the importance of ozone layer depletion caused by soot particles emitted from liquid-fueled rockets. These simulations change the long-held belief that spaceflight’s only threat to the ozone layer came from solid-fuel rockets. We have shown that particles are where the action is for spaceflight impacts.

While the new research describes the influence of soot in rocket exhaust on the climate and composition of the stratosphere, the scientists said it represented a first step in understanding the spectrum of impacts on the planet. stratosphere of increased spaceflight.

They said they will have to assess the combustion emissions of different types of rockets. Soot and other particles generated by satellites that burn up as they fall from orbit are also a growing and poorly understood source of emissions in the mid to upper atmosphere. These and other topics will require further research to produce a complete picture of space industry emissions and their impacts on Earth’s climate and ozone.

Bottom Line: A new NOAA study indicates that as rocket launches increase over the next 20 years, the black carbon, or soot, emitted from these launches could damage the ozone layer.

Members of the EarthSky community – including scientists, as well as science and nature writers from around the world – provide their input on what’s important to them.

“I can’t wait to feel that adrenaline and that atmosphere and play in front of those fans,” Bernabei