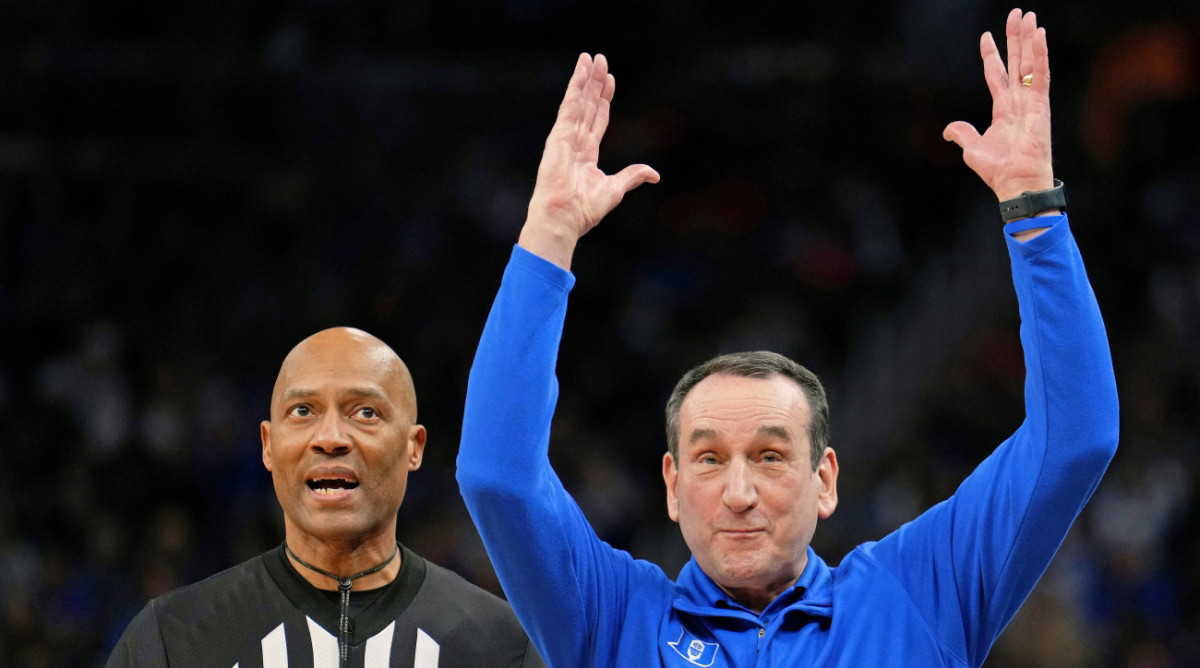 The pressure was high in the Duke–Texas Tech Sweet 16 game on Thursday night, especially with the possibility of Mike Krzyzewski coaching his final collegiate contest.

The legendary manager is retiring from coaching after this season after 42 years at the helm. His final game will be at some point during this year’s NCAA Tournament.

But, even with the Blue Devils trailing for the majority of the first half against the Red Raiders, Coach K found a way to relax a bit.

When Duke’s Jeremy Roach lost control of the ball and accidentally hit a referee on the sideline, knocking him down, Coach K looked at the referee and waved a blocked call.

This filmed exchange captured a smile from the 75-year-old coach accompanied by a laugh from the referee.

No one was injured in the incident.

Officials have been lambasted at this year’s tournament due to a slew of seemingly missed calls. It was a nice change of pace to see a positive exchange on the pitch between an official and a coach.

The Blue Devils ended up winning 78-73 to continue Coach K’s career until at least Saturday when Duke takes on Arkansas in the Elite Eight.