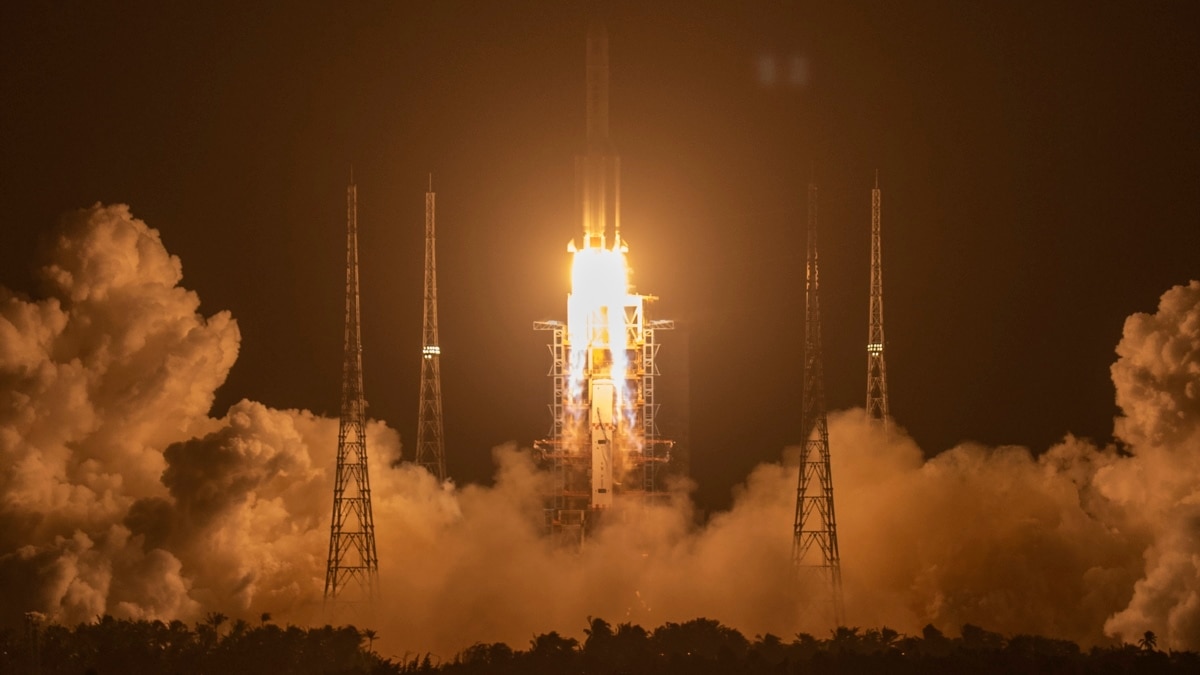 
Chinese researchers say they believe a group of rockets could be used to change the trajectory of asteroids which could pass close to the Earth.

A team from the National Center for Space Science of China carried out simulation on the proposed asteroid defense system.

Scientists said their research suggests 23 rockets of China’s largest rocket type could force a large asteroid to change direction. They said the rockets could move the asteroid off its course a distance of 1.4 times that of Earth. Ray.

Most experts agree that there is only a small chance that a large asteroid or other space object will crash into Earth and cause great destruction. However, many organizations recognize the real risk of such an event.

For example, the US space agency NASA and its international partners constantly search the skies for what scientists call Near Earth Objects (NEO). Such objects include asteroids and comets which are less than 50 million kilometers from Earth’s orbit.

Chinese research was based on defense against a specific asteroid, Bennu, which orbits the sun. Bennu is about half a mile wide. It is considered a near-Earth asteroid. Nasa said Bennu reaches his closest distance from Earth every six years.

The researchers recently reported on their proposal in a study published in a global scientific publication titled Icarus.

Alan Fitzsimmons is Professor of Astrophysics at Queen’s University Belfast in Northern Ireland. He told Reuters he had the idea of ​​using rockets to act like an asteroid deflector “quite a beautiful concept. “

Fitzsimmons continued, “By increasing the mass hitting the asteroid, simple physics should ensure a much larger effect.” He added, however, that the actual operation of such a mission needs to be further explored.

Experts have estimated that there is about a 1% chance of a 100-meter-wide asteroid hitting Earth in the next 100 years, Gareth Collins said. He is a professor at Imperial College London. “Something Bennu’s size collide is about 10 times less likely, ”Collins added.

Scientists say deviating the path of an asteroid poses a lower risk than blowing the rock up with nuclear explosives, which can shatter it into pieces without changing direction.

Between late 2021 and early 2022, NASA plans to launch the robotic DART spacecraft to reach the near-Earth asteroid Didymos. NASA considers Didymos a “binary asteroid system”. This means that it is made up of a large main asteroid and a smaller “Moonlet” asteroid.

NASA says that when the DART spacecraft arrives in Didymos about a year after launch, it will attempt to crash into the moon. The test seeks to find out how the crash will affect the trajectory of the asteroid.

I am Bryan Lynn.

Reuters reported this story. Bryan Lynn adapted the report for VOA Learning English, with additional information from NASA. Caty Weaver was the editor.

We want to hear from you. Write to us in the Comments section, and visit our Facebook page.

Words in this story

asteroid – m. a rocky object that revolves around the sun like a planet

simulation – m. a creation of something that behaves or looks like something real but is not

Ray – m. the distance between the center of a circle and its edge

comet – not. an object in space that leaves a line of light behind it in the sky

concept – m. an idea of ​​principle