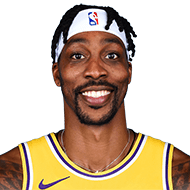 Chandler Parsons on agent Dan Fegan negotiating with the Rockets: ‘Instead of winning 920,000, I was pushed to the max and we got Dwight Howard’

By Jeanette A. White Last updated Mar 15, 2022
Share
Chandler Parsons on signing a max deal with Memphis Grizzlies: I was all for Portland. I was like, we can cancel the offer from Memphis, I’m going to Portland and playing with Damian Lillard and CJ McCollum… that’s great. Then JB Bickerstaff and David Fizdale, who are my family, they had just gotten the head coaching job in Memphis and I said, let’s have the meeting. And also they had Marc Gasol, Mike Conley, Zach Randolph… They also had a team. So we’re at Dan Fegan’s at the Memphis meeting. And I see Fegan turning red and getting a little weird. Then five minutes later he says “hey let’s take a break”. We’ll meet again in five hours, and he says, “CP, come here.” I go to his room with him and he tells me ‘you’re going to Memphis’. And I’m like, what do you mean? And he says ‘Portland is going to give you a physical and because of Greg Oden and Brandon Roy’s injury history you might not pass. Believe me, if you do that and they tell you that you’re taking a minimum deal and you’re smoked out on that 95 million”. I was on Zillow looking at houses in Portland! Then I go back in there and I… Oscar performance [laughs] I’m going back in there… ‘Listen guys, I’ve never been so sure about anything in my life. Grind and grind until the day I die [laughs]. I’m in!’ It was just another crazy Dan Fegan story. It was crazy. This man has done it again.