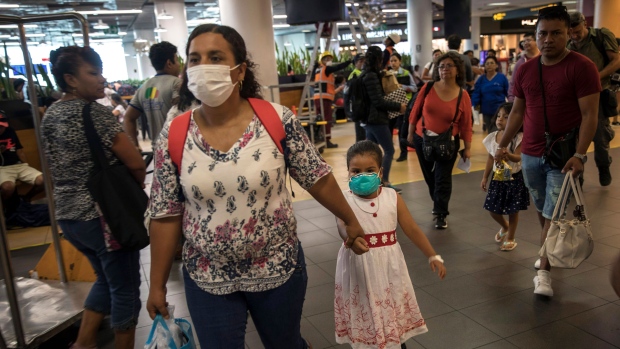 “Some of us are out of medicine… [we have] two little kids waiting at home, ”Masha Andreeva, a Canadian stranded in Lima, Peru, told CTV News.

Andreeva is among hundreds of Canadians stranded in Peru after the country declared a nationwide state of emergency on March 15. Drastic restrictions prevent people from traveling inside or outside the country and impose a strict curfew between 8 p.m. and 5 a.m.

More than 500 Canadians have since joined a Facebook group called “Canadians Stuck in Peru,” where they exchange information about the lockdown.

“There are police and military vehicles on the streets right now, it’s madness,” Andreeva said.

Laura Nikhamki says her 12 and 16-year-olds are part of a larger Toronto area judo team stranded in eastern Ukraine.

“We are calling for something to be done immediately,” Nikhamki told CTV News.

“It could take four weeks, eight weeks… we don’t know anything and it’s so scary.”

Anthony Williams-Jones, a professor at McGill University, traveling to Morocco with five students, told CTV News they were “on their own” after speaking at the Canadian embassy.

A petition launched by Williams-Jones calling on the government to mobilize “all possible means” to repatriate Canadians has since received more than 14,000 signatures.

“While we welcome the recommendations of the federal and provincial governments that encourage Canadians to return home, we deplore the fact that our fellow citizens are on their own,” the petition reads.

Deputy Prime Minister Chrystia Freeland said on Thursday that consular support is being provided to people in Peru and Morocco, echoing Prime Minister Justin Trudeau’s sentiment that the government is “working urgently” to help Canadians return home. them.

However, Trudeau previously acknowledged that some Canadians could take weeks to get home.

The federal government has also offered financial assistance to Canadian travelers, offering them emergency loans of up to $ 5,000 to help them get home, which many say is not helpful for Canadians stuck in the city. abroad if there are no flights leaving the country.