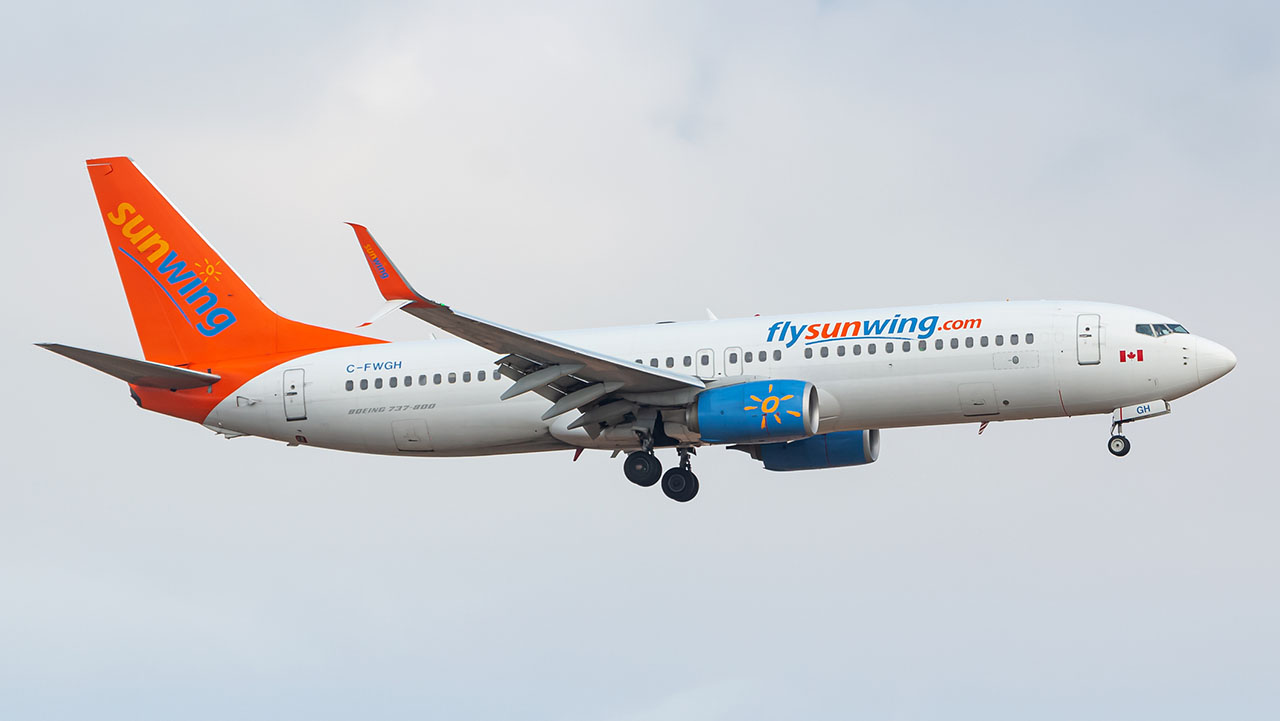 (NEXSTAR) – A group of passengers who were filmed partying on a recent Sunwing Airlines flight from Montreal to Cancun could be stranded in Mexico after footage of their high-flying antics went viral.

News of the in-flight fiasco made headlines earlier this week after members of the tour group were seen vaping, drinking and avoiding masks on the December 30 chartered flight. Pictures of their behavior – some of which were obtained by Le Journal de Montreal – even caught the attention of Canadian Prime Minister Justin Trudeau, who called their actions a “slap in the face” for Canadians who were actively working for it. to guard themselves and their fellow human beings. safe citizens.

Now, several Canadian airlines say unmasked travelers will not be welcome on return flights to Canada, with Air Transat, Air Canada and even Sunwing all refusing to take them home.

In a statement obtained by the City News of Winnipeg, Sunwing says the group was offered a return flight, but only if it could agree to a set of safety conditions. Tour organizer James William Awad released a statement Thursday morning claiming Sunwing insisted that there be no in-flight meals on the five-hour return flight, claiming this stipulation was the only reason why an agreement could not be reached.

â€œUnfortunately, the group did not agree to all of the terms,â€ Sunwing said. â€œAs a result of our ongoing investigation and the group’s refusal to agree to all the conditions of carriage, we made the decision to cancel the return flight. We regret any inconvenience to passengers.

Air Canada also said it would ban any passengers they could identify from the Sunwing flight. Air Transat, meanwhile, released a public statement on Twitter confirming that some of the offending passengers had tried to book Air Transat flights from home.

“We confirm that they will be denied boarding due to our legal and regulatory obligations to ensure the safety of our passengers and crew, which is our top priority,” said Air Transat.

To complicate matters further, one of the passengers who spoke to the Canadian press claims that she and about 30 other members of the group have since tested positive for COVID-19 in Mexico.

â€œThe organizer has just left everyone. I don’t know who’s still there. All flights have been canceled, â€the young woman said in a statement obtained by the Ottowa Citizen.

She also claimed that she won the trip via an Instagram contest and expected a â€œrelaxingâ€ and â€œsafeâ€ vacation with the group, made up of social media influencers and reality stars, according to CTV News Montreal. On social networks, she told her 16,000 subscribers that she was ready to “face the consequences” of her actions.

If indeed travelers have tested positive for COVID-19, Canadian regulations would prohibit them from entering until 14 days have passed since their last positive test, or they obtain a medical certificate confirming that the symptoms are ” not linked to COVID-19 “, according to the Government of Canada.

“There will be a full investigation exactly what happened in this situation, â€Trudeau said. â€œI think like all Canadians who have seen these videos, I am extremely frustrated. We know how hard people have worked to keep themselves safe, limit their family gatherings to Christmas, wear masks, get vaccinated, do whatever it takes. And it’s a slap in the face to see people put themselves down, put their fellow citizens, endanger airline workers by being completely irresponsible.

â€œI can assure you that this is a situation that Transport Canada takes very seriously, and we are definitely monitoring this situation. “

In short: which airline receives the most complaints?

Omar Alghabra, Minister of Transport of Canada, had previously promised that the offending passengers would be held responsible for their actions.

“Our government takes reported incidents like these very seriously,” Alghabra said in a joint statement with Health Minister Jean-Yves Duclos and Public Safety Minister Marco Mendicino. â€œWe have asked our respective ministerial officials to immediately launch an investigation into these allegations of non-compliance with COVID-19 and aviation safety rules and regulations. “

Passengers who violate these regulations could be subject to fines of up to Can $ 5,000 (approximately US $ 3,925) per violation, officials noted.

Trip organizer Awad, meanwhile, maintains that all passengers were tested before the private flight on December 30. He now says his travel company is working “around the clock” to get the tour group home.