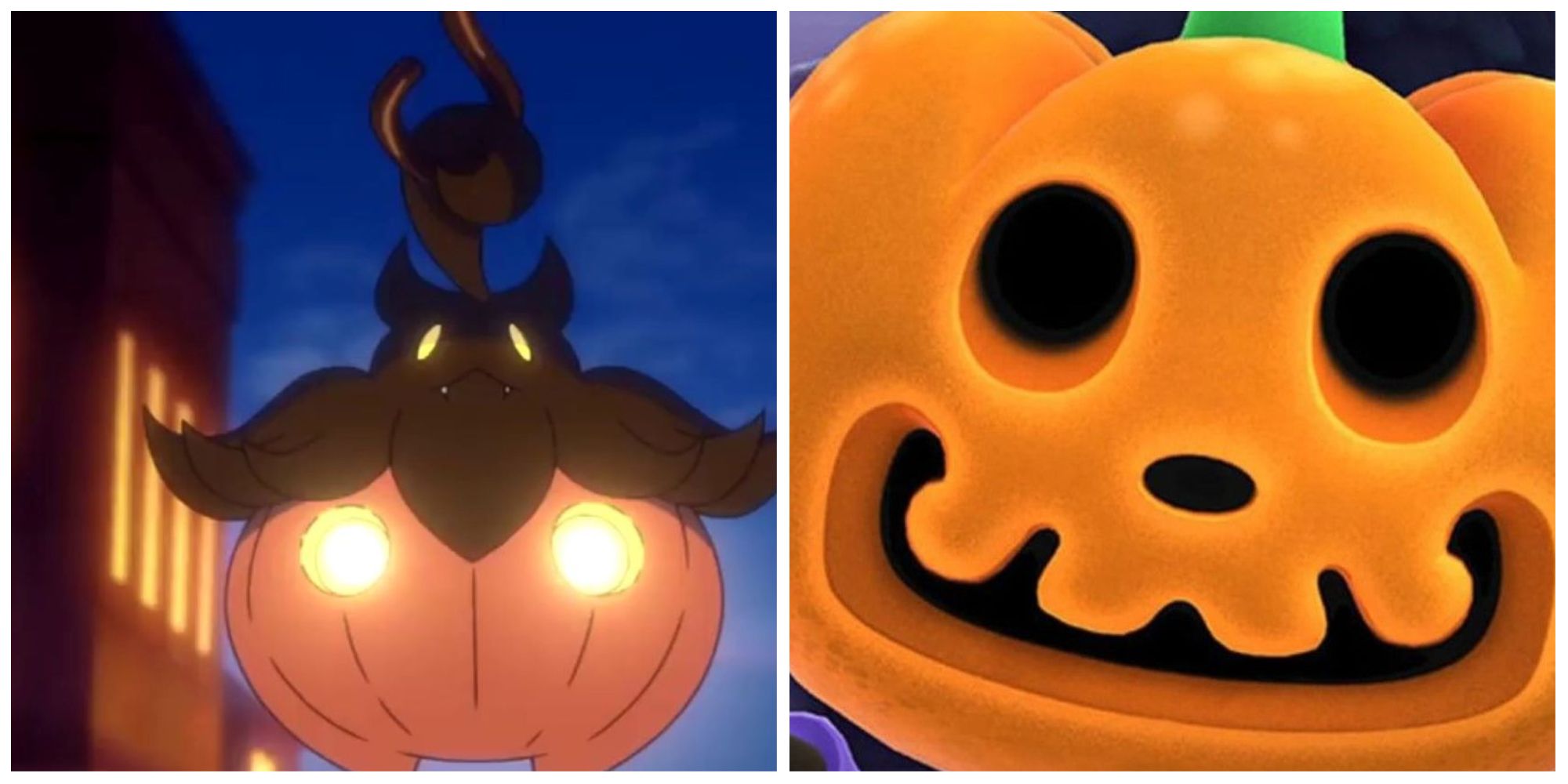 The leaves are changing color, a chill is in the air, and Pumpkin-Spice is all there. It’s officially fall, and that means spooky season is upon us. A symbol of Halloween festivities is the Jack O’Lantern, a gutted pumpkin carved with an excitable smile that lights up Halloween night.

Video games have traditionally embraced the spirit of Halloween, whether with horror-focused games or games with fun and spooky sections. Thus, the lobotomized squash is not far behind, appearing in various forms, and often being more dangerous than it appears. Here are some incarnations.

Just when it seemed safe to write a listicle, the dreaded Minecraft raises its head in the shape of a cube. It lands on the list along with the moans of zombies and hisses of vines, as the writer is powerless to deny the game’s versatility and immersive mechanics. This Halloween, get ready for the Minecraft Jack O’Lantern.

Yet another example of how anything can be done in Minecraft, Jack O’Lanterns can be created using a pumpkin, a set of shears, a torch, and a craft table. If you want to do a trick-or-treat, it is even possible to make custom faces on them. They could light the way if one ends up getting lost on their map, like Hansel and Gretel.

It wouldn’t be a list of Jack O’Lanterns if it didn’t include the Pumpkin King himself, Jack Skellington. The romantic master of fright has captured the hearts of Goths and emo kids everywhere since appearing on Disney’s The Nightmare Before Christmas.

Jack returned to the scary musical video game The Nightmare Before Christmas: Oogie’s Revenge on PS2 and Xbox, thanks to Capcom and Buena Vista Games. Jack’s Pumpkin King costume has the sinister, stretched smile that will send a shiver down anyone’s spine. The suit also grants Jack fire abilities that allow him to set enemies on fire in his path.

animal crossing always has something new to discover. Gameplay revolves around the system’s internal clock, whose passage of time between game sessions determines events at any given time, making the village feel like a living, breathing world.

RELATED: A Plague Tale: Requiem Might Be The Spookiest Game This Halloween

animal crossing comes to life, or the afterlife, during Halloween, when villagers dress up as Jack, a pumpkin-headed spirit who visits every Halloween, hoping to get candy from the series’ iconic villager. Jack has big round eyes and a big mouth full of teeth, which makes for a scary, yet inviting face for kids at the same time.

As the Sega Dreamcast was ultimately the end of SEGA’s time in the console market, the system came out kicking and screaming with Sonic Adventure 2. The game follows the same story through the perspective of two distinct character casts: Sonic’s team including Tails and Knuckles, and the villainous side including Shadow, Eggman, and Rouge.

The game sees Knuckles and Rouge visiting Pumpkin Hill. The spooky vertical environment is watched over by giant Jack O’Lanterns sitting atop pillars and mountain peaks. Their malevolent faces give the impression that something treacherous is still watching the echidna and the bat.

3/7 Sora’s innocent face can be deceiving

Ah, yes, the Disney Empire pricks up its mouse ears once again, this time in the form of the Kingdom Hearts Disney and Square Enix RPGs. This franchise brings together characters and worlds from classic Disney films with characters from Square Enix. Final Fantasy franchise.

As Sora, Donald, and Goofy jump from world to world, they sometimes change shape to blend in with the local population. Such is the case in Halloween Town, where Sora dons an appropriately creepy black outfit with a Jack O’Lantern mask that covers part of his face. The mask’s sneaky wink tells residents they can trust him, but those devil horns hint at a more mischievous side.

The great thing about Stardew Valley is that the game has no sense of urgency. It’s about appreciating life and all it has to offer from the perspective of a new farmer making a living in the quiet community of Pelican Town.

Community functions often take place in the town square, including the Spirit’s Eve Festival, which takes place on the 27th of Fall in the game. It features a spooky maze, living skeletons, and a stall where farmers can buy special items to Pierre, including a Jack O’Lantern that will scare the lawn of their house.

1/7 Pumpkaboo is so cute, except it kills.

It’s easy to lose sight of how many Pokemon there are, considering there are almost a thousand of them at this point. Many Pokémon models are based on real-world objects. A spooky Pokemon for the Halloween season is Pumpkaboo, based on Halloween Jack O’Lanterns.

At first glance, this seems like something adorable from the Nintendo brand, but it’s actually quite terrifying. These things are possessed by restless ghosts who guide souls to the afterlife. His evolved form, Gourgeist, will deliberately get adults and kids alike carried away.

MORE: Free Steam Horror Games To Check Out This Halloween

John Harris Dunning on memory and atmosphere in ‘Wiper’ • AIPT