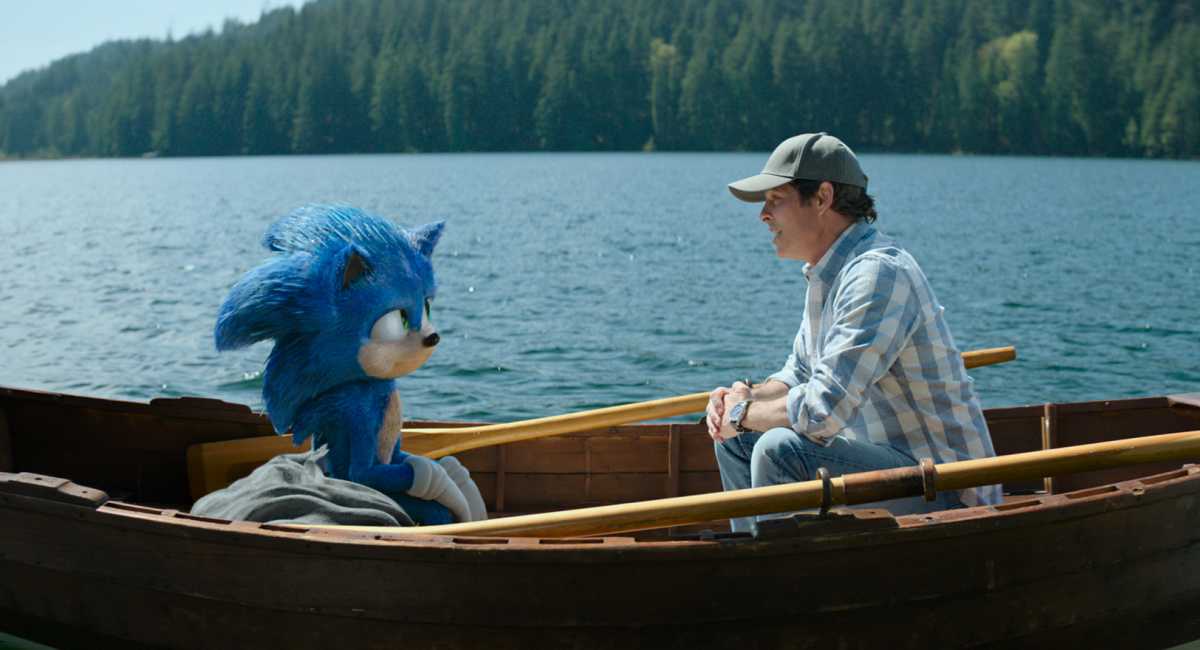 Ben Schwartz and James Marsden talk about “Sonic the Hedgehog 2”

The film again stars Ben Schwartz (“The Afterparty”) as the voice of Sonic, and adds Colleen O’Shaughnessey as the voice of Tails and Idris Elba as the voice of Knuckles to the cast. Jim Carrey also returns as the villainous Dr. Ivo Robotnik, along with James Marsden and Tika Sumpter who reprise their roles as Tom and Maddie Wachowski, respectively.

The plot of the new film revolves around the return of Dr. Robotnik (Carrey), along with his new ally Knuckles (Elba), determined to conquer Earth. Now Sonic (Schwartz) and his new friend Tails (O’Shaughnessey) must stop them before they succeed in their plans for world domination.

Moviefone recently had the pleasure of speaking with actors Ben Schwartz and James Marsden about their work on “Sonic the Hedgehog 2″.

Ben Schwartz and James Marsden from Paramount Pictures and Sega of America’s ‘Sonic the Hedgehog 2.’

Moviefone: Starting with Ben, what has Sonic been up to since we last saw him?

Ben Schwartz: Oh my God. He tried to transform into a superhero, like a Batman-like figure between when he beat Robotnik. He has a little more confidence in himself and he says, “You know what? I could do this on my own. He kind of starts to pull away from Tom and is like, ‘I can do this.’ Throughout the film, we learn that it’s okay to ask for help. We also learned that you need your friends to get things done.

MF: James, in many ways Tom is like a father figure to Sonic. How has he coped with Sonic since the events of the last movie?

James Marsden: Yeah, he fumbles a bit here and there. He’s still trying to learn how to be a dad. I think it surprised him that he had to take on this role because in the first film they were more than buddies.

They were kind of equal pals, and now Tom and Maddie are seeing him act. Not acting in a bad way, but the normal way kids move into their teenage years. He’s unique in that he has all these crazy superpowers. He has a good heart and he wants to do good and help people. It’s just a little rough around the edges. It’s a diamond in the rough, I think. A shiny piece of coal.

MF: What kind of advice did Tom give Sonic to try to help him?

JM: Well, I think Sonic has this image in his head of what he wants to be. He has superpowers, and he grew up watching all these movies. He grew up watching “Batman” and all those superhero movies, and he wants to be one of them. I think he’s kind of stuck on the idea of ​​being a hero and striking the right pose. Tom sort of redirects him and says, “It’s not about that. It’s about helping others. It’s about taking responsibility for others. It’s about knowing when to use your power and when not to.

It’s just something that Tom gently tries to instill in him without crushing his spirit or shaming him or anything like that. It’s like a kind of parental advice. I hope I think if you see the movie it starts to settle into your subconscious. He may find himself in situations where he has to be responsible for someone else, and we see him making the right choices.

MF: Well, what can you tell us about the new characters in the film, Tails and Knuckles?

BS: Well, if you are a fan of video games, the two characters we featured in this one are fan favorites. Tails is like a sycophant from the world of Sonic who is voiced by Colleen (O’Shaughnessey), who is amazing and good at gadgets. Then we have the nemesis, Knuckles, who is played by Idris Elba and he has this raw strength. To actually see Sonic have someone who can match and who is even stronger than him is so exciting to see.

Plus, he’s someone from his home planet, which is even more exciting because the idea is that he feels so detached from this world, and they finally get here, but they’re already at odds with them. with each other. So that was super fun. Then, doing voice acting alongside these two people was a dream come true.

“Welcome to the next level.”

The world’s favorite blue hedgehog is back for a next-level adventure in SONIC THE HEDGEHOG 2. After settling down in Green Hills, Sonic can’t wait to prove he’s got what he’s got…