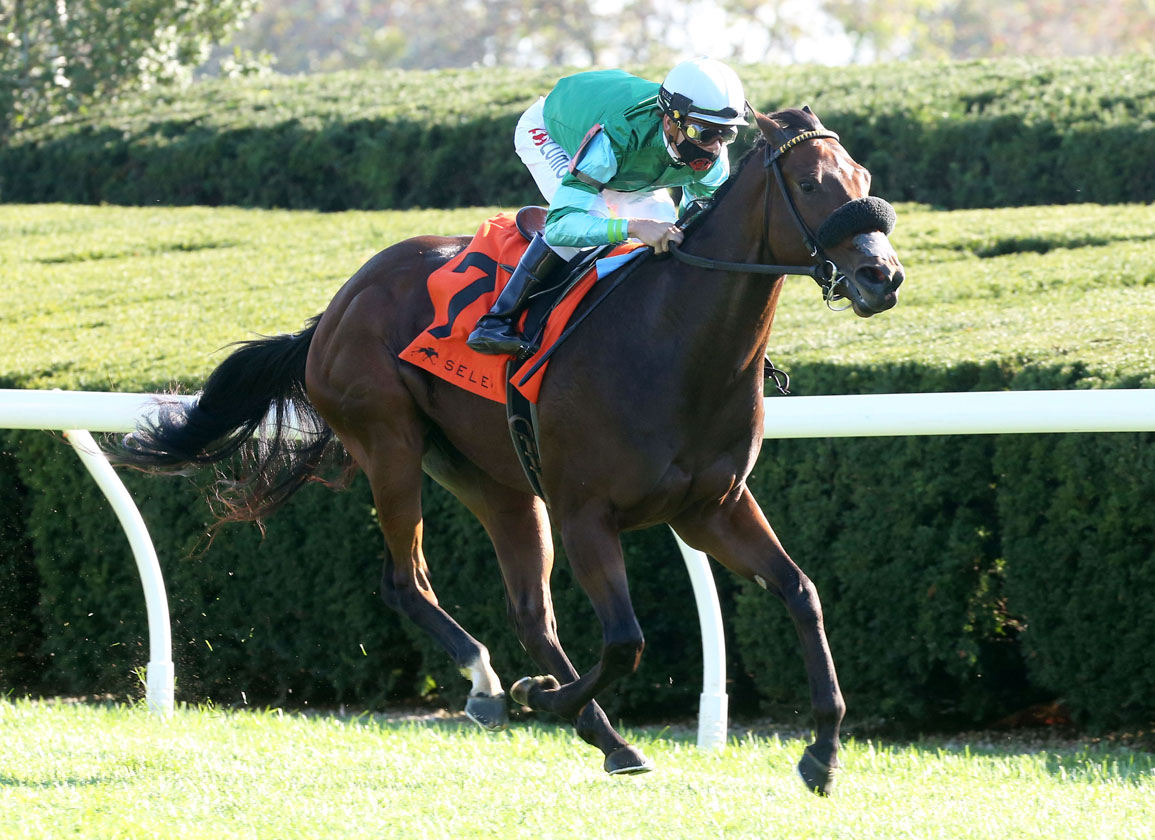 Hat Creek Racing’s Averly Jane (Midshipman â€“ Sh Sh Shakin ‘, by Richter Scale) powered home one of the top winners of the Indian Summer S. of Keeneland, a’ Win and You’re In ‘race for the GI Breeders’ Cup Juvenile Turf Sprint at Del Mar November 5. Unbeaten in three previous starts for coach Wesley Ward, including an impressive score in the Skidmore S of Saratoga. Up front like a blow she rolled through the opening slots of: 21.64 and: 44.50. Turning on all the boosters late, Averly Jane crossed the line, winning four lengths over teammate Kaufymaker (Jimmy Creed). With the win, Averly Jane set a new stakes record of 1: 02.65 for 5 1/2 stages.

The Indian summer marked Averly Jane’s third score on the foals, as she had also faced and beat them in both the Skidmore and the Kentucky Juvenile S of Churchill on April 28. The bay filly has only faced her own gender once during her debut with an 8 3/4 length victory on April 15th at Keeneland. Indian summer was his first start on the lawn.

Coach Ward also won the Indian Summer in 2019 with another filly in Kimari (Munnings), whose other exploits included winning the GI Madison S from Keeneland last April.

Sh Sh Shakin ‘also produced 2018 Skidmore winner Chattel, whose injuries sustained from cutting his heels and falling into the stretch at Kentucky Downs later that year caused his death. The mare also has a one-year-old colt by Brody’s Cause, which was sold for $ 45,000 to Emerald Farm as a little yearling Fasig-Tipton, and was bred to World of Trouble for the next term.