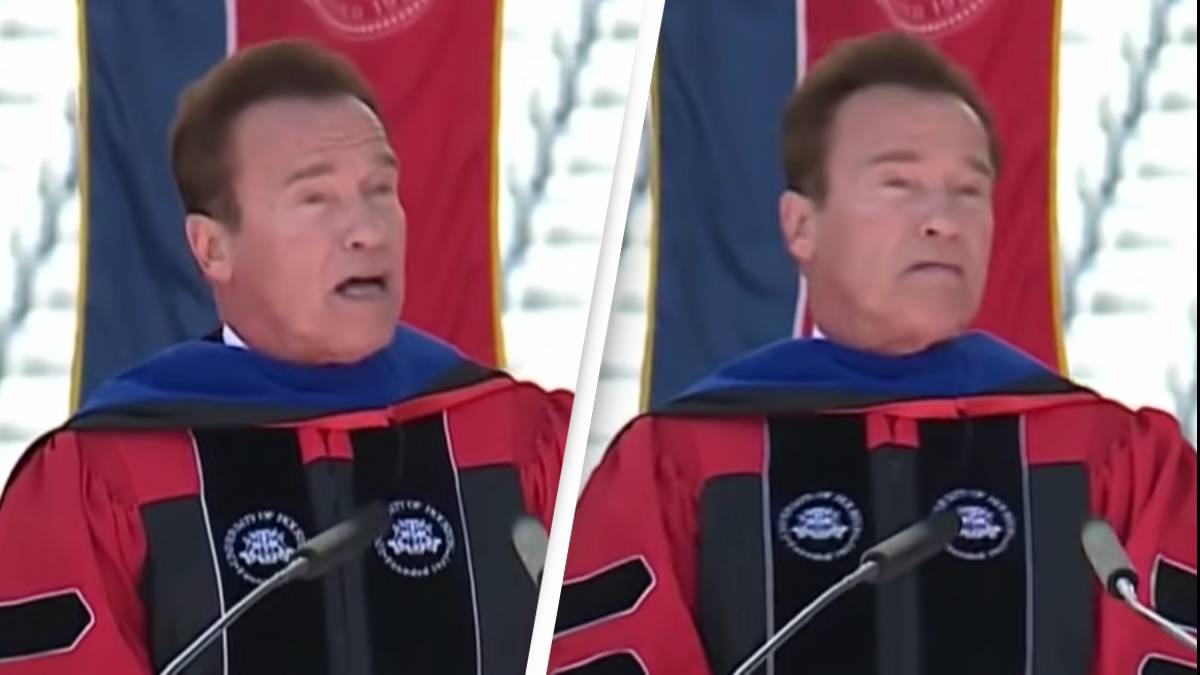 Arnold Schwarzenegger’s talk about the concept of self-made success has gone viral again, after being hailed online as “big words to live by”.

The actor and former bodybuilder originally shared his deep thoughts on the matter during his commencement speech at the University of Houston in May 2017.

He explained that he didn’t believe he could call himself “autodidact”, only because the label discounted the fact that he “wouldn’t have made it” without the help of others.

Schwarzenegger recalled how he came to the United States after being encouraged to do so by bodybuilding icon Joe Weider, co-founder of the International Federation of BodyBuilders and creator of the famous Mr Olympia competition.

“It was Joe Weider who brought me to America, to the greatest country in the world, to give me the opportunity to train at Gold’s Gym and find me a little apartment,” Schwarzenegger said.

“I came here with absolutely nothing. It was his help. I had $20 in my pocket and sweaty clothes in the gym bag. I had this little apartment and on Thanksgiving Day the bodybuilders from Gold’s Gym came to my house and they brought me pillows, dishes, silverware, all those things that I didn’t have.

“And even a black and white TV and the transistor radio, which I still have today on the coffee table next to my bed. The generosity I saw. The amount of help I received when I came to America was absolutely amazing, I saw with my own eyes how generous the American people are. And then at Gold’s Gym, there was a magical place with all the champions, Mr. Americas, Mr. World, Mr. Universe, everyone training, powerlifters, Olympic champions and so on. And they helped me go from an amateur champion to a professional champion.

Schwarzenegger recalled how after that he “won championship after championship” and “became the greatest bodybuilder of all time.”

But he stressed: “I wouldn’t have done any of this on my own. So that’s why I don’t believe in the self-made man and even when it came to show business, it was the same thing. I mean – you’ve read the stories that Schwarzenegger decided overnight to retire from bodybuilding and go into acting. And in no time he made Conan the Barbarian and Terminator and Commander and so on. Well, that’s true, but that’s only half the story because in reality, without a lot of help, I wouldn’t have made it.

After addressing the university, Schwarzenegger shared footage of his speech on YouTube, writing, “My message: never call me a self-made man. Once you realize that you are the product of a lot of help, you will recognize that you need to help others.

The images have now resurfaced online with people on Reddit praising the “inspiring” words.

One user wrote, “Well said, everyone needs help at some point in their life, especially just getting started on their own.”

Someone else said, “Big words for living.”

Another added: “Damn what a talk!”

A fourth joked: ‘I was going to say he killed that speech but he definitely ended it… I’ll see myself out…’