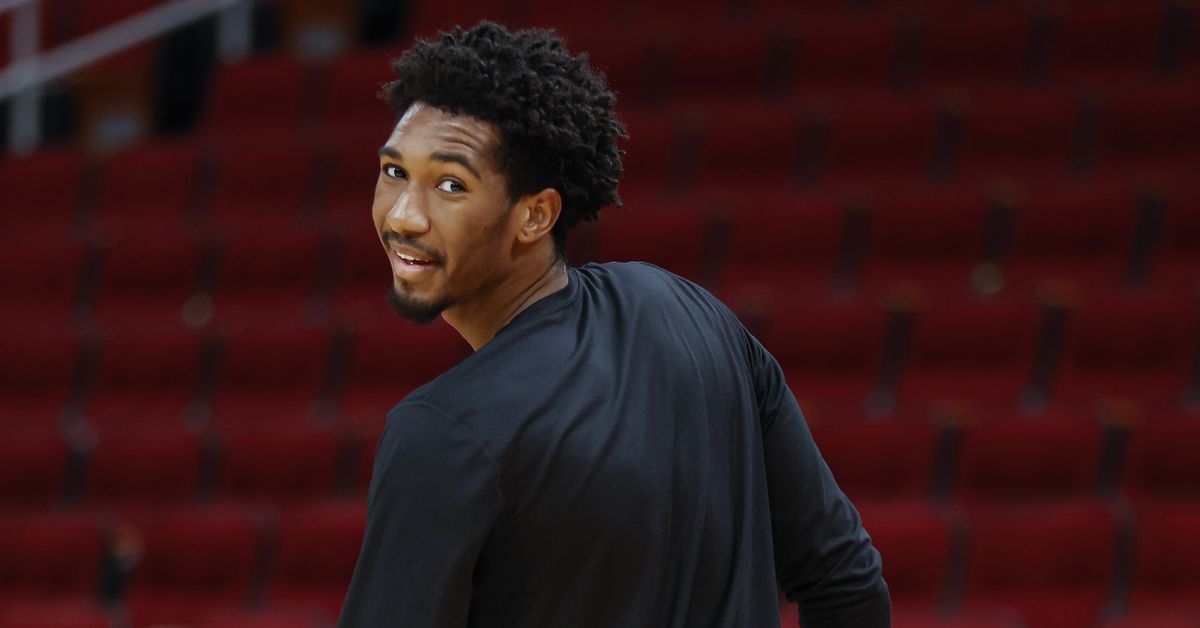 Armoni Brooks back in G-League, could still return to Houston

One of the victims of the trade deadline for the Houston Rockets was sniper Armoni Brooks, who was waived following the deal for Dennis Schroder and the signing of Daishen Nix.

But according to a recent report from Kelly Iko of The Athletic, Brooks is back in the G-League, joining the College Park Skyhawks. And there’s still a good chance he’ll come back with the Rockets. In fact, he’s reportedly turned down multiple deals back and forth in order to keep his options open, indicating he has a good idea he’ll be welcome at some point.

Arguably Houston’s best three-point shooter from a skill-level perspective, Brooks nonetheless struggled to fight deep in the scoring this year, knocking down just 30% of his triples overall. And his defense was barely good enough to keep him down (or on the team) if he didn’t hit his shots.

But with the Rockets still rebuilding, it looks like they aren’t ready to close the book on the 23-year-old shooter just yet.

Brooks has averaged 6.2 points, 2 rebounds and 1.2 assists on 34.7% from the field this year for the Rockets. Keep an eye out for his return to H-town.

After sit-ups on stage to apologize to voters, BJP’s Bhupesh Chaubey goes viral for giving oil massage to elderly man